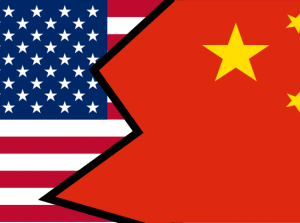 Has the United States ever experienced a time when a foreign nation has attempted to buy up so much of our land all at once?  As you will read about in this article, the Chinese are on a real estate buying spree all over America.  In fact, in some cases large chunks of land are actually being given to them.  Yes, you read that correctly.  China is on the way to becoming the dominant land owner in the entire country, and that is starting to alarm a lot of people.  Do we really want a foreign superpower to physically own so much of our territory?

Gov. Robert Bentley said Friday that he will announce an economic development project in Thomasville, Ala., Monday morning.

That project is likely a copper tube plant to be built by Golden Dragon Precise Copper Tube Group. A legal notice published Thursday indicates that the city of Thomasville and others intend to give land and other incentives to GD Copper USA, which state corporation records identify as a Florida-based subsidiary of Golden Dragon.

The legal notice indicated the city plans to give Golden Dragon a 40-acre site. Thomasville Mayor Sheldon Day has said that land is in a city industrial park south of Thomasville High School. It includes a $1.5 million, 50,000-square-foot building that the city constructed in 2009 to attract businesses.

But in most cases, the Chinese actually have to spend money to acquire our real estate.  And they are starting to make some really high profile acquisitions in some of our most expensive cities…

China Vanke and Tishman Speyer signed a deal for a $620 million luxury condo project in San Francisco this winter. In April, another deal for a cool $1.5 billion was inked in Oakland between Zarsion and Signature Development Group.

In June, several big deals in New York City went down. Zhang Xin, CEO of Soho China , joined forces with the wealthy Safra family (of Banco Safra fame) of Brazil to buy a stake in the General Motors Building in Midtown, The New York Times reported on June 25. Dalian Wanda Group, another Chinese developer, is planning to build a greenfield luxury hotel in Manhattan.

In other cases, the Chinese are gaining control over vast tracts of U.S. territory by buying up our large corporations.

For example, when the Chinese purchased Smithfield Foods, they suddenly owned 460 large farms and became the top employer in dozens of communities all over the United States…

Smithfield Foods is the largest pork producer and processor in the world.  It has facilities in 26 U.S. states and it employs tens of thousands of Americans.  It directly owns 460 farms and has contracts with approximately 2,100 others.  But now a Chinese company has bought it for $4.7 billion, and that means that the Chinese will now be the most important employer in dozens of rural communities all over America.

And the Chinese seem to have a particular interest in economically-depressed areas of the country.  Perhaps they feel that now is the time to gobble up companies and properties in such areas for bargain-basement prices.  For instance, the following is from a CNBC article that detailed how the Chinese are aggressively “putting down roots in Detroit”…

Dozens of companies from China are putting down roots in Detroit, part of the country’s steady push into the American auto industry.

Chinese-owned companies are investing in American businesses and new vehicle technology, selling everything from seat belts to shock absorbers in retail stores, and hiring experienced engineers and designers in an effort to soak up the talent and expertise of domestic automakers and their suppliers.

Speaking of Michigan, one company known as “Sino-Michigan Properties LLC” actually had plans to buy up 200 acres of land near the town of Milan, Michigan.  The goal was to build an entire “China City” with artificial lakes, a Chinese cultural center and hundreds of housing units for Chinese citizens.

But that is nothing compared to the “China City” that was being planned for New York state.  The following is a short excerpt from one of my previous articles…

The Chinese have made trillions of dollars flooding our shores with super cheap products, and now they are using some of that money to buy land and property all over America.  For example, there is now a proposal to construct a multibillion dollar “China City” that would span approximately 600 acres in a remote area of New York state.  This “China City” (that is actually what it would be called) would be located on Yankee Lake in Sullivan County, New York.  The plans anticipate large numbers of Chinese businesses, plenty of homes for Chinese immigrants, a Chinese high school, a college, a casino and even a theme park.  And the first 600 acres is only for “phase one” of the plan.  Ultimately, the goal is for “China City” to cover more than 2,000 acres.  Those promoting this plan say that it will be a great way for New Yorkers to learn to appreciate Chinese culture.

But of much greater concern is the huge wave of real estate purchases that are quietly happening all around us every single day.

So what happens when we get to the point when the Chinese government and/or Chinese citizens own 10 percent of all the real estate in the entire country?

Will it be a problem then?

At what point will we be forced to admit that we have a major problem on our hands?

Many of our leaders seem resigned to the fact that the future will be dominated by communist China.

For example, the President of the St. Louis Federal Reserve recently stated that “attitudes in the U.S. are going to have to change” because America “will not permanently be the global leader”…

That’s according to Federal Reserve Board of St. Louis President James Bullard, who spoke to the Wall Street Journal on the sidelines of a conference during a recent visit to Hong Kong.

“Attitudes in the U.S. are going to have to change, because the U.S. will not permanently be the global leader,” Mr. Bullard said.

In fact, Bullard insists that it is inevitable that the U.S. will end up playing second fiddle to communist China…

And this is one of the guys that is running the U.S. economy?

There is more than one way to dominate your enemy, and the Chinese understand this.

Sadly, most Americans have absolutely no idea what is happening.

What do you think about all this? 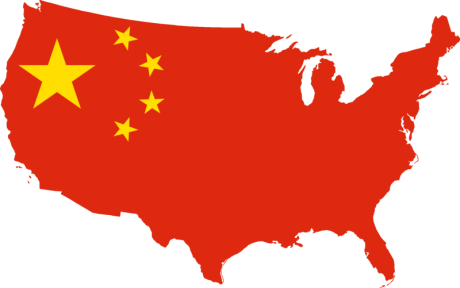