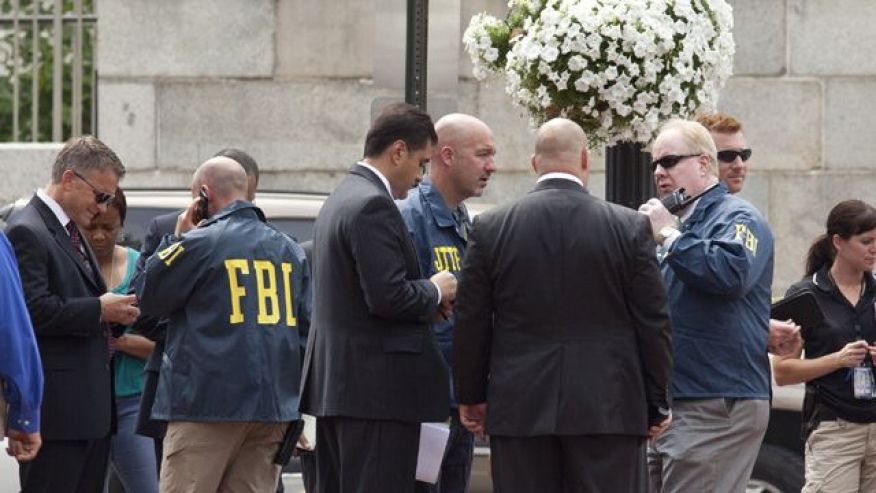 He was recruited in February and discharged last week, after authorities found out about his jihad plan. Of course, there are no safeguards in the recruitment process to screen out potential jihadis. Hamas-CAIR would never allow that — and they have far too much influence in Washington.

How many more jihad plots like this have to be uncovered before we return to common-sense policies? If Muslims must be in the U.S. military, they should at least be closely questioned about their views of jihad and allegiance to the U.S. Yes, they may lie, but a seasoned investigator will be able to spot signs of that. At least it would be something, rather than the present Obama-era abject politically correct surrender.

EXCLUSIVE: The FBI is searching for a recent Army recruit believed to be planning a “Fort Hood-inspired jihad against U.S. soldiers,” FoxNews.com has learned.

The alert, whose legitimacy was confirmed by military and law enforcement officials, stated that a man identified as Booker had told friends of his “intention to commit jihad.” Booker, who is also known as Muhammad Abdullah Hassan, was recruited by the U.S. Army in Kansas City, Mo., in February 2014 and was scheduled to report for basic training on April 7. But he was discharged last week, apparently after law enforcement authorities learned of his alleged plan.

Both the FBI and the 902d Military Intelligence Group at Fort Leavenworth are involved in the hunt.

The alert, a copy of which was obtained by FoxNews.com, was sent out by the FBI’s Kansas City Division on Friday and distributed through the U.S. Marine Corps. The portion obtained by FoxNews.com did not include Hassan’s photo or age. It was also sent to the Kansas City Police Department, which could indicate authorities believe he may have remained in the area where he was recruited.

The alert is titled, “Planned Fort Hood-inspired Jihad against US Soldiers by Army Recruit” and was issued “to inform and protect officers who may encounter this individual or others exhibiting the same aspirations.” The source of the information contained in the alert was listed as “An FBI agent.”

According to the alert:

“On 20 March 2014, the Kansas City Division FBI became aware of an individual named BOOKER aka Muhammad Abdullah Hassan who had publicly stated his intention to commit jihad, bidding farewell to his friends and making comments indicating his jihad was imminent. BOOKER had been recruited by the US Army in Kansas City, Mo., in February 2014 and was scheduled to report for Basic Training on 7 April 2014. Kansas City Division Agents interviewed BOOKER on 20 March 2014.”

Marine Corps spokesman Capt. Ty Balzer confirmed the alert’s legitimacy, but referred questions to the FBI. A spokeswoman with the Kansas City Division of the FBI — the same division responsible for sending out the alert and who, according to the alert, spoke with Booker on March 20 — said she did “not have any information to provide in regards to your inquiry.”

Law enforcement sources familiar with the alert said it appeared to suggest that there may be others in addition to Booker who also might have expressed similar intentions to commit jihad against U.S. military installations.

A military source said it appeared the bulletin was provided by the FBI, then distributed by the Marine Corps under the normal protocol of sharing any information relating to a potential threat to U.S. military installations or personnel.

A spokesman for the Kansas City recruiting station where Booker enlisted referred FoxNews.com’s questions to 902d Military Intelligence Group, which did not immediately return requests for comment.

The Fort Hood shooting, referenced in the alert, took place on Nov. 5, 2009. U.S. Army Maj. Nidal Hasan, a psychiatrist who had become a radical Muslim while serving in the military, killed 13 people and injured dozens more inside the Texas Army base. Hasan, who represented himself at a military trial after clashing with his appointed attorneys, was sentenced to death in August.