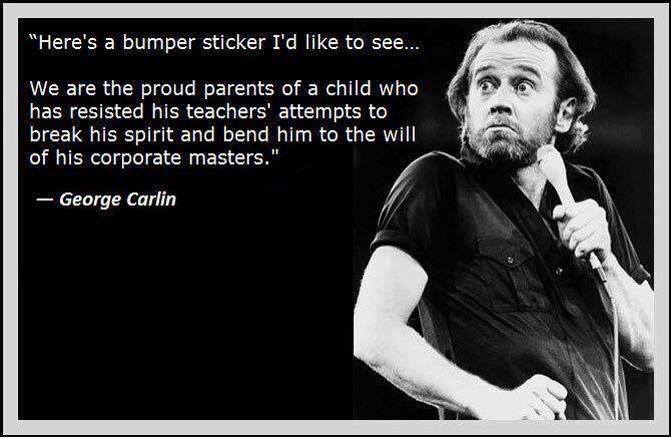 Common Core is an undisputed and unmitigated disaster. The two rollout states, New York and Florida, are already taking steps to remove themselves from Common Core. This is largely due to the fact that both New York’s and Florida’s student test scores have gone into the toilet since they embraced Common Core. Many advocates are clamoring for the dismantling of this UN inspired approach to education which perverts both math and English and will force children to read government propaganda as opposed to classic literature.

All federalized education programs have thrown billions of taxpayer dollars down the toilet, while contributing to the dramatic decrease in student performance. For example, SAT Reading scores, for the high school class of 2012, reached a 40+ year low since the implementation of No Child Left Behind. (NCLB). Common Core is NCLB on steroids.

No teacher and no school board member was asked to contribute to the Common Core standards. Nor was any State Legislature involved in the creation of this monstrosity.

Under this plan, every teacher will teach the same material with much of the same teaching strategies as every other teacher. This is the 21st Century educational version of the Stepford Wives. The Tenth Amendment is dead and individual freedom is being stamped out.

Isn’t it interesting that our government says that their Common Core goal is to get students ready for college while at the same time, the government is overseeing an increase in college tuition which is eight times greater than the inflation rate as well as running a corrupt student loan program which is making debt slaves out of college students.

I laugh at the Common Core advocates who say the program is designed to get students ready for college because there is not one legitimate shred of statistical proof to back up the claim. In fact, all of the credible research maintains that educational achievement will go backwards under Common Core.

It is very disturbing that it remains unclear what governance structure will be created in the future to address issues related to the Common Core Standards. What is clear is that the Standards are owned and copyrighted by nongovernmental (NGO) entities unaccountable to parents and students in individual states. This is the pure definition of governmental tyranny.

In Arizona, in response to community push back against Common Core, State Secretary of Education, John Huppenthal declared that Arizona was not embracing Common Core. In reality, all Huppenthal did was change the name of Common Core to College Readiness. However, the curriculum is Common Core, word for word. I am not sure what is more disgraceful, Huppenthal’s disingenuous leadership, or the stupidity of Arizona citizens to accept this poorly disguised sleight of hand approach to conceal the obvious agenda.

The successor of NCLB, Common Core, is based upon social justice, arriving at knowledge and subsequent decision making through a spirit of collectivism and developing a communal agreement about the need to teach and to integrate into each classroom an underlying theme of sustainable development. These goals are not just going to be taught in specific Environmental Science courses,but these philosophies are to be implemented and taught in EACH and EVERY course that a child takes during their educational experiences beginning with pre-K and stretching to post graduate secondary education.

Globalist and Eugenics proponent, Bill Gates, is one of the Founding Fathers of the Common Core movement and its copyright holders, NGA/CCSSO. Gates donated about $25 million dollars to promote his version of global education.  Gates has made several donations to CCSSO to promote Common Core. In 2009, Gates made two separate donations of $9,961,842 and $3,185,750. In 2010, Gates donated $743,331 and in 2011, he contributed $9,388,911. In 2008, Gates donated $2,259,780 to the National Governor’s Association (NGA) to develop and implement Common Core. The NGA is the conduit into America from the United Nations UNESCO, Education for All Agenda 21 version of globalist education being forced down the throats of our young people. And the elitist Gates has rigged the game. Under Common Core, individual school districts will have to invest tens of millions of dollars on computers so that each child can take the national PARCC Assessment and guess who is going to make money on the purchase of these computers?

Gates is listed as partner with UNESCO/UN to fund ”Education For All,” which in turn was transferred to the National Governors Association which changed the name to Common Core. In a key document, The Dakar Framework for Action: Education For All: Meeting Our Collective Commitments’ which identifies the goals for what became Common Core. The document speaks directly to the Agenda 21 educational ideals of collectivism, social justice, environmental justice and the espousing of the beliefs of the pseudoscience known as sustainable development. In short, your child is being conditioned to be a good little stooge for the New World Order.

Chapter 36 of Agenda 21 Public Awareness and Training focuses on impressing upon every citizen on the planet, the indispensable need for achieving sustainable development. In plain language, Common Core is going into every country. The implementation names of this global education may vary, but the underlying Agenda 21 philosophies do not. Chapter 36 also states that the globalists plan to “reorient” worldwide education toward sustainable development. In future installments in this series, the weak academic standards of Common Core will be revealed.

Reform of the nation’s standardized objectives is merely a smoke screen to the true intent of the program which is to covertly gain acceptance for Agenda 21 policies. Subsequently, the Agenda 21/UNESCO documents clearly state their intention to turn each student into a globalist who will accept smaller living space, residing in the stack and pack cities of the future, acceptance of drastic energy reduction and the loss of Constitutional liberties. The document goes on to say that “While basic education provides the underpinning for any environmental and development education, the latter needs to be incorporated as an essential part of learning. Both formal and non-formal education are indispensable to changing people’s attitudes so that they have the capacity to assess and address their sustainable development concerns…”

Math And English Under Attack, but Propaganda Is Alive and Well

The concerns about Common Core are many and varied and limited space prevents me from listing all the concerns. Instead, I have chosen to list merely a cross-section of concerns regarding the Common Core math curriculum.

The exclusion of key math concepts is commonplace under Common Core. The Pioneer Institutes examination of Common Core revealed the following deficiencies:

·         “Common Core fails to teach prime factorization and consequently does not include teaching about least common denominators or greatest common factors.

·         Common Core fails to include conversions among fractions, decimals, and percents, identified as a key skill by the National Council of Teachers of Mathematics.

·         Common Core de-emphasizes algebraic manipulation, which is a prerequisite for advanced mathematics, and instead effectively redefines algebra as “functional algebra”, which does not prepare students for STEM careers.

·         Common Core does not require proficiency with addition and subtraction until grade 4, a grade behind the expectations of the high-performing states and our international competitors.

·         Common Core does not require proficiency with multiplication using the standard algorithm (step-by-step procedure for calculations) until grade 5, a grade behind the expectations of the high-performing states and our international competitors.

·         Common Core does not require proficiency with division using the standard algorithm until grade 6, a grade behind the expectations of the high-performing states and our international competitors.

·         Common Core starts teaching decimals only in grade 4, about two years behind the more rigorous state standards, and fails to use money as a natural introduction to this concept.

·         Common Core fails to teach in K-8 about key geometrical concepts such as the area of a triangle, sum of angles in a triangle, isosceles and equilateral triangles, or constructions with a straightedge and compass that good state standards include.”

I found more examples of Common Core taking student achievement backwards through delaying when children learn which type of math.

Dr. Duke Pesta is a English professor from the University of Wisconsin. He is also one of the leading voices in the country, speaking out against the Common Core Curriculum. Pesta speaks clearly to the fact that our children’s appreciation of the classics is in real jeopardy. Under Common Core, children are exposed to 50% informational texts as opposed to 100% traditional classic literature as has always been the case. Dr. Pesta, listed in the video below, clearly states that 50% of the classics will be replaced by children being forced to read Obama’s Executive Orders, unchallenged climate change documents with no dissenting opinion and various social justice documents.  Pesta also claims that home-schooling is not a viable option for escaping the Common Core Curriculum because the ACT and the SAT have been taken over by Common Core advocates and are changing the tests to reflect the Common Core Curriculum. The globalists have us coming and going.

On March 23rd, I interviewed Charlotte Iserbyt about the present state of education in the United States. As bad as Common Core is, according to Charlotte Iserbyt, Common Core is a distraction and its ultimate purpose is to destroy public education. Iserbyt, a former Senior Policy Educational Analyst under President Reagan, states that School Choice is the real enemy. Iserbyt feels that Common Core is so egregious it will lead to a mass exodus to charter schools in order to escape its pitfalls. She is leery of charter schools because of the fact that they do not have elected school boards. And therefore, charter schools are free to input any curriculum without any parental opposition because charter schools do not have elected school boards. Ultimately, School Choice initiatives will prove to be the death of parental control over education and the schools will become bastions of a Hitler Youth Movement. In which free-flowing government propaganda will inundate our children with Agenda 21, globalist views. Remember, Professor Pesta stated that 50% of a literature class will be filled with students reading things like Presidential Executive Orders.

Iserbyt’s views seem to be justified because, Huppenthal is making robocalls to Arizona citizens and encouraging them to spend their “school choice vouchers” on private education. This should be an impeachable offense in that the State Superintendent of Education would be, in any way, lobbying for public funds to go to anything but a public school. Why would head of Arizona’s education system advocate for the erosion of Arizona’s public education system? My answer would be the same reason as to why the banksters installed Obama as the President.

It seems the prudent course of action would consist of removing Common Core from the public schools and restoring the oversight of education to where it belongs, with local school boards. Once local schools are removed from Common Core, then it is time to truly reform our schools with local oversight, not federally mandated controls. This is a doable task because citizens can exact pressure on local legislators to abandon Common Core. Meanwhile, the globalist brainwashing of your children continues full speed ahead.