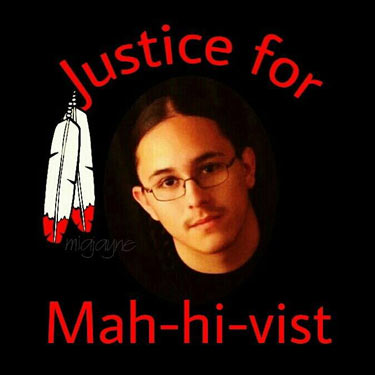 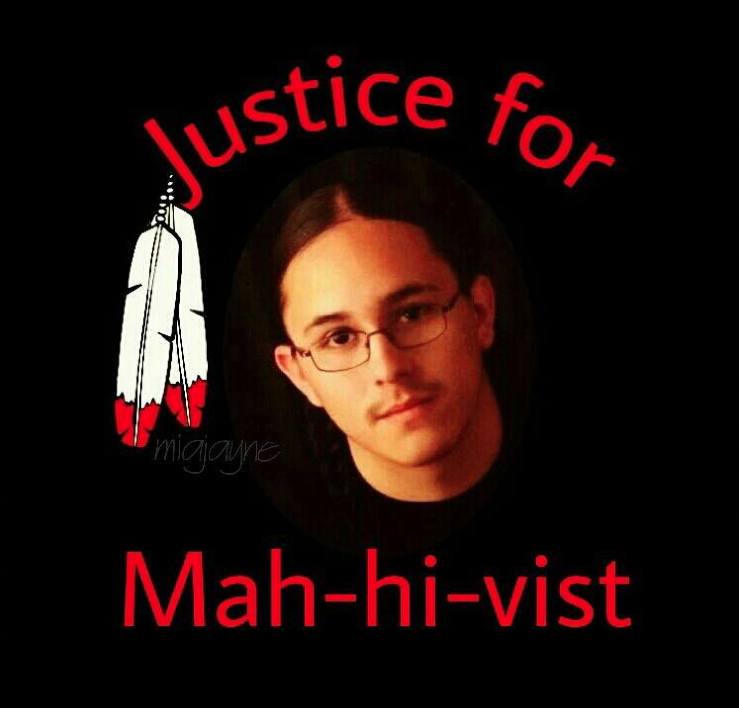 Aren’t the cops supposed to protect and serve?

Two Clinton, Oklahoma parents called police back in December 2013 because they were worried their 18-year-old son, diagnosed with oppositional defiant disorder, might harm himself.

Apparently he did not have to harm himself. Moments after police entered the house, they shot the boy dead.

The autopsy has now revealed that Cheyenne-Arapaho Teen Mah-hi-vist “Red Bird” Goodblanket was shot a total of nine times that night: he not only had seven wounds to his head, torso, and right upper arm, but he was also hit twice with a taser.

His parents, Wilbur and Melissa Goodblanket, are currently waiting to find out whether or not the officers will face charges in the death of their son.

The two Custer County sheriff deputies who responded to the 9-1-1 call with two Oklahoma Highway Patrol Officers in tow that night claim the teen boy threatened them with a knife. The Goodblankets disagree, maintaining that their son was unarmed at the time.

Stories of families calling the police for medical help which end in the death of the person who needed that help instead are sadly becoming a trend in this country — right down to the age of the victim.

Back in January, two North Carolina parents of an 18-year-old who suffered from schizophrenia and depression called the police for help when their son, armed with a small screwdriver, was having a psychotic episode. The kid, who just turned 18 and barely weighed 90 pounds, had no history of violence. Three officers eventually responded to the call and they had decided to use tasers on the teen when one reportedly said, “We don’t have time for this” and just shot and killed him instead.

Even those two stories of cops killing the very people they were called to help are not isolated incidents. We live in a country where approximately 500 innocent Americans are killed by police every single year.

Goodblanket’s autopsy report officially lists his cause of death as a homicide.

Peaceful rallies hosted by Goodblanket’s friends and family will continue. The next is scheduled to take place at the North Plaza of the Oklahoma State Capitol in Oklahoma City from 1–4 p.m. on April 16th.