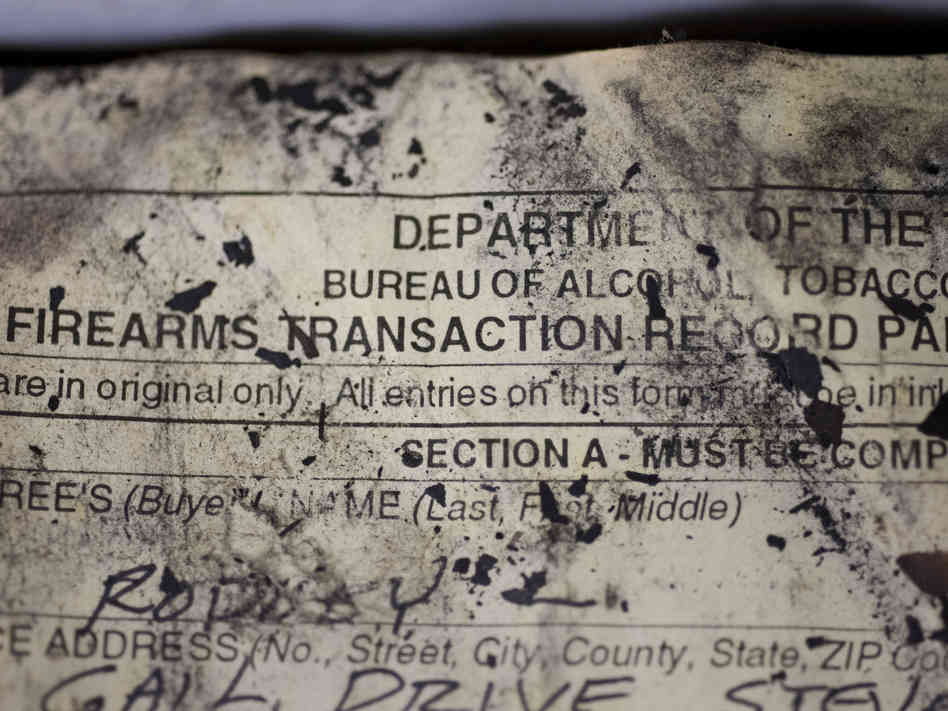 Last year, Gun Owners of America warned that the “ATF (Bureau of Alcohol, Tobacco, Firearms and Explosives) is going from dealer to dealer, copying the information on these forms (4473), and feeding it into a database.” We’ve seen, in recent weeks, how this unconstitutional agency is illegally terrorizing small business owners, such as Ares Armor, and raiding their establishments to gather information on their customers, in what many people believe is part of the plan to create a national gun registry database. Now comes another story out of Maine.

According to Phil Chabot, owner of Pac N Arms, the ATF also used illegal tactics to attempt to scan information on his customers as well.

Chabot has worked with the general public and various law enforcement agencies over the past twenty-two years and has many federal agents, including DEA, FBI, Homeland Security, ATF and US Marshals as customers.

Though Chabot acknowledges that ATF conducts Industry Operations Inspections (IOI – an audit that all firearms dealers [FFLs] may be subject to, during which the ATF verifies our inventory and is supposed to verify all paperwork and record-keeping is being done correctly and is properly maintained) every five years, I have pointed out that any and all federal gun laws are unconstitutional since the states never gave any authority to the federal government when it comes to restricting arms of US citizens. Therefore the agency, in its existence, is a violation of the federal constitution.

Chabot has engaged in numerous IOIs with the ATF that, according to him, are usually “completed within a week.” However, he said the most recent audit, which took place in August of 2013, “went on over two months, and it appeared to be little more than a thinly-veiled attempt to create a registry of my clientele.”

Under 18 USC § 926, anyone in the Justice Department, including members of the ATF are categorically prohibited from seizing any records or documents other than those constituting material evidence of a violation of law.

“No such rule or regulation prescribed after the date of the enactment of the Firearms Owners’ Protection Act may require that records required to be maintained under this chapter or any portion of the contents of such records, be recorded at or transferred to a facility owned, managed, or controlled by the United States or any State or any political subdivision thereof, nor that any system of registration of firearms, firearms owners, or firearms transactions or dispositions be established. Nothing in this section expands or restricts the Secretary’s authority to inquire into the disposition of any firearm in the course of a criminal investigation.”

While the first day of the audit produced no problems, except some corrections that needed to be made on ATF’s end, Chabot said that ATF employee Wayne Bettencourt produced a handheld scanner, approximately the size and shape of a large marker, and began to go through the bound book of ATF 4473 forms and attempted to scan all the pages of the documents, which contain over 1700 forms from gun sales and transfers.

Chabot confronted Bettencourt about his illegal procedure and Bettencourt said he has the authority to do it. Chabot said he did not and told the agent that if he were willing to give him a written statement that he had that authority, he would not stop him from scanning. This was an attempt to hold the agent accountable.

According to Chabot, “Bettencourt vehemently refused to provide me with anything signed by him or other ATF authorities, and made the ridiculous claim that the records were the property of the ATF and he could do with them what he liked, and that if I kept refusing him, he would be back with an administrative warrant so that he could just take the records that I am bound by federal law to father and maintain. I again refused to allow Bettencourt to illegally copy my records, at which point he told me that I should be careful not to make the investigation about me, and that ‘my license depended on how well I worked with him.’ This was clearly a threat intended to let me know that if I did not allow him to perform the illegal activity of copying my bound books, he would retaliate and that my Federal Firearms License was at risk.”

In other words, Bettencourt seems to have been extorting Chabot in order to illegally seize customer information, ie. create a national gun registration database.

Mr. Chabot went on to say, that after he continued to refuse Bettencourt’s illegal actions, Bettencourt said he had legal investigations to conduct and didn’t want to be interfered with. However, since no warrant had been produced, Chabot stood his ground, noticing “that Bettencourt seemed to be scanning chiefly the A&D pages and especially concentrating on every woman and on every person who had purchased more than one firearm in a week.”

At that point, Chabot told the agent to stop using his scanner and told the agent to provide him with a list of the criminal cases he was alleging to be investigating. Bettencourt was unable to produce a list.

Following that issue, the audit seemed to go well. However, when Bettencourt returned on August 16, 2013 to follow up, he demanded Chabot exit his shop, told him to get a good lawyer because, in Chabot’s word, “he was going to see to it that there was an administrative warrant taken out on my business ASAP, and that he would be taking my records.”

While Bettencourt couldn’t understand his own illegal actions and that fact that Chabot was standing up for his customers and the law, he was apparently threatening Chabot’s livelihood for not allowing him to break the law and scan any records he wanted to.

Bettencourt returned again on August 29, 2013 and attempted to scan documents once again, and once again Chabot stopped him from doing so.

On October 9, 2013, Bettencourt returned once more and attempted the same illegal action. Chabot said, “I told him that not only was it illegal, but that I felt I was personally liable and ran the risk of being sued by my customers if their personal information, including social security numbers, got out. I told Bettencourt that I would allow the scanning only with a warrant or a signed statement attesting to the legality of the scanning. Bettencourt finally told me that the audit was finished and once again angrily responded that he would not be signing anything and yelled at me that he would be working toward revoking my current FFL’s and making sure the application for the FFL for my new location was denied.”

Chabot contacted Bettencourt’s supervisor in Boston, Agent Linda Champagne, who told him that if the agent didn’t get to copy or scan his records, the ATF would pursue the revocation of his current license and deny his application for the new shop he was working on. This is in clear violation of the law.

Chabot says that he has spoken to numerous agents in various federal agencies and they have all expressed concern over the cavalier attitude of the ATF. And why shouldn’t they? Anyone remember Waco? How about Ruby Ridge? Fast and Furious? Yes, all of those were the product of the ATF, an illegal and unconstitutional federal agency.

In speaking to Mr. Chabot to confirm the situation, he referred us to his attorney, Penny Dean, who asked us to postpone an interview for a couple of weeks until they have obtained certain witnesses in the matter, which we agreed to do. Our desire is not to make it more difficult for justice to be brought to bear in the matter. However, Ms. Dean did encourage us to report on Mr. Chabot’s letter to his Senator, Susan Collins, which is where the bulk of this article comes from.

Phil Chabot did tell Freedom Outpost that he does want other gun dealers to stand up against illegal actions by the ATF for the sake of their customers privacy. I applaud his efforts to stand his ground, based on the law.

Perhaps you would like to contact Agent Linda Champagne and ask her why she would extort Pac N Arms in such a fashion to illegally obtain customer’s gun records. Her number is 617-557-1200. While you are at it, maybe you would like to contact Senator Susan Collins and find out why she is not standing for her constituents against a rogue federal agency that is engaging in illegal activity against US citizens.

We’ll provide an update as soon as Mr. Chabot’s attorney gives us the go ahead for an interview. For more on how the ATF works to manufacture crime, I suggest reading the excellent article found at National Review.