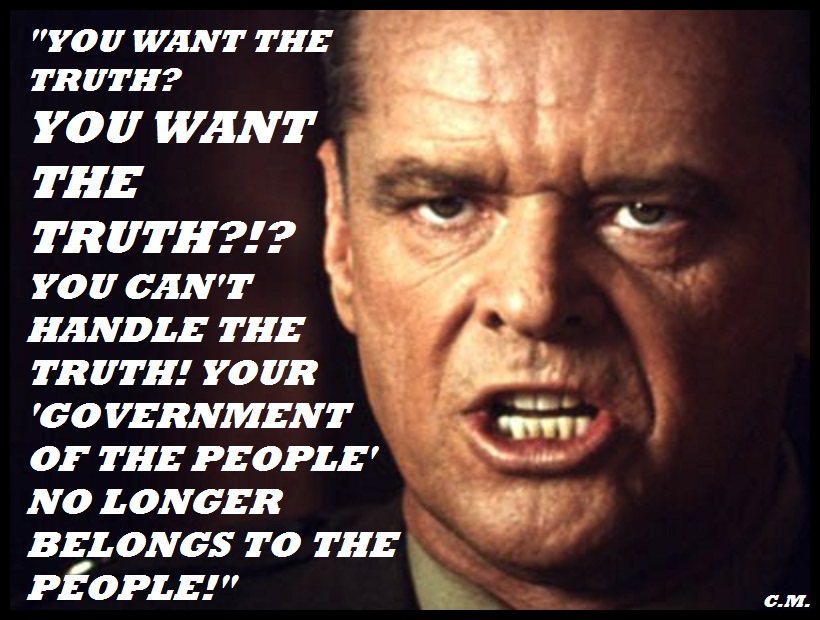 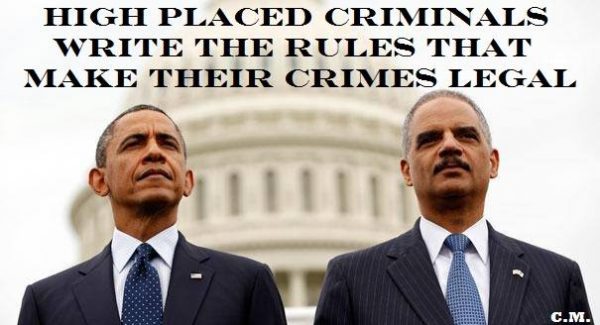 We’ve become so lost as a people in these barren Obama wastelands of brazen lawlessness,  corruption, & arrogant subversion that GPS tracking wouldn’t be able to pinpoint our location. And that this progressive RINO dominated GOP have only encouraged our plight by having done virtually NOTHING to provide any substantive opposition (aside from the standard ramshackle rattling of their tarnished sabers for the benefit of media soundbites) couldn’t make it any more evident that this ‘government of the people’ is anything but. Just looking at the oppressive disaster & the sequential expansion of one controversial travesty after another that is Obamacare, how can any person seriously think that we have anything remotely resembling a ‘government of the people’ still?

The most unprecedented enactment of criminal fraud & extortion to ever be committed by a sitting President & his political Party against the American populace in the history of the United States is playing out right in front our eyes. Despite all of the divergent narratives highlighting the many resulting & horrific consequences of this calculated plot. To the point of even having put the lives of citizens suffering from life threatening illnesses in jeopardy. Who cares I guess, as Obama has loosed his “signature” legislative Kraken on our country, that he & his Democratic compatriots knowingly & purposely lied through their teeth about from the beginning to citizens when it came to keeping their insurance plans & Doctors. That’s not even mentioning the subsequent ongoing debacle surrounding the roll out of  the Obamacare website that STILL is not able to provide an accurate system of showing who has paid into or enrolled in this disgrace. You would naturally expect this to be a functioning component & a given for the purpose this website was designed to facilitate, but then we should know better by now than to apply sense or reason to Obama’s motives. Especially when those motives must rely on overt lies & unceasing deception to be realized. 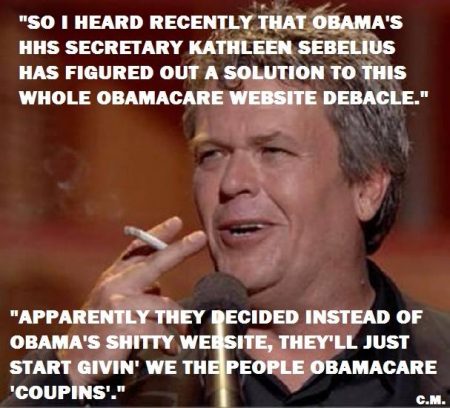 Yet none of this has deterred Obama’s gloating recently during a Rose Garden press conference where during his public address he announced that Obamacare is “here to stay”, bolstering his arrogant proclamation by referencing an ‘alleged’ surge in Obamacare enrollment numbers that have miraculously (not to mention conveniently) topped 7 million as of March 31st, 2014. Has anyone else noticed how previously dismal statistics & numbers tied to various political issues associated with Obama’s agendas seem to undergo a dramatic turn around for the better at the last moment? Yeah, go figure.  It’s staggering the amount of willful suspension of disbelief these frauds expect the American people to buy into in order to appease this psychopath & his complicit Democratic cohorts.

Just forget the millions of regular folks who have seen their healthcare plans & doctors they liked swept away  (an intended consequence of this premeditated scheme) only to be hit with skyrocketing premiums courtesy of this “Affordable” Care Act. Forget how these pretentious Harlequins in either Party of the Washington ruling class oligarchy connived to exempt themselves from Obamacare. Forget how cancer victims who had lost their coverage due to Obamacare & then had the nerve to speak out publicly were subsequently targeted by either IRS officials with audits or by incensed Democratic Senate candidates siccing lawyers on those television stations running anti-Obamacare ads & threatening to have their FCC license revoked to coerce compliance with their fascistic demands.

Forget the criminality of Obama’s sundry list of scandals & the alarming number of people who have died under his derelict & negligent leadership. Forget the rising tide of fascism in conjunction with both Democratic & RINO political strategies with their relentless seizures of power against us. Fascism that has shown to have more in common with 20th Century Nazi Germany than 21st Century America. Forget how radical Islam benefits & thrives under Obama’s tacit support as he orchestrates our decline & alienates our allies. Forget about the state-run media & Obama propagandists we have colluding in this subversion.

Forget too your own seething anger & outrage to this madhouse on steroids we’ve become under Americas first black President & this Gestapo government.

All happening by design.

So please. Tell me again all about this ‘government of the people’ any of you still might like to think we have.