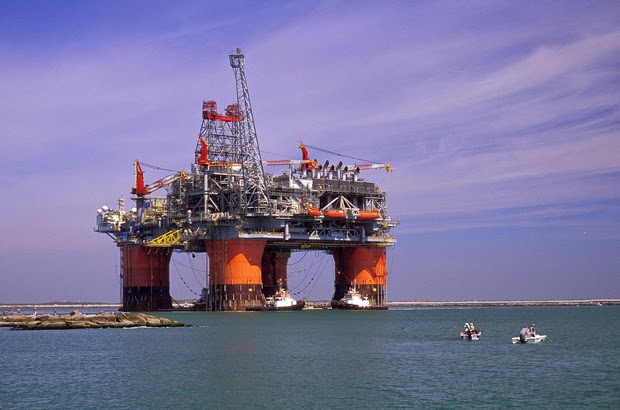 “BP is very pleased at the prospect of adding to our leading leasehold position in this key U.S. offshore region.”

We all know the Obama administration LIES…we all know they’re experts at subterfuge and covering-up their many wrongs…and we know that when they need help in keeping a story hidden from the American public they will do so by turning to the main-stream media to keep what they want hidden off the front page.

And this is exactly what they did when a few short weeks ago the ban against new drilling in the Gulf of Mexico was lifted.

For years Republicans and even some blue-dog Democrats have been trying to get America off its dependence on foreign oil…muslim controlled oil. For years we Republicans and TEA Party members have been touting the words ‘Drill Baby Drill’ and ‘Build the Keystone Pipeline NOW’ to NO avail. And after the 2010 Deepwater Horizon oil spill and ensuing ecological disaster, Barack HUSSEIN Obama placed a moratorium on deep water drilling off America’s coastlines.

But now due to the continuing high demand for energy…in the form of oil and natural gas…that ban was recently lifted in full, but lifted with one quite questionable caveat as to why were American oil companies given lesser contracts to deepwater drill off our shores than were foreign companies. Foreign companies like BP (British Petroleum)…the very company that plead guilty to criminal charges resulting from the 2010 Deepwater Horizon oil spill off the coast of Louisiana. NOT only did BP NOT get one of the standard contracts, they got a specific contact that allowed them to drill in 24 deepwater gulf tracts to a tune of bids valued at $41.6 billion. And BP secured this contract less than one week after federal authorities…as in the EPA…lifted a ban that had prevented them from bidding on drilling contracts until they agreed to implement stronger safety and corporate governance rules, along with being monitored by an EPA-approved independent auditor for the next five years…which of course they agreed to.

And are you ready for this…another company indirectly ‘secured’ gulf contracts for themselves through their ties to an American owned company…and that company is Russia’s state- owned multinational petrochemical giant Rosneft, and the American company is petrochemical giant ExxonMobil. And these too giants have developed a very close…maybe too close for comfort… relationship. In fact, during a June 2012 meeting with Vladimir Putin…YES ‘that’ Vladimir Putin…ExxonMobil CEO Rex Tillerson touted his company’s ‘close relationship’ with Rosneft, and in return for their praise Putin awarded ExxonMobil the Russian Order of Friendship.

And there were added perks to this so-called ‘close relationship’ between the two including Rosneft acquiring a 30% stake in 20 ExxonMobil-owned offshore oil and gas blocks in the gulf along with a 30% stake in ExxonMobil’s share in the La Escalera Ranch project…a project which consists of oil exploration fields in the Delaware Basin of West Texas.. Also, Rosneft got a 30% stake in a portion of ExxonMobil’s stake in Alberta’s Cardium Shale formation.

So now we have an American company totally in bed with a Russian company who is acquiring bit by bit stakes in their American counterpart’s company. NO wonder Barack HUSSEIN Obama has backed down to Vladimir Putin in regards to Crimea. In fact, ExxonMobil’s CEO Tillerson recently said that the events in Crimea and Ukraine will have NO “expected impact” on his company’s ‘partnerships’ with Rosneft.

And here’s the ultimate kicker of all…British Petroleum…BP…who was mentioned in the above paragraphs after recently securing the contracts to drill in the gulf…now is the owner of a 20% stake in Rosneft, So basically when BP drills in the gulf Rosneft drills in the gulf…meaning for all intents and purposes that the Russian state-owned company Rosneft will now be drilling for oil off the coast of the United States of America as well.

And so the circle is complete.

Bet that was part of what was always Barack HUSSEIN Obama’s plan…part of what he meant when he was caught off-mike saying to then Russian President Demitri Medvidev, “This is my last election. After my election I have more flexibility,” for his words had NOTHING to do with the missile defense system as many surmised, but had everything to do with having more flexibility to sellout the United States of America where it hurts the most…in the pocketbook through our dependency on oil for our energy needs.