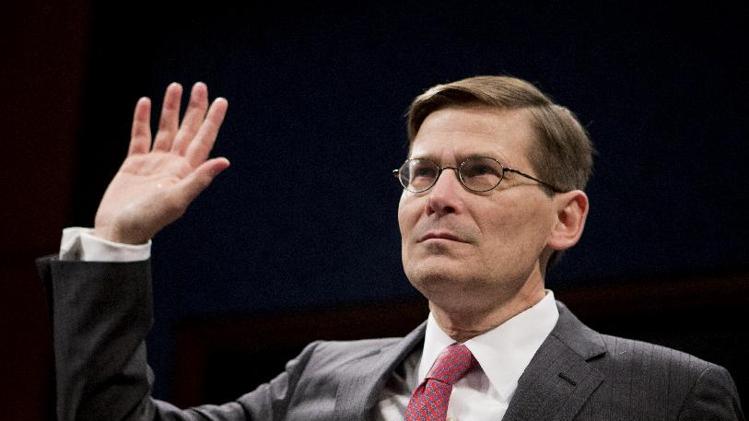 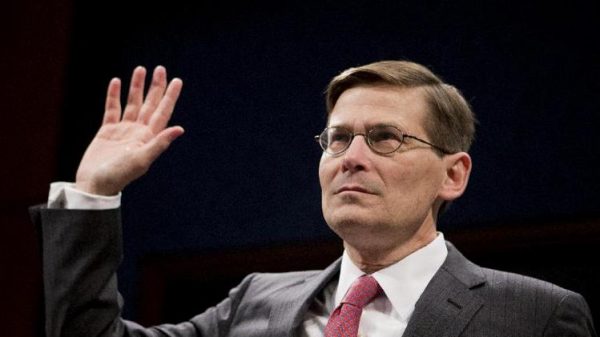 “Chairman, I do not know who took al-Qaeda out of the talking points, but you should know that I myself made a number of changes to the points.”

Simply…the media generated story about a YouTube video being the cause of the attacks on our Benghazi compound was NOTHING but a LIE created to cater to the political ambitions of Barack HUSSEIN Obama…period.

And the Obama administration…ALL in the Obama administration…knew this from day one, and that includes former CIA Deputy Director Michael Morrell, who in Wednesday’s Benghazi hearings before the House Permanent Select Committee on Intelligence, outright denied he covered-up or “inappropriately altered and influenced” the now infamous Benghazi talking points, and did so in an effort to downplay if NOT outright dismiss the role of terrorism in the attacks…to distance the media ‘anointed’ savior of us all from everything Benghazi before it tainted his re-election bid.

Called to testify after several key Republican members of Congress claimed new evidence showed he deliberately misled them by withholding what he knew about the talking points after the attacks, Michael Morell was indeed the very person who edited and made eight changes to said talking points (his name, initials, and notes are all over the original pages), and was the one who was in direct contact with the Obama White House at all times. And at one point during his testimony Morrell admitted that he was the one who removed the information about al-Qaeda and the word islamists from the talking points even though the CIA had warned those in the administration about a possible al-Qaeda terrorist attack in the making before the attacks on the Benghazi compound occurred.

And then in the next breath…while claiming to be an intelligence professional… Morrell in trying to cover his own butt said,”… the group of officers from our office of Congressional affairs and our office of public affairs,” were the ones who removed the references from said talking points.

LYING and passing the buck…the blame everybody else game…the hallmark of those in the Obama administration surfaces yet again in Morrell’s testimony, and for a minute there I thought he might just blame George W. Bush for removing the al-Qaeda and islamic references.

Continuing on Morrell claimed that administration officials…like Susan Rice…were told the day before Rice went on the Sunday morning talk show circuit that a ‘key point’ in the Benghazi talking points “just might” be inaccurate.

In other words, they all knew the YouTube video nonsense was an out-and-out LIE, and yet this administration continued to spew that LIE until caught and only until caught. And they all (I believe) knew the truth that Benghazi was Obama’s ILLEGAL gun and weapons running operation that originated in Libya, funneled through Benghazi into Turkey, with the final destination being the al-Qaeda backed Syrian rebels. And they all (I believe) knew Ambassador Stevens found out and was going to expose said operation and therefore had to be silenced before he could talk…as in a ‘targeted’ kill…and that Sean Smith, Tyrone Woods, and Glen Doherty were just throwaway collateral damage they could care less about.

And why else would Morrell have said that these supposed ‘professionals’ relied on and based their entire analysis and talking points on media coverage instead of on information generated from the operatives on the ground…information from CIA personnel and those who were there during the attacks, including information from Woods and Doherty before they were killed…if NOT to cover for this most politically damaging of truths.

Giving credence to my words above is that when further questioned about the video supposition, Morrell continued to refuse to explain to the Committee why this administration stayed to the pre-set video narrative even after U.S. intelligence completely discredited the reports that the attack was a protest over the anti-islam video gone awry. In fact, Obama himself continued to spew this very LIE in a speech he gave at the U(seless) N(ations) on September 26, 2012…more than two weeks after the attacks.

And when directly questioned yet again about al-Qaeda and islamic ties to the attacks, Morrell responded by saying, “The only way we knew that anybody who was involved in that attack that night was associated with al Qaeda was from classified sources.”Claiming that leaving in reference to al-Qaeda could have jeopardized classified sources and that, “To leave it in, the [CIA] director would have had to declassify that information,”is simply NOT true for Ambassador Stevens himself had sent numerous messages to Hillary Clinton saying he feared for his and those at the compound’s safety due to continuing al-Qaeda presence in the area.

And this is more than just merely infuriating because here we have a CIA Deputy Director more concerned about protecting those involved…those who are the enemy…than in telling the truth about that horrific day where four brave Americans lost their lives because of the actions of Barack HUSSEIN Obama and those who orbit around him.

“These allegations accuse me of taking these actions for the political benefit of President Obama and then [former] Secretary of State [Hillary Rodham] Clinton… these allegations are false,”Morrell said in his summation but I think NOT for any and everything this administration does is indeed solely for the political benefit of NOT only Barack HUSSEIN Obama and his administration, but for the benefit of the Democratic party as well.

And so Morrell’s tampering with the truth actually ‘aided and abetted’ the enemy…in other words Michael Morrell committed an act of TREASON…and he knows he did for he is NOT a stupid man. Now he has to find a way out of this mess…or have Obama’s spin meisters do it for him. I just wonder if they will or if Michael Morrell will offer himself up as Obama’s sacrificial lamb…and let’s NOT forget as Hillary Clinton‘s sacrificial lamb as well…for answers to that I guess only time will time.