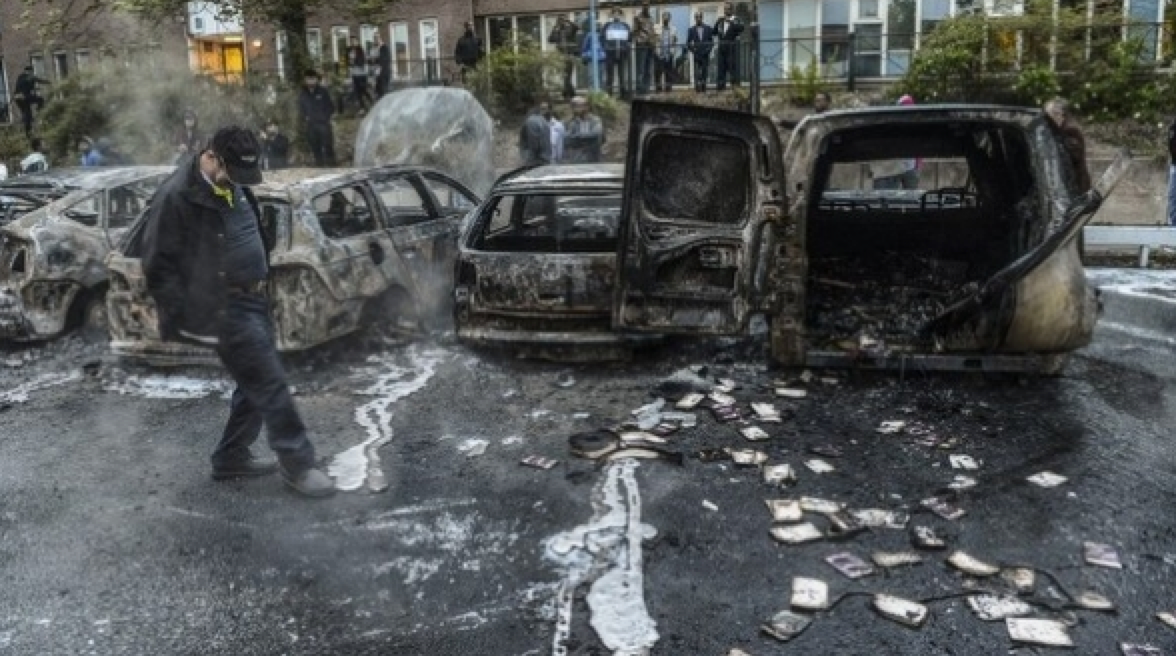 Sweden was once wealthy, beautiful, and modern. But all that has changed. It has become as totalitarian as Saudi Arabia or Iran. Their immigration policies have overwhelmed the culture and the treasury of the Swedes. One U.N. report says that Sweden will soon be a third-world nation.

The worse it gets, the more restrictions there are on freedom and speech. Strict enforcement of the blasphemy laws under the sharia — “do not criticize or insult Islam.”

This video is chilling. One of Sweden’s biggest newspapers, Expressen, used criminal hackers to break into Disqus and get the email addresses and identities of commenters online, and to reveal the persons behind the nicknames or anonymous user IDs. The newspaper sent a reporter and a cameraman to one person’s home and asked them about things they had written on different websites. Expressen published the names and photos of some people, which led to at least one person losing his job.

The newspaper should have been shuttered and its editor(s) brought up on charges. But this is sharia, so it was the victims who were punished.

Photo: HUNDREDS of cars were set on fire, a school in flames and Muslim youths hurling stones at the police.  Last year a week of of arson and violence in Stockholm’s immigrant suburbs.

Sweden’s population grew from 9 million to 9.5 million in the years 2004-2012, mainly due to immigration from “countries like Afghanistan, Iraq and Somalia”. 16 percent of all newborns have mothers born in non-Western countries. Employment rate among immigrants: 54 percent.

FPM: Sweden now has the second highest number of rapes in the world, after South Africa, which at 53.2 per 100,000 is six times higher than the United States. Statistics now suggest that 1 out of every 4 Swedish women will be raped.

In 2003, Sweden’s rape statistics were higher than average at 9.24, but in 2005 they shot up to 36.8 and by 2008 were up to 53.2. Now they are almost certainly even higher as Muslim immigrants continue forming a larger percentage of the population.