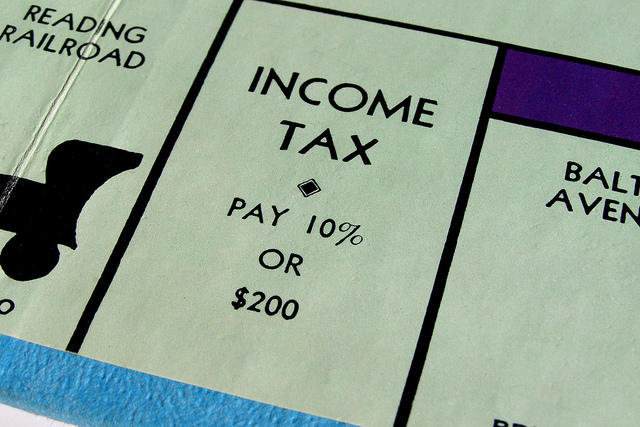 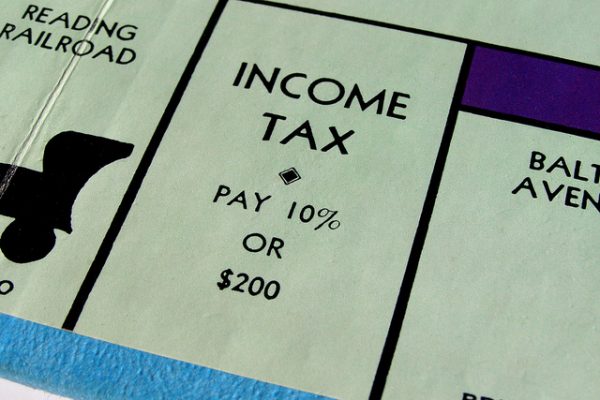 Years ago I discovered to my astonishment, anger and remorse that our government is collecting income tax devoid of legal authority. Therefore, I have publicly refused to file an income tax return for the past 12 years. If brought before a jury of my peers I will rely upon the following evidence.

1. Mens Rea, or “guilty mind,” is a central feature of criminal law. Criminal liability generally requires not only causing a prohibited harm or evil . . . but also a particular state of mind, an act done with bad purpose or evil intent. Therefore, it is essential to substantiate my intent for not filing, which is to:

2. The law I am allegedly violating is Section 7203 of the IRC “Willful Failure to File.” To convict, the government must prove two elements. First, that a citizen is required by law to file a return and second, that the failure to file is “willful.” In a fair trial the government can do neither.

3. The Supreme Court ruled in U.S. v. Bishop [412 US 346] that, “The requirement of an offense committed willfully is not met if a taxpayer has relied in good faith upon a prior decision of this court.” I am relying, accompanied by additional evidence, on numerous Supreme Court decisions.

4. If the IRS required a citizen to file they would be in direct conflict with Supreme Court decisions. For instance, in Brushaber [240 US 1] the landmark case regarding the 16th Amendment, the Supreme Court actually ruled that a new, direct taxing power, not limited by apportionment or uniformity, would “Cause one provision of the Constitution to destroy another,” and “If acceded to would create radical and destructive changes to our Constitutional system.” To avoid these disasters the Supreme Court ruled “Taxation on income was in its nature an excise (indirect) tax entitled to be enforced as such.” Since an indirect tax must be uniform and income tax is obviously not, it is not entitled to be enforced.

In Stanton v. Baltic Mining Co. [240 US 103] we find: “The 16th Amendment conferred no new power of taxation but simply prohibited the previous complete and plenary power of income taxation from being taken out of the category of indirect taxation to which it inherently belonged.”

In stark contrast and in a testament to tyranny and propaganda most Americans believe that the 16th Amendment created a direct tax without apportionment. Meanwhile, “radical and destructive changes to our constitutional system” are evident.

5. The Fifth Amendment states “No person shall be compelled in any criminal case to be a witness against himself.” The landmark case regarding the Fifth Amendment and income tax is Sullivan v. U.S. [274 U.S. 259]. Sullivan took the Fifth, “I refuse to file on the grounds that I may tend to incriminate myself.” The Supreme Court ruled that if Sullivan wished to take the Fifth he first had to file. However, taking the Fifth is absolutely, fundamentally different than our constitutional right “not to be a witness against oneself.” The former is a privilege, used primarily if subpoenaed in another’s trial, the latter is a right that the Supreme Court has never ruled on in relation to income tax. Sullivan had to file because he claimed a privilege, we supposedly have to file because he had to. Our government exploits our misunderstanding of privilege v. right to subvert the Constitution and force us to file.

6. In Boyd v. US [116 US 616] the Supreme Court ruled “A taxpayer may refuse to exhibit his/her books and records for examination on the ground that compelling him/her to do so might violate his/her right under the Fifth Amendment and constitute an illegal search and seizure under the Fourth Amendment.”

7. The title of Section 6012 of the IRC states “Persons required to make returns of income.” However, according to the IRC itself [section 7806(b)] a code section’s title is not part of the law. In the body of code section 6012, where the law resides, we find “Returns with respect to income taxes under subtitle A shall be made by the following…

8. There is also no law that requires withholding or paying estimated income tax. The IRC defines a “withholding agent” at IRC 7701(a) (16) as only required to deduct and withhold income tax from nonresident aliens and foreign corporations. Therefore, no law requires income tax be withheld from citizens living in America.

9. In fact, the IRS has insisted for decades that filing a return and paying income tax is based on “voluntary compliance.” In 1971 the 1040 booklet declared “Each year American taxpayers voluntarily file their tax returns and make a special effort to pay the taxes they owe.” In 1980 the 1040 booklet stated “The primary task of the IRS is to collect taxes under a voluntary compliance system.” Webster’s defines “voluntary” as “something done of one’s own free will, without legal obligation.”

10. In 1953 Dwight E. Avis, then Director of the Alcohol and Tobacco Division of the IRS, testified under oath, before Congress, that “Your income tax is 100% voluntary tax and your liquor tax is 100% enforced tax. Now the situation is as different as night and day.” [Hearings: Internal Revenue Investigation]

11. The Supreme Court ruled in Cheek v. U.S. [498 US 192] that in relation to income tax “A good faith misunderstanding of the law or a good-faith belief that one is not violating the law negates willfulness, whether or not the claimed belief or misunderstanding is objectively reasonable.”

12. While this discourse proves, beyond a reasonable doubt, that I am not required to file, the Supreme Court has ruled, thus it is a law of this land, that I need not be legally correct. I need only possess a sincere belief. As I have revealed why, as my actions have proven, I have a good faith belief that I am not required to file, thus my failure to file is not willful.

13. Irwin Schiff is the Godfather of the tax protester movement. Irwin opened my eyes and changed my world view. He’s 86 years old and has been in prison for a long time after our government held his appeal for over a year, releasing it mere hours before his verdict, ruling that Irwin’s arguments were “frivolous.”

Will Kesler is an anti-income tax activist living in Aspen, Colorado.