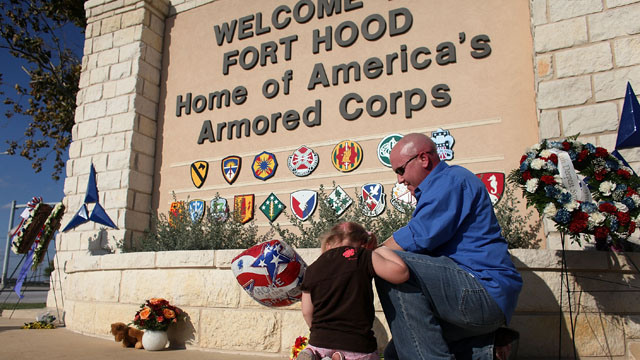 Speculation as to the circumstances surrounding the most recent mass shooting at Fort Hood abounds.

A recent posting on Craigslist is fueling the fire even more, with some suggesting that it is evidence of yet another government facilitated false flag operation.

According to a March 12, 2014 snapshot of a listing on the popular classifieds web site, the government was looking for individuals to act as role players to participate in a “mass casualty exercise” scheduled for March 17, 18 and 19 and to be held on base at Fort Hood, TX. Contractors were to be paid $100 for their participation.

Government contractor is seeking individuals to act as role players to participate in a ” mass casualty exercise ” on the FT Hood military installation.

Role players will participate in an exercise that will replicate civilians in the area that have been injured during a disaster that is used in the scenario. Role players will be medically treated during this exercise at numerous locations on Ft Hood.

The objective of this exercise is to train and assess medical units with regards to civilians that have been injured during a disaster.

We are seeking individuals to take part in this exercise on March 17, 18 & 19 Individuals must be at least 18 years of age and legal to work in the United States.

You will be paid upon completion of the exercise on the last day of work. Please contact Michael Boyd at (954)294-0526. An appointment will be set up to meet and further information will be given.

Here is a screen grab of the posting at Archive.org, a historical database of the internet that captures the content of millions of web pages daily:

According to Craigslist the posting has been deleted from the web site by its author. It is not clear when the deletion took place.

As has been the case with many recent acts of terrorism on U.S. soil, it seems that police or military have often been engaged in training exercises that closely mimic the actual events, often during the exact same time as the “real” event was taking place.

This was evident during the attacks of September 11, 2001 when the US military was engaged in a training exercise involving North American Air Defenses. As the attacks on the World Trade Center were taking place recordings from civilian and military operators reveal that military chain of command wasn’t sure whether the events being portrayed were “real world” or training. Experts suggest that this confusion contributed to a complete meltdown in America’s national defenses.

But September 11th isn’t the only example.

Ahead of the mass shooting at Sandy Hook Elementary the Department of Homeland Security was staging a mock exercise just minutes away.

A few days prior to the Aurora, Colorado theater shooting a university just 16 miles away had staged an exercise that eerily depicted a gunman shooting movie goers.

And, after the Boston Marathon bombing the Department of Homeland Security officially acknowledged “frighteningly similar scenarios” between an exercise dubbed Operation Urban Shield and the actual events that took place at the marathon. The drill itself was held in Boston, Massachusetts and happened to be taking place in a live environment at the Marathon and at the very moment that the bombings were being executed.

We can chalk all of this off to coincidence, but given that nearly every major terrorist act in the United States in recent years has been preceded by a military or Homeland Security exercise depicting similar scenarios within minutes of where the actual events took place, one can’t help but question the official narratives.