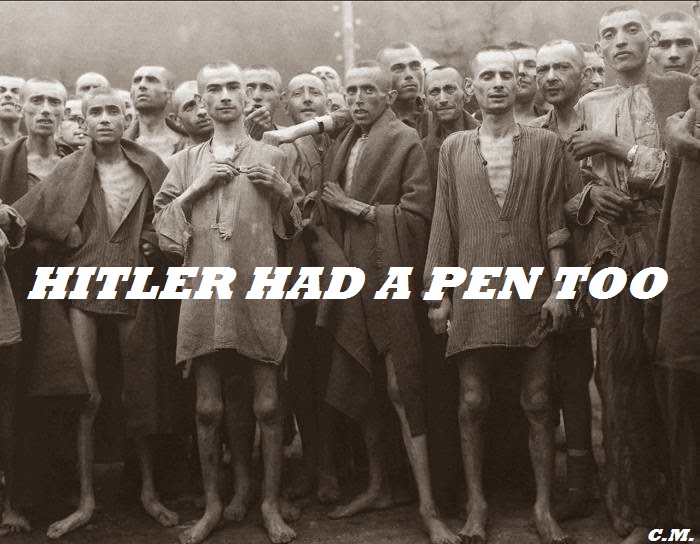 The tireless winds of controversy in this contentious era of Obama never seem to stop sweeping across our national landscape. I refer to the recent & much publicized resignation/termination of Mozilla CEO Brendan Eich, after gay-militants had learned of his having previously made a personal contribution of a thousand dollars in support of California’s Prop 8 four years ago. As most of you may know, Prop 8 was an initiative placed on the California ballot in their November 2008 elections intended to bar same-sex marriage in the state of California. It initially passed, but was (of course) later ruled by a federal court to be unconstitutional. So naturally you can probably imagine the fascistic tide of protest that rose up threatening Mozilla with the standard calls for them to be boycotted when Eich’s contribution was made known. As the subsequent resignation/termination of Mr. Eich will show, fascism wins again. 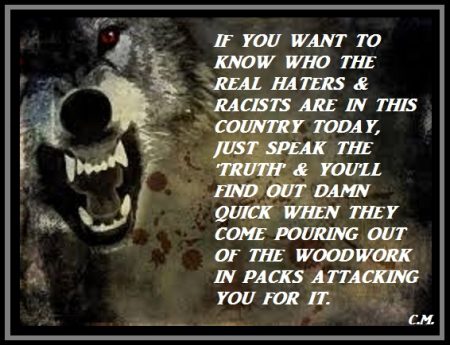 What amuses me about all of the renewed debates on the subject of freedom of speech this controversy has reignited throughout the media, is the sense that those members of the state-run media are engaging in the lost cause of trying to put new clothes on an old mannequin. They’re not fooling anyone. Consequentially, these debates I’ve noticed have also had their given domino effect on a variety of hot button topics such as ‘tolerance’, ‘diversity’, ‘acceptance’, & all of this other PC  governed bull crap of whom so many hypocrites occupying the center ring of this political circus like to prattle on about. Personally I view it as another illustration at how this groundswell of anti-American extremism has grown exponentially & become brazen in our country under Obama’s stewardship. Encouraged & emboldened in their efforts by the many examples of corrupting precedents set by their personal exemplar currently occupying the White House. 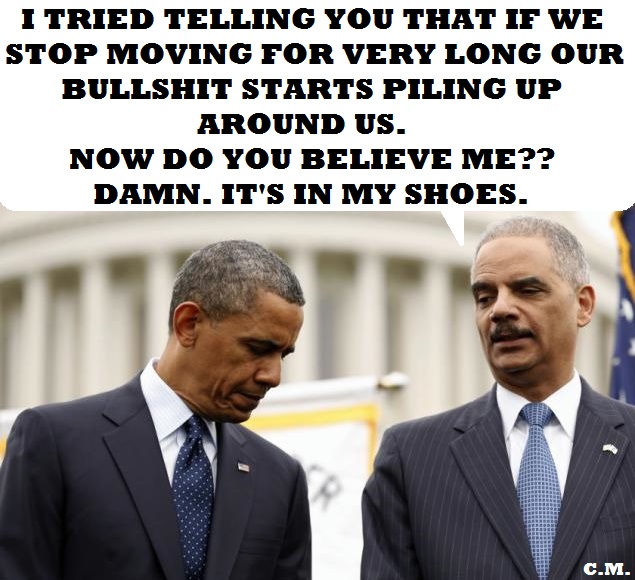 What many people fail to understand is that there will NEVER be common ground or compromise found with these radical dissidents over their ideologically mandated issues, so they must continue to rely on polarizing our country. Simply because there will never be complete acceptance by everyone on these issues. And acceptance by everyone is what they demand. You don’t have a Right to your own beliefs if those beliefs are contrary to theirs. Rush Limbaugh summed it up pretty eloquently on his radio program recently:

~”When it was discovered that Brendan Eich had donated a thousand dollars to Proposition 8 four years ago, the literal… What is the proper name for people who engage in this kind of behavior?  “Fascist” is probably the closest way.  You can call ’em Nazis, but nevertheless they went into gear, and immediately Brendan Eich was described as “filled with hatred” and anti-gay bigotry all over the tech media. He had donated a thousand dollars to Proposition 8, and he had a personal opinion on gay marriage that was identical to President Barack Obama’s in 2008.

In 2008 President Obama and his entire Regime officially were opposed to gay marriage, until they came up on some tough times campaign donation-wise. They needed some campaign money, so Obama sent Biden out to all of a sudden announce the Regime had changed its mind on gay marriage.

Eich is being described now as a bigot and “filled with hatred” because he believes that marriage is a union of a man and a woman.  He tried to hang on when the controversy hit. He said, “Look, my personal political views have nothing to do with the way I plan on running Mozilla.”  That didn’t fly.  They had to get the scalp.  They had to take him out.  They had to send a message to anybody else that your view must comply.

There’s no diversity tolerated here.  You’ve gotta be one way.  There is no openness. There is no kindness, there is no compassion, there’s no inclusiveness, and there certainly isn’t any diversity on the left.  It’s just a bunch of brownshirts.  And if you are not wearing one, you either soon will be, or you’re gonna be ruined.  There is no dissent.  They have no interest in debating anybody. They have no interest in discussing anything.  If you disagree with them, you die.  Figuratively.  You’re dead.  You don’t exist.

“You’re a non-person anymore, and we’re gonna take you out.”  The website EightMaps.com shows the names and occupations of people in San Francisco who donated to the Prop 8 campaign overlaid on a Google Map of the city indicating where they live. They just didn’t find out their names. They published their addresses and where these people lived who donated to Prop 8 so that they could be harassed.

A  federal judge denied a request to keep the names of donors to California’s anti-gay marriage initiative secret, saying the public has a right to know who’s giving money to state ballot measures. In his ruling this judge noted that ‘small, persecuted groups whose very existence depended on some manner of anonymity,’ such as the Cold War-era Socialist Workers Party, should be exempted from having to disclose their donors.” So small, little groups of ragtag communists and socialists were allowed to be kept private (’cause they could be harassed), but nobody else.

Where do you even begin to find common ground with the sort of subjugating mentality belonging to fascistic militants such as these? Especially when they have no interest in debating or even discussing anything. Short answer is you don’t. Yet we MUST comply! Have people forgotten a similar controversy that made national headlines which centered around the owner of the Colorado bakery, Masterpiece Cakeshop, who had been hit with a discrimination complaint filed by the Colorado Attorney Generals Office for refusing to bake a cake for a married gay couple because he claimed it violated his religious beliefs?

Despite that gay marriage was banned in Colorado’s constitution in 2006, it allows for civil unions, but does define marriage as being between one man & one woman. The gay couple in question had been married in Massachusetts. The presiding judge overseeing the case ruled against owner Jack Phillips, finding him guilty. When asked about the charges while attending the Alliance Defending Freedom conference in California in July of 2013, Phillips Attorney, Nicolle Martin, made the following statement:

“The complainants can sue him civilly in the regular courts system or he can potentially be prosecuted by the district attorney for up to twelve months in jail.”

The selective hypocrisy of these fascists is pretty stark when you have the judge stating Jack Phillips basing his decision for not making a wedding cake for this gay couple on his personal religious principles as being “offensive & dehumanizing”, but then they have absolutely nothing to say (or at least nothing I’ve heard anyway) when it comes to Muslims having the propensity for brutally hanging homosexuals in the streets of their cities around the Middle East. Be a Christian in America who refuses to bake ’em a cake tho’ & all Hell breaks loose. I use to say our country’s going insane, but now I think we’re there already & just looking for a place to park. 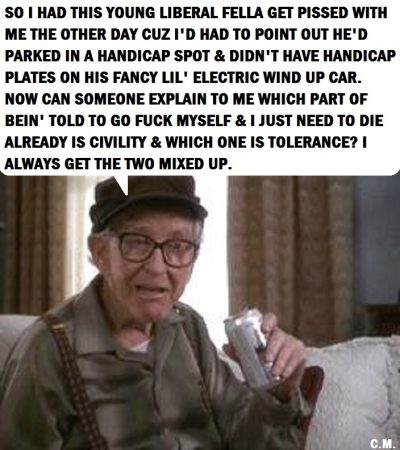 But in reality this is about more than just gay marriage & gay Rights. I think most of us know that. Those things are merely cogs & gears in a much larger machine designed with more grand ambitions. Political correctness was insinuated into our culture by those enemies within to be a facilitator to this relentless grinding down of our nation. It’s not about history being forgotten by these Progressive fascists. They’re simply reimagining it. God knows it has all but eviscerated common sense & critical thinking among vast numbers of our younger generations who have been raised up & warped by its toxic influence & annihilative efficiency. I’d be willing to bet that political correctness has probably performed better than any of its earlier proponents ever dared dream that it could.

Now look where we’re at as a nation under the distinguished leadership of Americas first black President. Our government has become essentially usurped for all intents & purposes. Our military has been gutted & turned into a drag-queen-pageant-holding joke to the rest of the world. The inmates are running the asylum with arrogant abandon. Their radicalized delusions & degeneracy are inverting & perverting the definitions of what passes for right & wrong or sane in our natural world. With no end to their madness in sight.

I’m at the point of rolling my eyes whenever I hear someone remark that we have to end this craziness at the “polls”. Like that’s worked out well for us so far after all these years of monotonous repetition. I guess I doubt something as exiguous as a ‘vote’ having any notable impact anymore in a decrepit & corrupt political system that operates totally against us being able to reign in so much rampant social & political pandemonium. 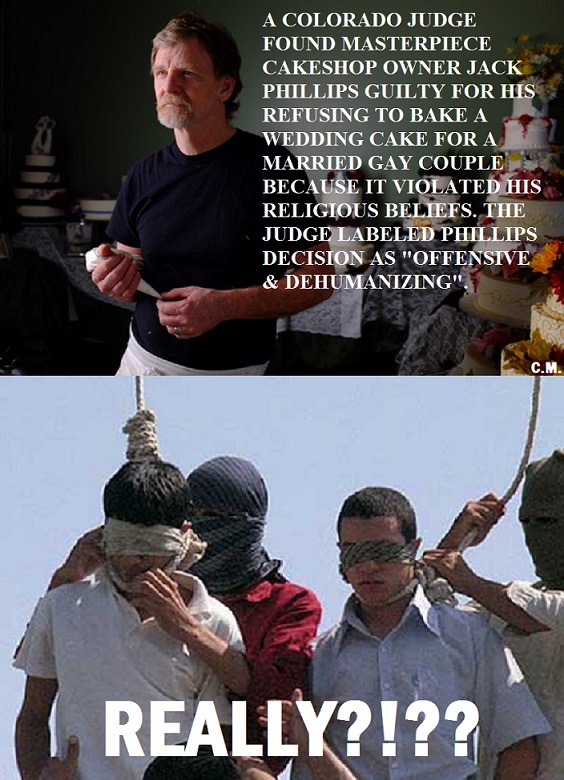