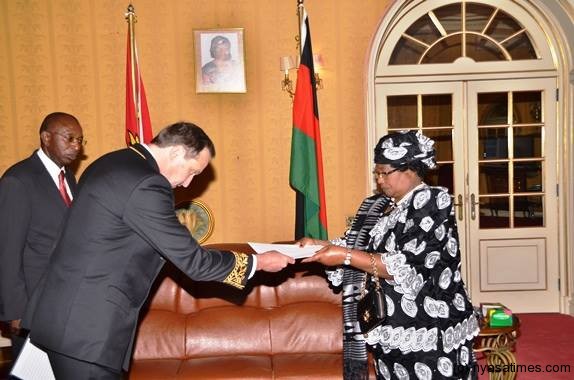 A few days ago, Ben Swann reported on an audio recording of Turkish leaders planning a false flag operation in Syria. In February, Assistant US Secretary of State Victoria Nuland’s phone conversation, regarding the political crisis in Ukraine, was leaked, for which she issued an unrepentant apology. Yesterday, reports surfaced of a conversation between two Russian Ambassadors that discussed a possible future invasion of the United States and Eastern Europe.

Igor Nilokaevich Chubarov and Sergey Bahkarev, Russian ambassadors to Eritrea, Zimbabwe, and Malawi in Africa, were involved in the conversation.

Chubarov, in the midst of the conversation says that Russia is sending a message to the heads of the European Union that the referendum in Crimea and further Russian imperialism is just the beginning. According to the conversation (Warning: Profanity):

IGOR NILOAKAEVICH CHUBAROV: Now I have a very simple task, for the time being I’m saying the only key thing to those EU HoMs. I’m repeating: “Guys, we’ve taken away Crimea but it’s not the f***ing end. In the future we’ll take away your f***ing Catalonia, Venice, as well as Cattleland (Scotland), and Alaska. And we’ll never rest content with that.”

SERGEY BAHKAREV: At first stage we will.

CHUBAROV: Agreed, only at first stage, and later we’ll think it over. All those f***ing limitrophes, e.g. Latvia, Estonia, and other Europeans as well as Romanians, and Bulgarians, we’ll kick their asses in the right direction – where they have to be.

BAHKAREV: Oh no, it’s better not to touch them, we are not going to kick them in. It’ll be better for us to disturb “Californialand,” “Miamiland,” that sort of desolated regions.

CHUBAROV: We have full right to hold a referendum.

CHUBAROV: Yes certainly, you’re right. We’ll leave for a while Romanians and Bulgarians, let them stay so far in the EU.

BAHKAREV: Together with the Baltic shit.

Both men were laughing during the midst of their conversation. Later Chubarov told Baharev:

CHUBAROV: By the way, the EU HoD and I recently had a chat, you know, about all kinds of things, just being lost in the crowd, and he asked: “Listen, take back those Romania and Bulgaria.” “Definitely, no,” I answered. “Guys, nothing will come of it.”

BAHKAREV: Enjoy yourself with all that stuff.

The Guardian’s Shaun Walker asked, “It is possible that the leaking of the recording is revenge for the recent spate of high-profile leaks of western diplomatic discussions over Ukraine?”

It’s possible for sure. However Walker goes on to write:

Maria Zakharova, deputy spokeswoman for the Russian foreign ministry, wrote on Facebook that she had no idea who was talking on the tape, but noted that the photograph appended to the YouTube video of Bakharev bore no resemblance to him.

Zakharova insinuated that the recording was clumsy US handiwork and compared it to the incident during the “reset” of relations between Russia and the US, when the then secretary of state Hillary Clinton presented the Russian foreign minister, Sergei Lavrov, with a button that was meant to say “reset”, but got the Russian word wrong and thus said “overload”.

“It’s like with the ‘overload’ button. They wanted to do something better than usual, but it turned out as it always does,” wrote Zakharova.

Russia’s deputy foreign minister Sergei Ryabkov accused the US of “childish tantrums” over Crimea on Thursday. He commented to Interfax news agency, “What can we advise our American colleagues? They should get more fresh air, do yoga, eat healthily, maybe watch some sitcoms on television.”

Editor’s Note: The alleged picture of Sergey Bahkarev is actually a picture of Yury Dubinin who died in December of 2013. I reprinted this story because a mistaken picture does not necessarily mean that the recording is not real. We have recently reported of the known desire for Russia to take back Alaska. With that said, not only was Bahkarev’s picture wrong, in the above video, but his name is misspelled as well. Below is the only picture I can find of Bahkarev. I will leave it up to the reader to decide what to make of the recording, but it was certainly published in haste. My personal opinion is that a mistaken picture and a misspelling do not necessarily invalidate the recording. -Dean Garrison