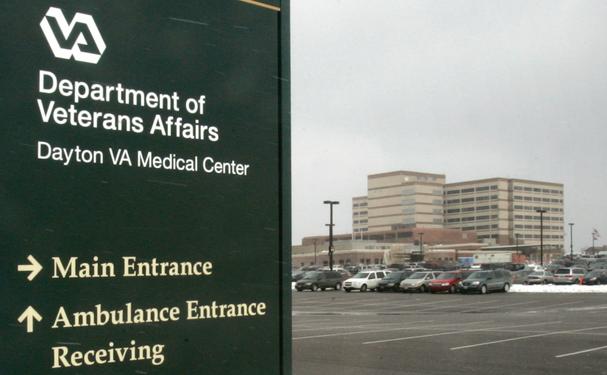 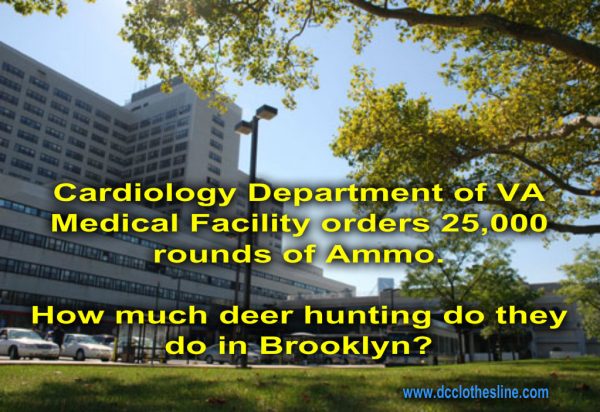 “With malice toward none, with charity for all, with firmness in the right as God gives us to see the right, let us strive on to finish the work we are in, to bind up the nation’s wounds, to care for him who shall have borne the battle and for his widow, and his orphan, to do all which may achieve and cherish a just and lasting peace among ourselves and with all nations.”    -Abraham Lincoln, Lincoln’s Second Inaugural Address

Hypocrisy, simply put, is saying one thing, and doing another. Man is the only animal that demonstrates this quality, and government agencies are the ideal case studies for such sins.

The latest government agency to solicit ammunition from the Federal Business Online website is the Veteran’s Administration New York Harbor Healthcare System Brooklyn Campus. The ammunition is not being sent to the Security Department, nor the general receiving department.

The ammunition is being sent, of all places, to the CARDIOLOGY Department.

There is no error here. There is no explanation provided as to why ammunition should be sent to a medical department, except perhaps to train staff to commit violence against veterans.

With 25,000 rounds, it almost seems like the Cardiology Department is ready to take on a zombie apocalypse single handedly. Considering that infectious disease research is conducted at the facility, one can never be certain.

Because this solicitation is “off the books” with regard to the of VHA Handbook 6500.6 guidelines, the Certification & Accreditation (C&A) and a Security Accreditation is not required.

Time will tell if this solicitation is actually awarded and the staff are trained to commit violence against veterans, or if it is taken off and put into the Government’s black book of dirty secrets.