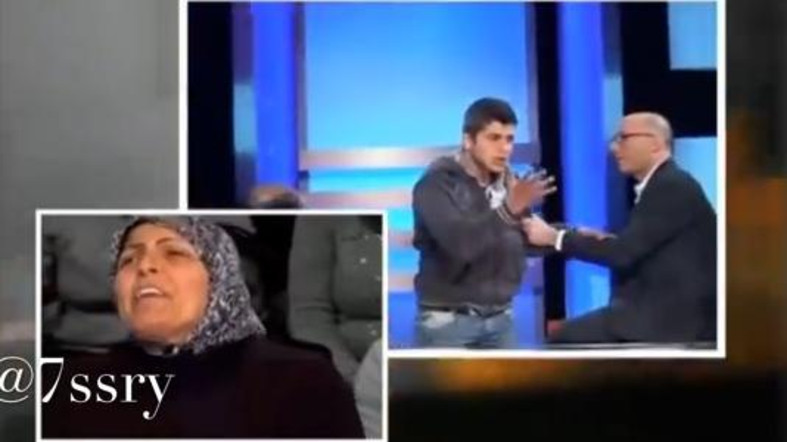 In an episode of “Bil Akeed”, English translation “For Sure,” a Lebanese-Muslim teen pulled a stunt that would make any American Trash-TV producer proud. He jumped up on the table and proceeded to kick his mother in the face.

According to Al Arabiya the two had not seen each other in seven years. The 15-year-old’s mother was attempting to explain how she had no choice but to separate from the boy’s father because of abuse in the relationship.

“In the court he [Ahmed’s father] attacked me in front the judges and the sheikhs,” she said,

Ahmed was visibly infuriated, then began defending his father.

The mother replied by saying he sounded like an “intoxicated” and “drunk” teenager. Ahmed reacted by standing on the table and kicking his mother.

The boy has obvious abandonment issues with his mother. However, it needs to be noted that in culture of misogyny, violence against women is much more acceptable, even when that woman is your mother or sister.

Also noteworthy is that in Islamic societies men are much more likely to gain custody of children after marital splits. The video is below and not translated. However, the violent episode breaks out around the 1:37 mark.