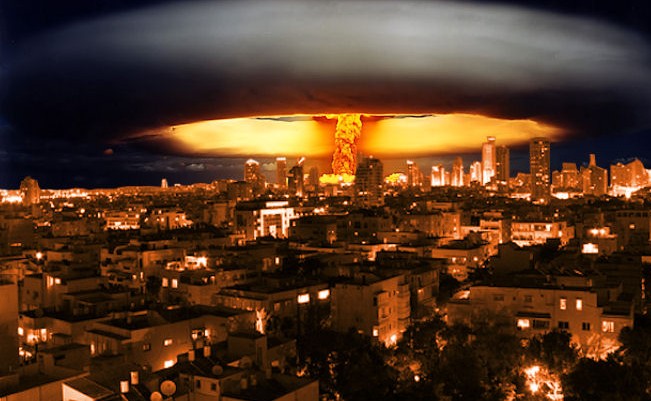 A very clear picture is emerging over the crisis in Ukraine. Each side has taken on definitive moves in order to bring its military forces into the coming conflict. In short, each side is mobilizing for war. The world may have as little as 30 to 60 days of relative peace left before all hell breaks loose. The world is familiar on how the Russian military has postured its forces to take over Ukraine and begin the process of a Putin economic war against the West once Ukraine is secured. The US and NATO are responding in kind and by this summer, NATO will be ready to challenge the Russians. The Russian invasion of Crimea has become the impetus for the US to increase its military presence in any location near Ukraine. Subsequently, it was announced that the US is sending hundreds of ground troops to eastern Romania. There presently exists 1,000 US troops in the country. President Traian Basescu says the US has requested permission to add 600 more troops for specific missions in the Black Sea. Additionally, Romania’s parliament also reported the US plans an unspecified increase in the number of aircraft at the base, part of the US effort to increase its military might in the Black Sea region. Increasing aircraft is the real motivation on why the US seeks to increase its military presence in Romania. This will allow the US to strike at the Russian Black Sea Fleet in Crimea. Many view this as a huge deal because there is absolutely no reasonable expectation that Romania would possibly be the target for a Russian invasion because Romania does not border them. Subsequently, this is an aggressive and provocative move by these two NATO allies.

Ukraine, Moldova, Azerbaijan and Armenia Announce Military Maneuvers with the US Ukraine’s parliament approved a series of joint military exercises with NATO countries that would put US (NATO) troops in direct proximity to Russian forces in the annexed Crimea peninsula. Ukraine and the US will conduct two sets of military exercises this summer which are labeled Rapid Trident and Sea Breeze. Ukraine is also planning two additional maneuvers with NATO member Poland as well as joint ground operations with Moldova and Romania. The Sea Breeze exercises have threatened Moscow because they are to be carried out in Crimea which plays home to Russia’s Black Sea Fleet. This gives rise to the principle of “Snap” in which a military force engages in an announced “war game” and the exercise goes live and an intended target is attacked under the previous guise of only practicing to attack. These military maneuvers have in more recent years, been carried out in the Black Sea port of Odessa where Ukraine also has a naval base. Ukraine’s neighbor, Moldova will soon receive a NATO liaison office. Armenia will be participating in full-fledged military exercises with the US this summer and Azerbaijan is shoring up its defensive capabilities with the intention of guarding its offshore oil and gas fields in the Caspian Sea from Russian invasion. These events make it look likely that NATO is planning military action against Russian forces in Crimea this summer. Please note that Azerbaijan is a buffer between Russia and Iran. This will prove to be a critically important area in the upcoming war because it could prevent Russia from defending against an invasion of Iran. Joint Chiefs of Staff Chairman, General Martin Dempsey, claimed a “closer understanding” has been reached with Israel on the need to keep threatening Iran. Dempsey’s Israeli counterpart, Benny Gantz, reported a strong joint intention with the US which has offered “augmented assurances” about the US plans to attack Iran.

The Former Unofficial President Weighs In On Attacking Iran

Former Vice President and George W. Bush’s puppet master, Dick Cheney, weighed in on attacking Iran as well. Cheney, speaking to a private meeting attended by leaders of the GOP, stated that Iran needed to be attacked because they posed a nuclear threat to the world. A secretly made tape recorded Cheney’s private remarks in which he blasted Obama, American isolationists and impotent Republicans.

If Russia is allowed to occupy Ukraine, Putin will subsequently blackmail Europe with the Russian gas that flows through Ukraine. Putin would undoubtedly refuse the Petrodollar as payment for the Russian gas and this will send the US into a tailspin. As a result, NATO will disintegrate and the United States will be left isolated. The NATO plan is becoming quite clear. First, Ukraine is being plundered by Western Banksters with a series of austerity programs including the theft of all Ukrainian gold. Banksters are ensuring that if Russia does prevail and occupy Ukraine, Putin will have taken over a country which would already be destroyed by these austerity programs. Also, I fully expect that when the Russian invasion occurs, that NATO forces will destroy Ukraine’s gas pipelines. The US move into Romania with ground forces, and more importantly aircraft, is highly significant because it places the Crimean based Russian Black Sea Fleet under direct threat. Additionally, air cover for Ukraine will have been achieved. The move by NATO to militarize Azerbaijan, blocks a Russian military rescue mission which could come to the aid of Iran in case of a joint US/Israeli attack. NATO is quickly mobilizing to confront Russia by this summer. If you were Putin, what you do? Putin has 60 days to act, and act he will. NATO knows it cannot win in Ukraine, however its provocative move will tie up Russian forces and block a Russian advance into the Middle East and Iran and Syria will be captured and the Petrodollar will live on for another day. As with all wars, when the shooting starts, there are no limits as to the escalation potential. Again, I issue my warning to stock up on necessary supplies for if this war goes global, all bets are off.