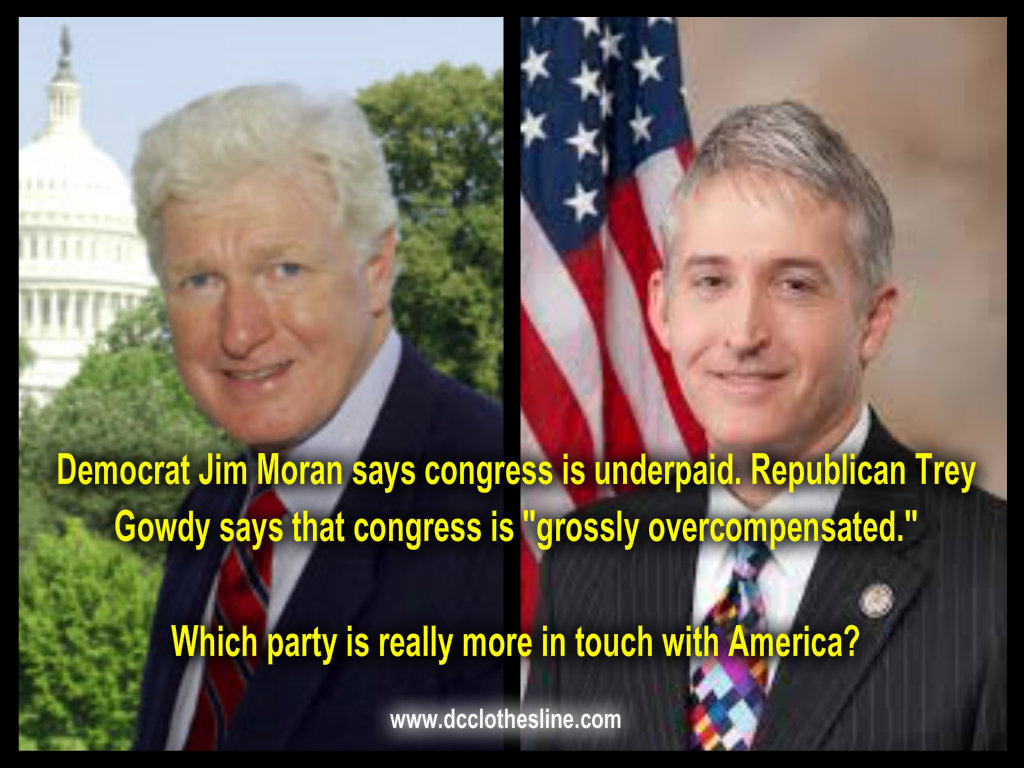 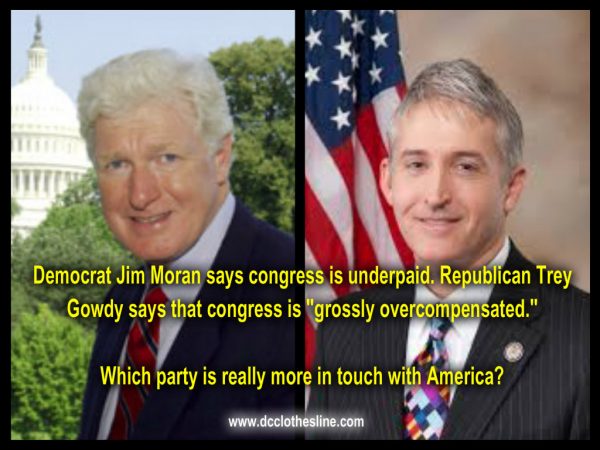 This past week, Democrat Congressman James Patrick Moran (VA) told CQ Roll Call, “I think the American people should know that the members of Congress are underpaid.” Moran drew criticism for his comments, and rightly so. However, South Carolina Representative Trey Gowdy (R) told Greta Van Susteren that Moran’s comment were not only “laughable,” but went on to say, “given our job performance and our salary, that we are anything other than grossly overcompensated.”

Gowdy ripped Moran’s comments to shreds and claimed the even fellow Democrats thought the Virginia congressman’s comment were over the top. He referenced many people in the world that are underpaid, including his wife who is a school teacher, but he did not agree that members of the United States Congress were among them.

“Members of Congress are incredibly blessed and fortunate to have the jobs we have,” Gowdy said. “Nobody makes us run. Every two years we offer for public office and if you don’t want to do it, then don’t run, but the notion that you can make $174,000 in this country and be underpaid is laughable.”

“We are better off than 99.9% of the people that we claim to work for, and I would be embarrassed to say given our job performance and our salary, that we are anything other than grossly overcompensated,” the South Carolina congressman said.

Though Van Susteren didn’t put Gowdy in the crosshairs about Congress’ oversight, given the fact that he has been one of the loudest voices about the lack of oversight by Congress concerning various scandals in the Obama administration, she did bring up the fact that Congress has been negligent and impotent in providing oversight in any reasonable measure. She asked Gowdy what his colleagues would point to as a reason to increase their pay.

“I don’t know of any colleagues, on either side of the aisle, and I talked to several of them… who wouldn’t tell anyone that they deserve a pay raise,” he said. “Mr. Moran may feel that way, but I’ll talk to plenty of Democrats and Republicans… after what he (Moran) said what he said, and he is a majority of one, if he believes that.”

Rep. Gowdy said that Congress had not done an effective job at oversight. However, he added, “But even if we were doing a good job, public service means you give something up. You get compensation in other ways. You get the benefit of working in the Capitol. You get the benefit of being a part of history, of being able to vote for your fellow citizens…all of which is priceless. So, even if we were doing a great job, which no one believes, including our families and staffs…, we still don’t deserve a raise.”

Of course, Greta went on to talk about “getting things done,” like the amnesty project and other specialty items, she thought that Congress should get a raise.

The South Carolina congressman “politely” disagreed with Van Susteren. “There are equally important jobs, like law enforcement and firefighters and education…and anyone who takes care of children, who make far less. My wife makes a fifth of what I make. My sheriff makes less than half of what I make, and they do a great job. So, $174,000 is a lot of money, whether you’re doing a great job or not so great a job.”

Gowdy went on to state that he does believe there are members of congress that earn their salary. However, he went to the heart of the issue, and that is if someone wants to make money, then they should be in the private sector, not running for office.

“But don’t run for office and then complain about the salary, because you know what it is when you file,” Gowdy chided.

I agree with that. We can apply that across the board too. Teacher, policemen, firefighters and anyone that takes a job either in the private sector or some government paid job knows exactly what they are going to be paid when they join, and the only reason for anyone to advance in pay is if they are actually doing the job they took on efficiently and effectively. In the case of government, no one should be looking to expand government, but to limit it.

Gowdy is right. Congress has failed to keep the Executive Branch in check, and as such deserves absolutely no pay increase.

I’m glad to hear Trey Gowdy be honest with the American people about it.