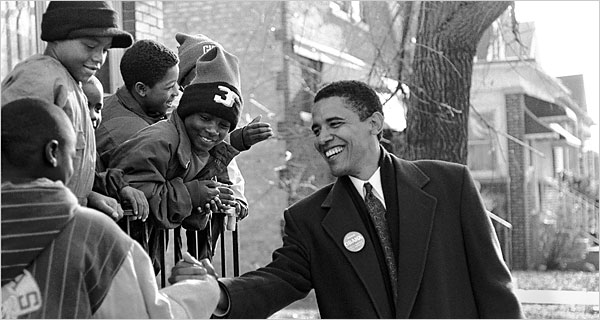 War is what Obama does best. 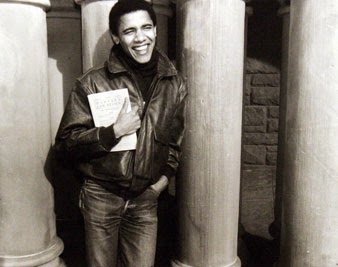 Walk up to a union member snoozing on a bus, a Latino man crossing the street, a gay cowboy poet earning minimum wage, and community organize him along with a few hundred thousand others into the latest battle in the social justice war that never ends.

“Fight for card check, for birth control, for gay marriage and illegal alien amnesty.” Every time a battle is won and an election ends, a new source of social conflict is dug up and deployed for war.

As a domestic radical, divisiveness is his natural weapon. Obama isn’t out to unite Americans. He isn’t even out for tolerance. His game is divide and conquer, playing on fragmented identities, assembling coalitions to wage war against some phantom white heteronormative patriarchy consisting of a middle class barely able to pay its bills.

It’s governing by terrorism. The bombs are ideological. The objective is a constant state of war.

The war that never ends has been good to Obama. Its various clashes have given him two terms and very little media scrutiny. They have given him a post-American army of identity groups with few mutual interests except radical politics and government dependency.

While Obama profits from stirring up conflicts at home, making it easy for him to light some fuses and walk away, he loses from conflicts abroad.

A Reaganesque president could have turned the Syrian Civil War or Russia’s invasion of  Ukraine into an approval rating bonanza. Foreign conflicts pay off politically for presidents even when they aren’t involved. But that’s not true of Obama who is congenitally incapable of showing strength and reacts to a foreign crisis by playing for time while struggling to resolve the ideological betrayal of using American power abroad.

Internationally, it’s the KGB agent, not the community organizer, who profits from conflict. Putin plays Obama’s role in the world community, dividing and conquering, doing to America internationally what Obama does to it domestically.

Obama uses a phantom patriarchy, a phantom white privilege, a phantom 1 percent, to mobilize a coalition for his own agenda. Putin, like Bin Laden and many other enemies, uses the United States as a phantom enemy to organize a coalition of “oppressed” tyrants from Belarus to Venezuela to North Korea.

It needs an enemy to give it meaning. Without a common enemy it will tear itself apart and die.

The same is true of the anti-American coalition that Putin has cobbled together out of Marxist dictators in Latin America, Shiite fanatics in Iran, a North Korean prep school grad who starves his people to build nukes, Ron Paul supporters convinced that every war is a CIA conspiracy and radical leftists in the US who believe the same thing. Like allying the NAACP, AFL-CIO and GLAAD; it’s an odd conclave, but as long as everyone focuses on a common foe, they can all be herded in the right direction.

It’s not just that Obama is weak and inept. The real problem is that he’s using a rulebook that Moscow is entirely familiar with because its men helped write it. The Russian authorities have generations of experience dealing with Western lefties. They know that Obama wants domestic revolution, not international conflict, and that when in doubt he will assume that America caused the problem by wrongly throwing its weight around. 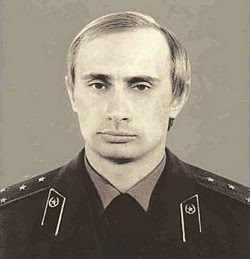 The Communist leadership in the USSR turned the Western left into its hand puppets in a short amount of time. Its people hosted them, brainwashed them and blackmailed them. The KGB vets running the show now understand Obama intimately because they understood his mentors. The tactics that Obama and his people imagine are clever and innovative are a minor example of the  tactics that the USSR was using abroad before he was even born.

Obama isn’t isolating Putin. Putin is isolating Obama. He’s doing it in the same way that Obama did it to Republicans.

What too many liberals have failed to understand is that anti-Americanism has nothing to with America. It’s not American foreign policy that’s the issue. Even individual resentments and conspiracy theories, the School of the Americas, the United Fruit Company and oil pipelines, are just a spice to give the dish flavor. Anti-Americanism creates and maintains a phantom enemy.

Osama bin Laden flew planes into the World Trade Center to increase the importance of Al Qaeda. Khrushchev’s bellicose posturing was intended to increase his stature at home and to ensure that the USSR would be taken seriously as a world power by framing its presence on the world stage alone with America. For Putin, conflict with America wasn’t a reason not to invade Crimea, but an incentive to do just that. Russia doesn’t want an actual shooting war, but it isn’t worried about one.

Putin is weakened, his popularity is shaky, the energy economy that he built up may collapse and the domestic opposition shows no fear of him despite all the beatings, arrests and suspicious suicides. Crimea polarizes his domestic debate on favorable terms, between nationalists and ‘traitors’, and increases his stature internationally as a world leader through the simple act of humiliating Obama.

This should be familiar territory for Obama who has reacted to bad economic news by finding targets to attack. The War on Women had a lot in common with the invasion of Crimea. Both were sham wars stirred up by corrupt political figures that exploited errors made by their opposition to polarize the political battleground while distracting everyone from their own misdeeds.

Putin and Obama are both deeply corrupt men whose former popularity has waned and are badly in need of distractions. The soft distractions of photo ops with celebrities, impromptu musical performances and hunting expeditions, won’t work. So they turn to the hard distractions of war.

The threat that both men face is the same. Their people are suffering and that suffering has been caused in no small part by the culture of corruption surrounding them. Obama and Putin’s friends have robbed both countries blind and the American and Russian peoples are waking up to their crimes.

That’s why Putin isn’t going to play nice. Unlike Obama, his domestic political opposition isn’t in a position where it can be blamed for anything involving his regime. He can’t declare that his domestic political opposition is waging a War on Women or opposes raising the minimum wage. Too much power has been consolidated for too long for gimmicks like that to work in Russia.

Instead he has to seek his wars abroad. 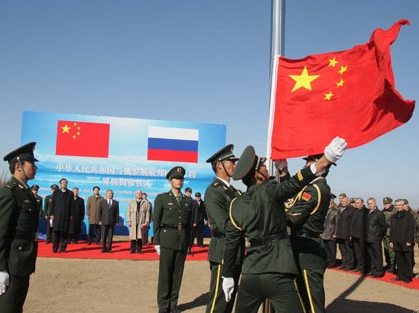 Like Al Qaeda, the Taliban and even the current loony leader of Venezuela who sends soldiers to seize electronics stores in a desperate bid to stave off public outrage, Putin is determined to score points from the post-American transition. Reducing American power and influence worldwide was a move that the foreign policy left believed would defuse tensions. Instead it has turned into a gold rush for every petty tyrant and terrorist eager to count coup by humiliating the United States.

Obama wanted a peaceful post-American transition. Instead he’s getting worldwide chaos and war.

Putin seeks out a conflict with the United States for the same reason that Obama seeks one out with Republicans; he wants an easy target to beat up on to distract from the economy and political corruption. United Russia, like the Democratic Party, is a party of crooks and thieves, which survives by fighting phantom enemies for phantom causes while robbing everyone blind.

For Obama and Putin, it’s not really about Crimea or birth control, the Russian language or gay marriage.