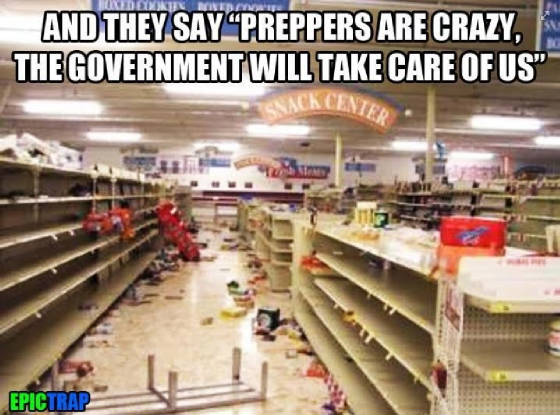 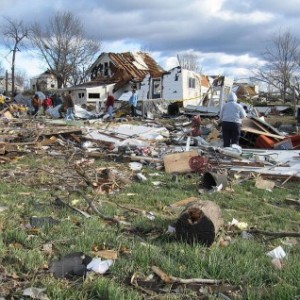 Sometimes I think that I sound like a broken record.  I am constantly using phrases such as “get prepared while you still can” and “time is running out”.  In fact, I use them so often that people are starting to criticize me for it.  But the truth is that only a small percentage of people out there are actively taking steps to get ready for what is coming.  Most of the country is not prepared at all.  In many ways, it is just like 2007 all over again.  There were many people that could see what was about to happen and were doing all they could to warn people, but most did not listen.  And then the great financial crisis of 2008 struck and millions of people lost their jobs and their homes.  Unfortunately, the next great wave of the economic collapse is going to be even more painful than the last one.  It is imperative that people get prepared for what is on the horizon, but for the most part it is just not happening.

A lot of it has to do with the fact that we have such short memories and such short attention spans in America today.  Thanks to years of television and endless hours on the Internet, I find myself having a really hard time focusing on anything for more than just a few moments.  And we are accustomed to living in an “instant society” where we don’t have to wait for anything.  In such a society, we are used to “news cycles” that only last for 24 hours and very few people take a “long-term view” of anything.

And another one of the big problems that we are facing is something called “normalcy bias”.  The following is how Wikipedia defines it…

The normalcy bias, or normality bias, refers to amental state people enter when facing a disaster. It causes people to underestimate both the possibility of a disaster occurring and its possible effects. This often results in situations where people fail to adequately prepare for a disaster, and on a larger scale, the failure of governments to include the populace in its disaster preparations. The assumption that is made in the case of the normalcy bias is that since a disaster never has occurred then it never will occur. It also results in the inability of people to cope with a disaster once it occurs. People with a normalcy bias have difficulties reacting to something they have not experienced before. People also tend to interpret warnings in the most optimistic way possible, seizing on any ambiguities to infer a less serious situation.

Over the past several years, the U.S. economy has been relatively stable.  And that is a good thing.  But it has also lulled millions upon millions of people into a false sense of security and complacency.  At this point, most Americans consider 2008 to be a temporary bump in the road, and most assume that the U.S. economy will always be strong.

Unfortunately, that is not the truth.  As I have written about previously, the long-term trends that are destroying our economy have continued to get worse since 2008, and none of the problems that caused the last financial crisis have been fixed.

We are steamrolling toward the edge of an economic cliff, and most people in our entertainment-addicted society are totally oblivious to what is going on.  So they are not doing anything to get ready for the immense economic pain that is coming.  The following are 16 signs that most Americans are completely unprepared for the coming economic collapse…

#1 Could you come up with $2000 right now?  According to a shocking study that was just released, most Americans could not…

Forty percent of individuals in the U.S. said they could not or probably could not come up with $2,000 if an unexpected need arose, according to research by Atif Mian of Princeton University and Amir Sufi of the University of Chicago Booth School of Business.

#2 In that same study, Americans were asked the following question…

An astounding 60 percent of people that responded said that they do not.

#3 Another study found that less than one out of every four Americans has enough money stored away to cover six months of expenses.

#4 Some people are actually trying really hard to get ahead, but admittedly that is really tough to do when we are all being taxed into oblivion.  In fact, it was reported this week that Americans now spend more on taxes than they spend on food, clothing and housing combined.

#5 Right now, more Americans are dependent on the government than ever before.  In fact, according to the U.S. Census Bureau, 49 percent of all Americans live in a home that currently gets direct monetary benefits from the federal government.

#6 It is estimated that less than 10 percent of the entire U.S. population owns any gold or silver for investment purposes.  That is a stunning number.

#7 It has been estimated that there are approximately 3 million“preppers” in the United States.  But that means that almost everyone else is not prepping.

#8-16 The following are nine more statistics that come from a survey conducted by the Adelphi Center for Health Innovation.  As you can see, a significant portion of the population is not even prepared for a basic emergency that would last for just a few days…

What do you think is going to happen to these people once the economy collapses and there is chaos in the streets?

How are they going to survive?

After all of these years of writing about the coming economic collapse, nothing has changed as far as the long-term outlook is concerned.

We are still heading toward a complete and total economic meltdown.

But most Americans continue to have faith in the system, and the mainstream media keeps assuring them that everything is going to be just fine.

And in this “dumbed-down” society of ours, most people are perfectly content to let others do their thinking for them.  In America today, only one out of every six Americans can even find Ukraine on a map of the world.  That is how far we have fallen.

In this day and age, it is imperative that we all learn how to think for ourselves.  The foundations of our society are crumbling, our economic system is failing and the blind are leading the blind.  If we do not learn to make our own decisions, we are just going to follow the rest of the herd into oblivion.

In addition, we all need to start taking a long-term view of things.  Just because the economic collapse is not going to happen this month does not mean that it is not going to happen.  When you step back and take a broader view of what is happening, it becomes exceedingly clear where we are heading.

Sadly, most Americans will never do that.