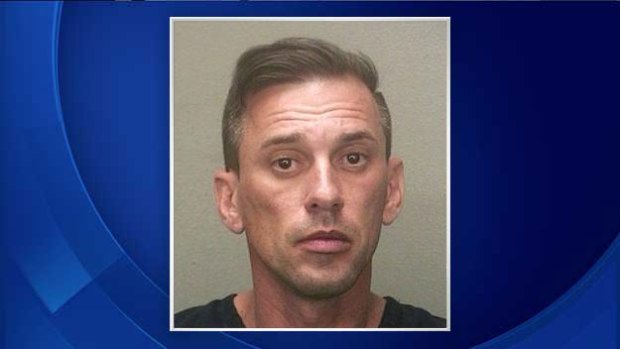 CBS Miami reports, April 7, 2014, that last December, Carlos López, 45, a high-ranking Florida city official concealed a meth glass pipe from police by inserting it in his rectum just before he was arrested.

López was arrested in Fort Lauderdale for using methamphetamine while driving through Hialeah’s downtown area. He was Hialeah’s purchasing director at the time of his arrest.

The arrest report, signed by an officer identified as R. Goderstad, said: “López appeared visually shaken and seating. Lopez’s face was flushed from an apparent rise in body temperature and pupils were dilated. As Lopez searched for his license I observed involuntary muscle spasms in Lopez’s face as well as slurred repetitive speech. These symptoms are consistent with being under the influence of methamphetamine.”

Officer Goderstad saw López’s 2008 Hyundai driving slowly on 4th Avenue NW when several men approached the vehicle. The men ran away when they saw the patrol car. López then accelerated the car to 50 MPH in a residential zone where the speed limit is 25. Goderstad stopped him.

Goderstad’s report says he suspected that López was under the influence of drugs and called a canine unit. A unit officer found a small metal container with methamphetamine.

The arrest report goes on to say López was taken to a hospital to have the pipe removed.

López has been in trouble while working for the City of Hialeah before:

In spite of his arrest in December 2013 for meth use, two months later in February 2014, López was transferred from purchasing director to a leadership post as property superintendent of the City of Hialeah.

Hialeah mayor Carlos Hernández did not respond to questions by El Nuevo Herald. Arnie Alonso, Hernández’s chief of staff, said that the City of Hialeah had taken “appropriate management measures” in López’s case and that they were awaiting court procedures in the Fort Lauderdale case.

A spokesman for the Broward state attorney’s office said there is a hearing in Lopez’s case scheduled for May 7.