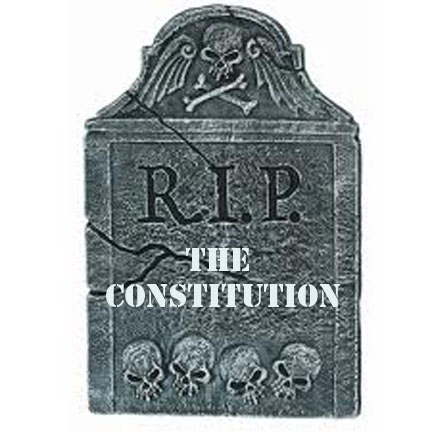 We do not have to wait for a Constitutional Convention for America to be robbed blind when it comes to their liberties and freedoms. Americans do not have to wait for some rogue President to begin to mass arrest our citizens under the NDAA to experience unconstitutional tyranny. Wholesale tyranny is happening everyday in America in which local governments are doing a marvelous job of separating Americans from both their money and their freedoms.

Across the country in numerous cities, various taxi unions have banded together and coerced local governments to pass laws banning carpooling. The unions’ actions are legitimized because these actions are necessary to “protect” the public from itself.

Ridesharing (aka carpooling) consists of private citizens contacting each other through their smartphone ridesharing apps and arranging to shuttle each other to various destinations for a fee. This is an age-old practice which has exploded in the new digital age.

Unfortunately, the practice has drawn the ire of the taxicab industry and they have mustered up enough money in many major cities to outlaw the practice.

The practice of ridesharing, in its informal form, is almost as old as the automobile itself, but in the digital age app-enabled ridesharing has seen an explosion in interest, threatening the commercial taxicab industry and the city officials who depend on that industry for revenue. Despite the fact that proponents of Agenda 21 mandate that we drive less, taxicabs unions are able to force the small entrepreneurs out of business.

The penalty for private ride-sharing for non taxicabs entities is the forfeiture of one’s automobile. This practice violates the Equal Protection clause of the 14th Amendment. Additionally, restraint of free trade and the First Amendment right to peaceably assemble. And when two or more parties peaceably assemble, government does not have the right to regulate the exchange of services. Finally, the practice of seizing cars for engaging in ride-sharing, violates the Due Process provision of the Fifth Amendment which is permitting the seizure of private property in a context where Constitutional rights are being denied.

Officer Joel Mann, an 18 year veteran of the Tucson Police Department, literally comes from nowhere to viciously attack an innocent bystander, Christina Gardilcic, in a display of cruel and unusual punishment, who was simply making her way through the crowd.

EDITOR’S NOTE: THE VIDEO OF THE TUCSON POLICE OFFICER ATTACKING AN INNOCENT BYSTANDER HAS BEEN REMOVED. OFFICER JOEL MANN DESERVES DISCIPLINE. MANN HAS BEEN REASSIGNED AND NOW WE SEE PROOF THAT THE EVIDENCE AGAINST HIM IS DISAPPEARING.

The Practice of Slavery Has Migrated to New Mexico

In today’s upside down America, gay activists are allowed to engage in an expression of their political and moral beliefs where heterosexual practicing citizens are not. I would care less what consenting adults do behind closed doors. However, none of us should tolerate double standards and preferential treatment under the law.

Elane Huguenin, who works as a wedding photographer from New Mexico, was arraigned before that state’s “human rights” declining to provide her services to a lesbian couple planning a “commitment ceremony”. New Mexico doesn’t recognize same-sex marriage. Huguenin was fined and the money awarded to the gay activist, Antonio Darden, was able to use the fines extracted from Huguenin to purchase photos of their illegal gay marriage ceremony.

Interestingly, Darden made headlines two years ago when he announced that he would not accept business from New Mexico governor, Susana Martinez, who announced that she was opposed to gay marriage. So what is good for the goose is not good for the gander. This clearly violates the 13th Amendment banning the practice of slavery which would force people like Hugenin to provide services against her free will. Since Darden was allowed to engage in the same practice that Huguenin was fined for, this creates a 14th Amendment violation of creating a specially protected class.

Suspended for Twirling a Pencil

A New Jersey Superintendent, Charles Maranzano, responding to an incident at Glen Meadow Middle School insisted that school authorities had no choice when Ethan Chaplin was suspended for twirling a pencil in math class as he was being bullied by a boy in the class. The same bully yelled out that Chaplin was “… making gun motions, send him to juvie”. Maranzano responded by suspending Chaplin and the bully was not punished for his actions.

Chaplin’s father was told that his boy would be subjected to a five hour mental status exam and that he would have to be stripped search and forced to give urine, blood and DNA samples. The social worker cleared Chaplin and he was allowed to return to school.

First and Second Amendment Violations by Local Government in Missouri

Missouri homeowner Jordan Klaffer was shooting firearms on his rural property as he has done for years. Klaffer encountered a plainclothes police office who told him to surrender his guns. The alleged officer did not show any identification.

As it turned out, the man who arrived at Klaffer’s property was Jerry Bledsoe, who serves as both a captain on the Scott County Sheriff’s Department, as well as the chief of the Kelsoe Police Department. Klaffer recorded the event on his cell-phone.

A confrontation ensued as Klaffer explained that there was no ordinance that prohibited him from discharging firearms on his property.

Bledsoe responded by stating that “I’m not going to argue with you… you will turn your guns over to me, or you will be placed under arrest.”

Funny, the video, which is displayed below did not reveal a warrant to seize anyone’s guns.

Bledsoe did not seem to dispute the claim that Klaffer was not violating any ordinances related to the discharge of a gun, but then Bledsoe pulled a rabbit out of his hat as he claimed that anything Klaffer does that bothers anyone else is considered “disturbing the peace.”

Bledsoe refused to submit to the confiscation of guns and was arrested.

Subsequently, Klaffer posted a photo of Bledsoe on Facebook and Instagram and subsequently compared him to Suddam Hussein. Here is the video, you can judge if Bledsoe reminds you of Hussein.

LESS THAN 24 HOURS FOLLOWING THE POSTING OF THIS OUT OF CONTROL POLICE OFFICER (BLEDSOE), WE ALSO SEE THIS VIDEO SCRUBBED AS WELL. THERE IS AN EMERGING STORY WITHIN THE STORY, IT IS CALLED CENSORSHIP!

However, the story does not end there. Bledsoe took Klaffer to court and obtained an injunction to remove the posting from Facebook and Instagram.

The Patriot Act, Executive Order 13603, the NDAA, the John Warner Defense Bill and endless and illegal 4th Amendment violations by the TSA and the NSA constitute only a part of the tyranny which are robbing Americans of their Constitutional rights. Local governments are out of control and their actions have placed the Constitution on life support.