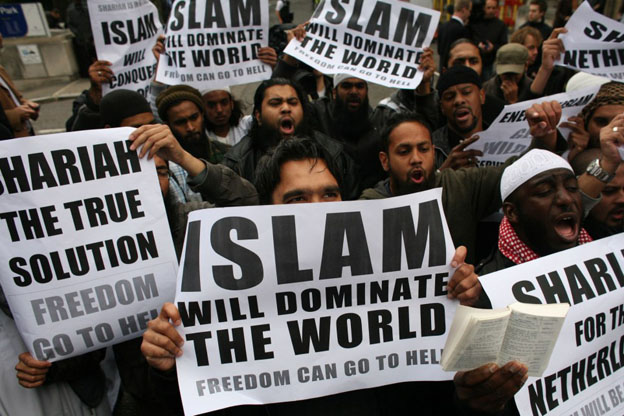 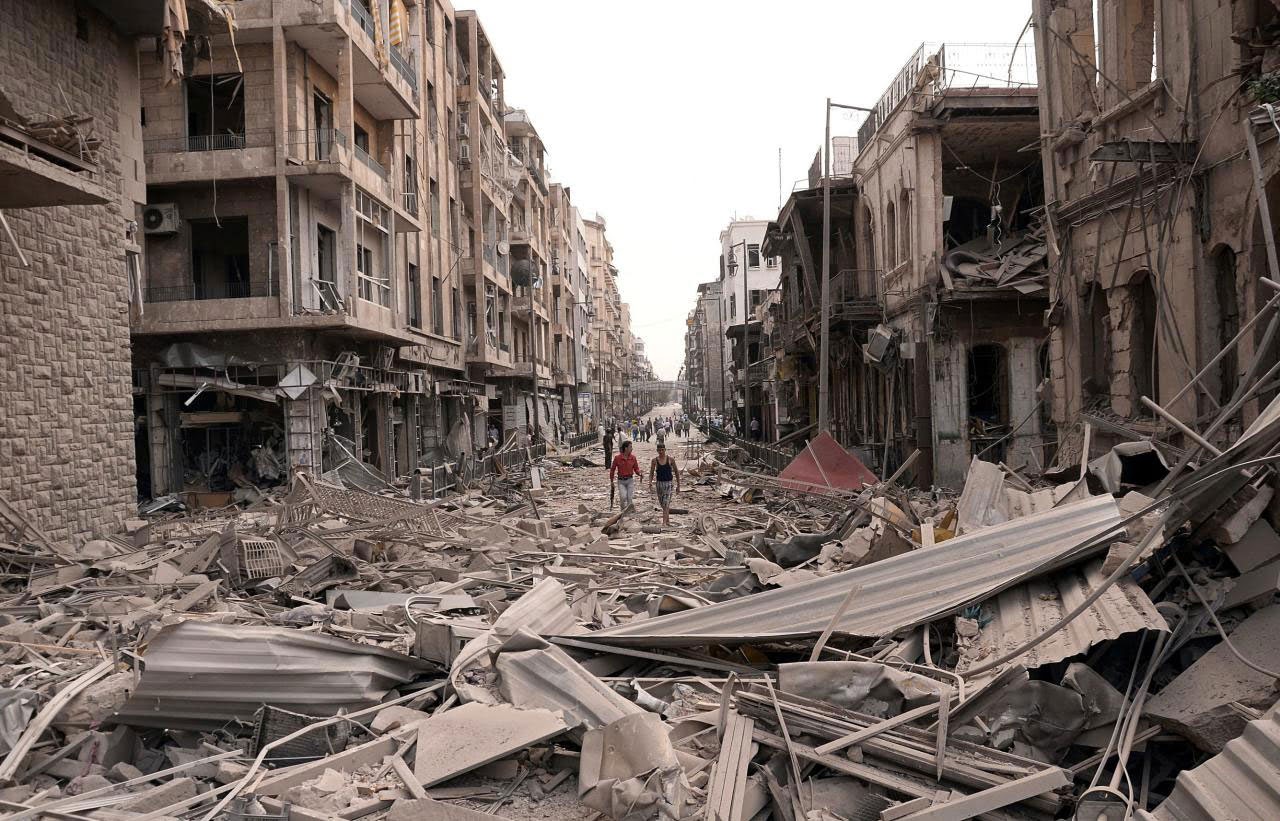 It’s not however money and weapons that splits Muslims over Syria. Money and weapons are only the symbols. What they represent is Islam. And what Islam represents is the intersection between identity and power.

A modern state derives its power from its identity. That is nationalism. The Japanese and the Russians were willing to die in large numbers for their homeland during WW2. Both countries had undergone rapid de-feudalization turning peasants into citizens with varying degrees of success. Japan and Russia however had historic identities to draw on. The rapid de-feudalization in the Arab world had much messier results because countries such as Jordan and Syria were Frankenstein’s monsters made out of bits and pieces of assembled parts of history stuck together with crazy glue.

The Middle East is full of flags, but most are minor variations on the same red, green, black and white theme. The difference between the Palestinian flag and the Jordanian flag is a tiny asterisk on the chevron representing the unity of the Arab peoples.

The Iraqi, Syria and Egyptian flags differ in that the Egyptian flag has an eagle sitting on its white strip and the Iraqi flag had three green stars (now it only has Allahu Akbar) while the Syrian flag has two green stars. The Iraqi flag was originally the same as the Jordanian and Palestinian flags. So are most of the flags in the region which are based on the Arab Revolt flag which was in turn based on the colors of the Caliphates.

Every time you see the Al Qaeda “black flag” of Jihad, it’s already represented in the black stripes on the flags of every Arab nation. What Al Qaeda has done is strip out the other colors representing the various succeeding caliphates and gone back all the way to the black of Mohammed’s war flag.

(Mohammed hadn’t originated the black flag. Like the rest of Islam, it was a tribal adaptation. Black had been the color of the headdresses worn into battle. It symbolized revenge. As a warlord, Mohammed often wore black. Black came to symbolize Islam, the color which does not change, for the religion that does not change. Impermeable, offering no illumination or light.)

Syria is split, roughly speaking, between the Kurds, who want their own country, Greater Kurdistan, to be assembled out of pieces of Iraq, Iran, Syria and Turkey, the Sunnis, many of whom want to form it into a Greater Syria, to be made out of pieces of Israel, Syria, Lebanon, Jordan and Iraq, and the Neo-Shiite Alawites.

Greater Syria was the original agenda of the Palestine Liberation Organization. It’s still the agenda of the Muslim Brotherhood in Syria. And Al Qaeda in Iraq has become the Islamic State of Iraq and the Levant and is fighting for its own version of a Greater Syria tying together Iraq and Syria. 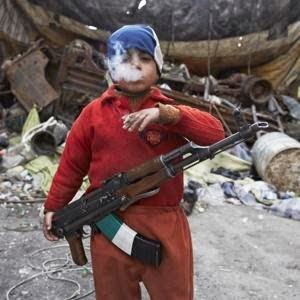 What is Syria? The civil war answered that question. Like the USSR, it’s a prison of nations. It exists only by virtue of men pointing guns at other men. As long as all the men with the guns agreed on what Syria was, the country existed. Once they no longer did, there was no longer a Syria. The same is true of much of the Middle East.

There are questions that you can resolve with democracy within a functioning country, but when your country has less of an existence than the conflicting religious and ethnic identities of its people, democracy only makes the problem worse. Democracy in Iraq means Shiites voting to be Shiite, Sunnis voting to be Sunni and Kurds voting to be Kurds. Democracy in Syria would mean the same thing. And that way lies a federation and then secession and civil war all over again.

The problem in the Middle East isn’t a lack of democracy. It’s the lack of anything to be democratic about.

Everyone in the Middle East (who isn’t a Jew, Christian, Kurd, Bahai, Zoroastrian, Armenian, Circassian, Druze, etc.. ) agrees on the importance of Arab and Islamic unity and that their specific flavor of it, their clan, their tribe and their Islamic interpretation should be supreme.

It’s not surprising that the Middle East is constantly at war. It’s only a wonder that the fighting ever stops.

Arab nationalism is the ideology that Arab elites used to complete the de-feudalization of their population from peasants into citizens. But what worked in Japan and Russia fell flat in the Middle East where tribe and religion are still supreme. The peasants didn’t become Egyptians or Syrians. They remained Ougaidat or Tarabin. After that, they were Muslim. Their national identity came a distant third.

What the Arab Spring truly showed is how little national identity mattered as democracy and the fall of governments demonstrated that there was no national consensus, only the narrower one of class, tribe and institution. It’s not something that Americans should be too smug about. The left’s efforts are reducing the United States to the same balkanized state in which there is a black vote and a white vote, a rich vote and a poor vote, but no national identity that transcends them. We too are becoming ‘Sunnis’ and ’Shiites’. It’s no wonder that Islam finds the post-American United States and the disintegrating territories of the European Union fertile ground for its work.

It’s the same reason why Islam is rising in the Middle East. The rise of Islam is a striving for an era before nations and before whatever remnants of civilization accreted to the Mohammedan conquerors over the years. It’s a desire for pre-civilization, for the raid, the noble savage and the twilight of morality. It’s a heroic myth dressed up as a religion cloaking the naked savagery of it all.

Hasan al-Banna, the Muslim Brotherhood’s founder, wrote, “Our task is to stand against the flood of modernist civilization.” Syria is the desert that remains when the flood of civilization has passed. The atrocities there show us life in Mohammedan times when banditry was the only civilization that there was.

It can’t unite, because Islam is a disruptive force that achieves its unity through violence. It’s a supremacist ideology whose final solution is always the sword. Mohammed won his debates by killing his enemies. A rising Islam is forcing Christians out of the Middle East while obsessively hurling its force against the Jewish State. But it doesn’t end there. A religion that can’t co-exist with other religions… also can’t co-exist with itself.

How do Muslims settle religious arguments with each other? The same way they settle them with Jews and Christians. That is what we are seeing in Syria. 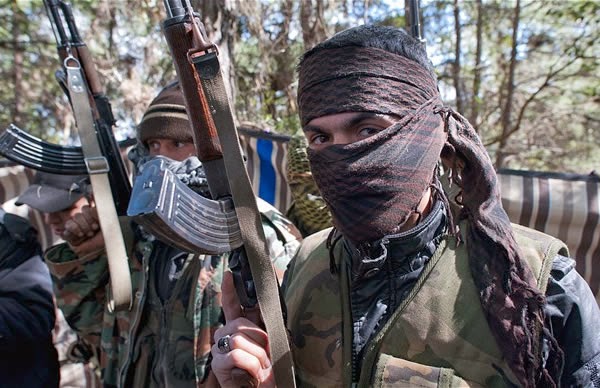 Arab nationalism failed to provide the modern identities that its people needed. Instead they are reverting to Islam which provides an identity of war, an endless splintering of cities into armed camps, brigades into bands and nations into quarreling ethnic and religious groups at each other’s throats.

Islam is the conscious abandonment of civilization and co-existence for the nomadic life of the Jihadi who drifts from place to place, his weapons on his back, destroying cities and farms, taking anything and anyone he likes, and moving on to the next fight and the next burning city.

The Jihadist is at war with civilization, with the city, the family and the settled way of existence. He is a nomadic raider rolling back time to pre-history. He is the savage warrior of the savage past. 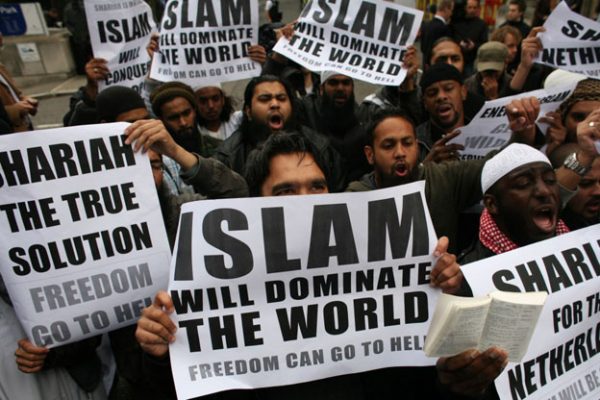