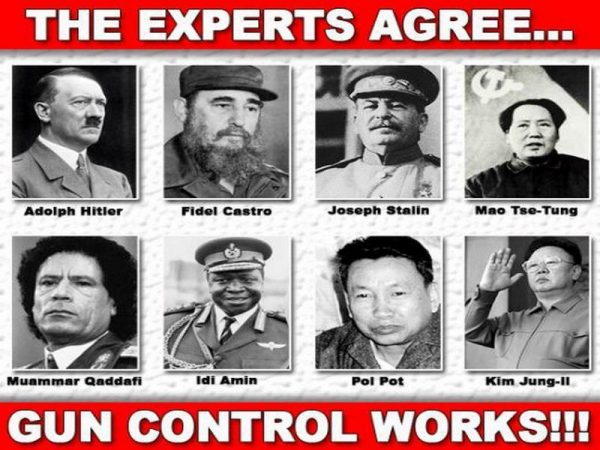 If the average person thinks they escape the train wreck that is coming, think again. Domestically, there are very powerful forces aligning to take tyranny to whole new level of enforcement. The forces behind the Obama administration are undeniably preparing to seize your guns through one means or another. These same forces are preparing to control your cars and your access to travel which is a hallmark trait of totalitarian martial law enforcement. In short, the present administration is prepping for the coming purge.

The Justice Department has requested $382.1 million in increased spending for its fiscal year 2014 budget for the announced purpose of “gun safety.” Mark my words, this has nothing to do with gun safety, it is about gun control and eventual gun confiscation.

Obama is proposing  $2 million for “Gun Safety Technology” grants, which would award cash prizes for technologies that can control access to guns.

The technology behind the recent innovations which can control a person’s access to guns is stunning as is can allow a gun owner to only unlock a safe with a fingerprint scan and an RFID-equipped bracelet, like the one presently being touted by Attorney General Eric Holder.

Others gun control pundits have suggested manufacturing GPS tracking and RFID chips into every gun. RFID chips transmit location data and are used by law enforcement agencies to send automatic alerts if a weapon moves away from the initial tracker, indicating that the gun is lost or stolen. At the end of the day, if this technology is implemented, the government will not have to seize each and every gun because they will have the technology to simply turn off access to each and every gun. And history clearly shows what happens when guns are seized, genocide follows. In the 20th century, there were 17 genocides and each one was preceded by gun confiscation.

Seizing Guns As a Prelude to Democide

Do you think that mankind is becoming more civilized due in part to the all the new technology being introduced to society? Think again, nothing could be further from the truth. The 20th century witnessed a record number of people murdered by their government and in each case, each individual genocide was preceded by gun confiscation which took away the citizens ability to protect themselves.

The University of Hawaii has sponsored a project in which they have analyzed the number of people who have been murdered by their government. The term that the University of Hawaii uses to describe this action is democide (i.e. death by government). The number totals a staggering 262,000,000 people have been murdered by their government between the years to 1900-1987. This is what makes Holder’s gun ID bracelet so terribly dangerous because it could potentially render Americans defenseless.

One of the hallmark traits associated with an extreme totalitarian regime is the fact that travel is limited within a country. The Soviet Union was, and is, well known for this approach to controlling citizen movements. In our zeal to aspire to the worst of the old Soviet empire, the American government has implemented a technology in our cars which will accomplish the same thing.

As of 2015. all makes and models of cars are required to be fitted with Event Data Recorders (EDRs). The operative section is 31406. This is government mandated and there is no opt out for the general public.

Of course, the American people will hear to old worn out mantra, that this is for your safety. When you hear that word, “safety”, you can bet that you are going to be forfeiting some rights.

You can also bet your bottom dollar that the powers-that-be are going to make money off of this technology. We have heard about this technology for a long time. If you speed, you will have a ticket waiting when you return home. The same will be true when your new car spy system detects that you are not wearing your seat belt, you will be fined and when you return home, your adjust insurance premium will be waiting on your email.

Agenda 21 proponents will love their new ability to limit the amount of miles you drive and the ability to limit where you drive. Of course, they will keep you out of National Forests, rural areas and anywhere else they do not want you to visit. And of course when you exceed your allotted mileage, your car can be remotely disabled.

Now we come to the punch line. Many are speaking about the fact that the next step in this technology is to marry a GPS system with the EDR. This will give remote third parties complete control over your car including the ability to hack into controlling the vehicle. Just ask Michael Hastings’ widow if this a good idea.

If someone from DHS ever decides that you are a threat to the status quo, your ability to bug out and lay low will be eliminated if your car is to be intended to be used as the get-away vehicle.

EDRs parallel what the Soviets did with their domestic travel. The Soviets and later the Russian Federation had an internal passport system which was initially issued at the age of 14 by the Russian Federal Migration Service only at the Russian territory, and has to be renewed at the ages of 20 and 45. Every Russian over 14, residing in Russia, is required to have a valid internal passport (so much for Putin’s new Russian democracy).

In effect, the EDR can perform the same function as the Russian internal passport system. The device can prevent people from going where the authorities do not want people to go. Make no mistake about it, this is the equivalent version of a “papers please” society. Also, if there is indeed an enemies of the state list, the EDR, coupled with the NSA surveillance spy grid would make apprehending dissidents a relatively simple task.

The pieces are all coming together. The Obama administration is preparing to disarm the American people through the use of technology. The macho claim that the government will seize your gun “out of your cold, dead hand” is now a meaningless statement. The Obama administration will also be able to restrict travel and track your every move. When did we become the USSA?

The martial law noose is tightening our collective necks. In the next part of this series, new military technologies will be revealed which will serve to crush all civilian uprisings. The new technology is both novel and devastatingly effective as the bad guys continue prepping for the coming purge.