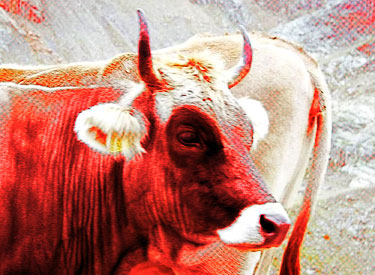 Cliven Bundy, a 67-year-old rancher says his family has worked the the 600,000-acre Gold Butte area since the late 1800s and that they were there well before the government’s Land Management Bureau ever came along.

A motion for summary judgment filed on behalf of the U.S. on July 9, 2013 reads:

The United States filed a complaint on May 14, 2012, for injunctive relief to prevent Bundy’s alleged unauthorized and unlawful grazing of livestock on property owned by the United States and administered by the Secretary of the Interior, Bureau of Land Management and National Park Service, and for trespass damages…

Bundy explained his case to The Blaze:

“I have raised cattle on that land, which is public land for the people of Clark County, all my life. Why I raise cattle there and why I can raise cattle there is because I have preemptive rights,” he said, explaining that among them is the right to forage.

Now armed federal agents have shown up to enforce the ruling, closing the public lands down to seize Bundy’s cattle. Over 230 of 900 have been impounded so far.

“For more than two decades, cattle have been grazed illegally on public lands in northeast Clark County,” the BLM said in a statement. “BLM and (the National Park Service) have made repeated attempts to resolve this matter administratively and judicially. Impoundment of cattle illegally grazing on public lands is an option of last resort.” (source)

“Last resort?” Why exactly does the government say it needs to come to this?

BLM spokeswoman Kirsten Cannon told reporters that the Bundys owe the government a total of $1.1 million, including $300,000 in back fees for using the land — but estimates reveal that the taxpayer cost of the federal government impounding the rancher’s cattle in response could top out at $3 million.

The scene is being set for what a lot of people fear will become the next Ruby Ridge or Waco, Texas standoff.

Bundy has said that 200 armed officers have been dispatched and are setting up shop on scene, watching his family’s every step, and his wife has reported that government snipers are now patrolling their ranch.

Bundy said, “They’ve been bringing men in and equipment and setting up a compound. They got helicopters flying low. They got snipers around the ranch. Our access to public lands has been blocked,” Fox News reported.

“We’re not pointing guns at anyone but we’re sure getting a lot of guns pointed at us,” Carol Bundy told Fox News.

BLM spokewoman Cannon would neither confirm nor deny Carol Bundy’s sniper claim, but she did say that, “There are law enforcement and other personnel in place as needed to ensure that the BLM and National Park Services employees and contractors are able to conduct the operation safely.”

“This is a lot bigger deal than just my cows. It’s a statement for freedom and liberty and the Constitution,” Bundy told Fox News.

On Sunday, Bundy’s son Dave was arrested and reportedly subjected to police brutality, for filming federal agents outside of this designated “First Amendment Area” on the now closed public lands.

Cliven Bundy’s daughter, Bailey Bundy Logue, told KSL TV that the family was trying to exercise their First Amendment rights by documenting the government’s seizure. “He did not resist arrest, but they continued to beat him. They put him on the ground and were standing on his head and had a dozen officers on top of him and dogs.”

Then Bundy Logue said something that, if nothing else, should cause America to at least pause and think real hard about the state of our nation:

“Wake up America. Look what our ancestors fought for and we need to stand up for that. We need to realize what’s happening. They are taking everything away from us. This isn’t only about one family. This is about everyone’s family. This is martial law and it’s in America and so what are you going to do to have it stay out of America?”

The whole story unfolding here of a man fighting for the “right to forage” on so-called “public land” owned by the U.S. government harkens back to the common law rights that emerged from the “Charter of the Forest” document first issued in 1217, a lesser-known compact that complemented the Magna Carta. It was meant to offer economic protection for the commoners to use the royal forests for food and to graze animals.

Prior to the charter, people could be put to death or dismembered for “trespassing” on royal lands. 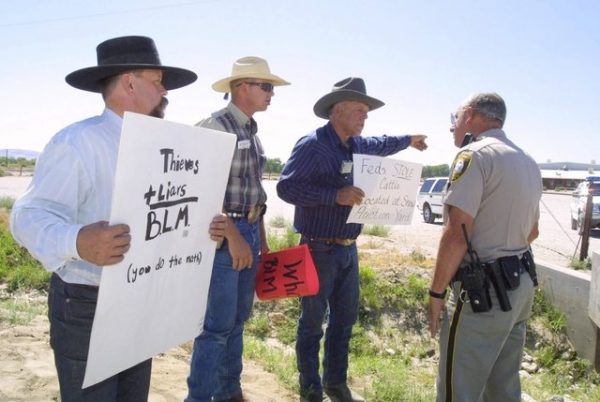