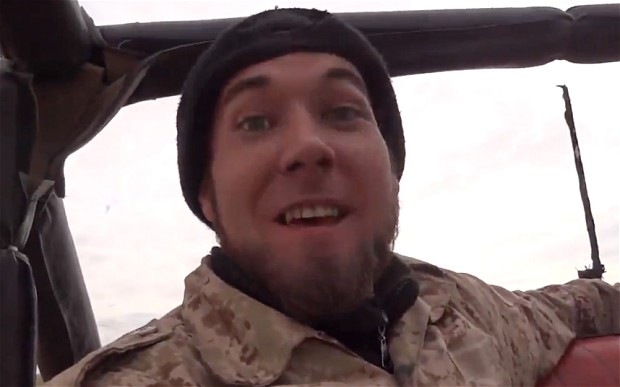 The former U.S. Army Ranger who fought alongside death squads in Syria and who was arrested upon his return, Eric Harroun, has been found dead in his father’s house in Arizona this week.

“With deep sorrow, we regret to inform you of our beloved Eric Harroun’s death. He will be missed by his family, friends, and many people around the world his life has touched,” the family’s statement read.

Although an official cause of death has not been released, Harroun’s sister posted a statement claiming that Harroun died as the result of an accidental overdose.

Harroun was arrested last year by the FBI for his association with known terrorist group and al-Qaeda affiliate Jobhat al-Nusra.

Yet the case eventually saw Harroun a free man with only three years of parole as a penalty since, according to ABC news, the government confused Harroun’s affiliation with al-Nasr with the al-Nusra Front. Thus, ABC News claims that Harroun was affiliated with a death squad organization that was not fighting for jihad with al-Qaeda. Harroun was therefore only convicted of failing to obtain an export license.

Aside from the fact that it is incredibly hard to believe that the FBI simply confused two names of death squad organizations during the process of investigation, arrest, and prosecution, the claim that al Nasr was anything other than a fundamentalist jihad organization that took part in wholesale slaughter is simply a baseless assumption.

Even the New York Times has been forced to admit that the entirety of the Syrian “opposition” is made up of extremists. In April, 2013, for instance, Ben Hubbard wrote that

Across Syria, rebel-held areas are dotted with Islamic courts staffed by lawyers and clerics, and by fighting brigades led by extremists. Even the Supreme Military Council, the umbrella rebel organization whose formation the West had hoped would sideline radical groups, is stocked with commanders who want to infuse Islamic law into a future Syrian government.

Nowhere in rebel-controlled Syria is there a secular fighting force to speak of.

Harroun himself confessed to shooting 10 people, downing a Syrian chopper, and firing a rocket-propelled grenade during his tenure in the country with the death squads. He was also charged with “plotting to use a weapon of mass destruction outside the U.S.”

However, Harroun, while allegedly a convert to Islam, may have served a much different role than that of mere jihadist.

After Harroun’s arrest, it is notable that his father, Darryl Harroun stated “I know he was doing some work for the CIA over there. I know for a fact that he was passing information on to the CIA.”

Even Robert Young Pelton, a writer and “war adventurer” who was friends with Harroun, admits that Harroun had “fed tips to the CIA and FBI for years.”

Still, while Americans are harassed over paying for coffee with cash, attending protests, or even possessing a pair of socks in the vicinity of a protest, Eric Harroun was free to travel across the world, engage in combat against sovereign governments and innocent civilians, re-enter the United States, and even continue to receive disability payments in the process.

As Paul Joseph Watson wrote in March of last year,

Eric Harroun’s presence in Syria serves as yet another reminder that US taxpayer dollars are being used to fund an insurrection led by Al-Qaeda terrorists who openly espouse their hatred for America as they ransack Christian churches, burn US flags, chant anti-American slogans and sing the praises of Osama Bin Laden while glorifying the 9/11 attacks.

Regardless of whether or not Harroun was working for the CIA, he was nevertheless facilitating and supporting their goals and mission in Syria despite his individual level of knowledge regarding those goals.