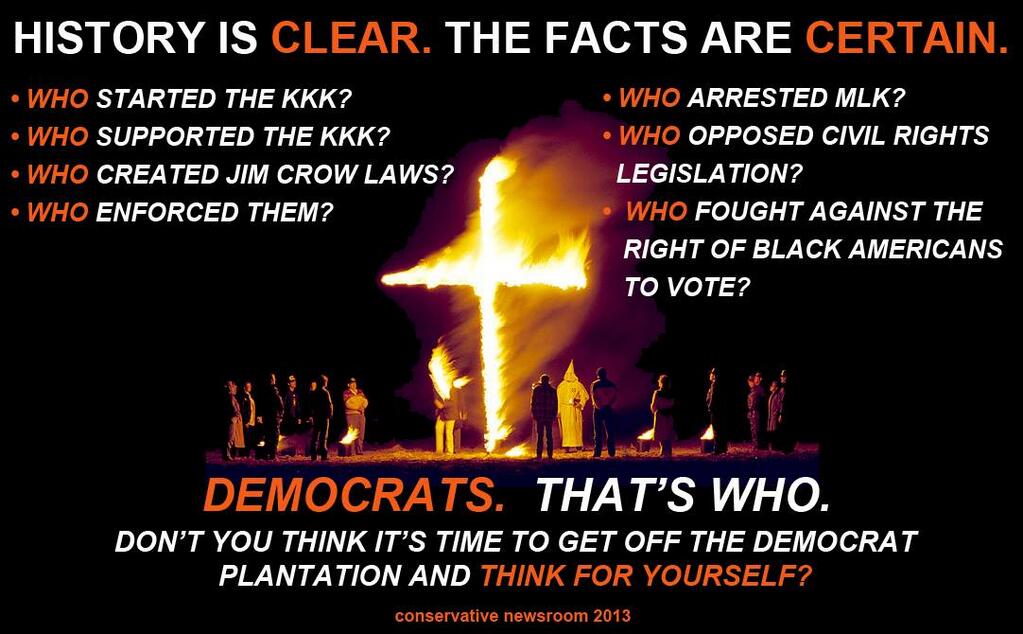 The race baiting coming from Democrats holding official positions in this administration has become disgraceful and disgusting. These so-called “representatives” of the people continue to divide America along racial lines while making sure all races they deem “minorities” end up hating whites. If there is any doubt, one only has to look at the statements issued the last few days by these officials.

First up is none other than Attorney General of the United States, Eric “You don’t want to go there, Buddy” Holder. To an audience on Wednesday afternoon, Holder fired back saying the “criticism of his contempt for Congress was ‘unprecedented, unwarranted, ugly, and divisive adversity’ that no other ‘attorney general has ever had to deal with.'”

That sounds an awful lot like saying, “They treated me this way because I’m Black.” Holder wants America to forget his lawlessness and incompetence. He wants to cover over the facts he has aided and abetted our enemies, refused to cooperate with Congressional investigations, and held such contempt for Congress that resulted in charges. This has certainly been “unprecedented” by any previous US Attorney General. Instead, he wants low information voters to focus on the way he was treated and relate it to his skin color. Holder wants to rely on volatile emotions related to race in order to influence voters. In other words, Holder is pandering to black voters.

Nancy Pelosi came out and openly fanned the fire of race-hate. In an interview with Politico, the House Minority Leader proclaimed that “conservative opposition to amnesty ‘has a scent of Japanese internment.'” That’s a way to say, “All you Asians need to hate white people because they imprisoned you.” Nancy needs to go back to school and learn her history. When the internment of Americans of Japanese descent occurred, the sitting president, Franklin D. Roosevelt, was a Democrat. Granting amnesty to those who broke the law is lawlessness. Not granting amnesty is certainly nowhere near placing innocent American citizens in internment camps – which when done at the time to citizens of Japanese descent was lawlessness, wrongful imprisonment and a violation of due process. This incident of lawlessness against Americans during World War II was perpetrated by Democrats.

Last but not least, their law-breaking, Constitution trashing, illegitimate leader, Barack Hussein Obama Soetoro Bunnell, or whatever his name is, stirred that racial pot before an audience in Texas the same day the two other stooges made their idiotic remarks.

Obama complained to the audience, “‘Our … younger, more unmarried women, more African American and Latino voters … have this congenital disease, which in midterm elections, we don’t vote at the same rate’ as married and white people.'”

Ding, Ding, Ding. We have a winner. In one paragraph, this professional race-baiting Communist, Socialist, Marxist, Muslim community organizer hit 4 demographics in an attempt to sway them to vote Democrat in the midterm elections.

Of course, not to be outdone and in support of the “dear ruler,” Nancy Pelosi commented the very next day, “‘I think race has something to do with the fact that [conservatives] they’re not bringing up an immigration bill.'”

What is really sad is that low information parasitic voters will buy this male cow manure like it was a expensive perfume on sale for pennies on the dollar. To make matters worse, this is what other nations of the world see as representative of America – race-baiting, lying, deceptive, lawless, idiotic, bigoted officials led by an unqualified, incompetent, illegitimate, community organizer who has no clue about leading and representing a country.

To Pelosi, Holder and Obama, I have this to say:

While you three may think you are being slick, many in America see through your attempts to continue to divide Americans along every imaginable demographic. Yes, we are a country made up of different ages, races, religions, creeds and two different genders. However, we are Americans first, regardless of age, gender and religion – devoid of distinction as African, Asian, Latin, Irish, German, Italian, or any other distinction. Your attempts to divide America along every distinguishable line has worked among the low information ignorant parasitic voter, but your attempts will not work on those of us who are wise to your tactics. Despite our differences, we will stand together in support of American values, the US Constitution, just laws, and traditions that have made this country strong. We will defend the same in the light of adversity from the likes of you.

Only bigoted, race-hating individuals stoop to the level that has been seen by you Democrats in and out of office. All of you have proven you hate Americans regardless of race, age, religion, creed or gender. Nothing you have done has supported America or Americans. In fact, you have done the opposite. You long train of abuses and usurpations almost make King George look good as a ruler at this point in time.

As for you Ms. Pelosi, you are white and cannot escape the race hatred toward whites stirred by your “king” and his minions regardless of what you say. You have shown your feeble attempt to save yourself from the hatred directed at whites condoned and supported by your president and his attorney general. Your job, Ms. Pelosi, is to protect and defend the Constitution as you swore when you took your oath of office. You keep company with traitors, and there have been no greater traitors to this country than Obama and Holder. The tide will turn Ms. Pelosi; your words and actions will not be forgotten.

All of you should take a remedial course in history. It was Democrats who instituted the “social programs” that have enslaved a good many Americans. It was Democrats who were against blacks, beginning after the civil war. Lyndon Baines Johnson, a Democrat, pushed for his “Great Society” implementing numerous enslaving programs whereby he said, “I’ll have those niggers voting Democrat from now on.” FDR, a Democrat, had Americans of Japanese descent interned in camps throughout America, denying them due process under the law. A Democrat, Woodrow Wilson, waved away women who led the suffrage movement in an attempt to continue to deny women their voting privilege, which women finally gained in 1920 with the ratification of the 19th Amendment. Democrat progressives enslaved Americans to the Federal Reserve, a private institution responsible for printing money, which is in defiance of the US Constitution. It is the Democratic Party who pushed to subjugate all Americans under the ruse of “health care for all;” again, in violation of the Constitution.

Your party, Obama, Holder and Pelosi, has a long list of bigoted racial hatred along all distinguishable lines. Yet, you cling to the lie that conservatives along with some Republicans are bigoted and haters of all other races, except whites. It is the best example of the psychological use of projection seen in history. In case you are unfamiliar with “projection,” it is placing your own or a group’s ideology or feelings onto another individual or group. As Communist, Socialist, Marxist community organizers, all of you are experts at this psychological technique intended to confuse others, making them question themselves. Some Americans are awake, and more are awakening daily.

Granted, the Republicans are no different from the Democrats, as each party seeks in some way to enslave Americans. Both parties have been successful at stamping out other parties and individuals who would seek to displace you from your seats of power, invade the Ivory Tower you have carefully built for yourself, and truly work toward the betterment of Americans. Americans are tired of being enslaved. We are a free people and will remain a free people regardless of your attempts.

Those who follow you blindly are not excused from their behavior as each person, regardless of what you attempt to peddle, is responsible for their own actions. The excuse “I was just following orders” does not excuse anyone from the ability of free will and choice. None of you is excused and are guilty as charged by many Americans as traitors, deserving of full justice according to the Constitution.