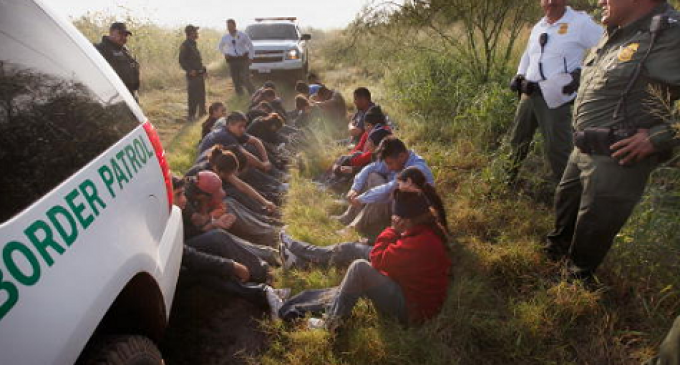 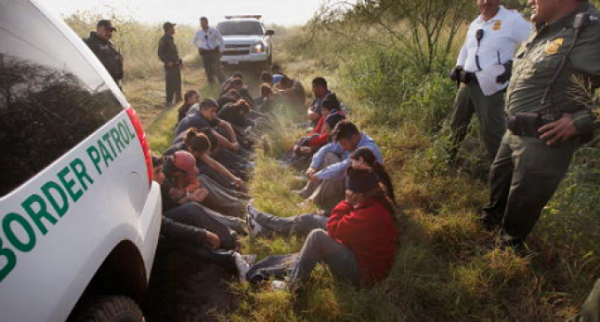 If there is any doubt that our federal government is complicit is supporting criminal illegal immigrants, one only has to look at how the federal agencies are handling these individuals. In an article posted yesterday, sheriff’s offices are now on the front lines of border patrol dealing with illegal immigrants operating drug cartels deep within the interior of the United States, some even partnering with Immigration, Customs and Enforcement. However, the Department of Homeland Security has authorized the release of thousands of criminal illegal aliens the agency captured and charged with committing crimes. Republican House Judiciary Committee members have requested additional information from DHS ICE after the release of a report indicating ICE “charged only 195,000, or 25 percent, out of 722,000 deportable aliens they encountered.”

Lamar Smith (R-TX) requested additional information contained in the CIS report after testimony in late February given by DHS Sec. Jeh Johnson before Congress. Unsurprisingly, the DHS has failed to respond. This was in violation of the DHS’s own policy, issued in the same month, whereby “component heads within DHS” were instructed to respond to congressional inquiries within 10 days.

House Judiciary Chairman Bob Goodlatte, along with Smith and other House Judiciary Republicans, issued a letter to Johnson on Friday requesting DHS provide the information originally requested by Smith to the committee with more detail.

According to the letter, “The Committee is understandably concerned when ICE releases criminal immigrants onto the streets. It is crucial for the Committee to know what crimes the aliens released by ICE were convicted of given that they were released back into our communities.”

The DHS has apparently given the House Judiciary Committee the “official finger.”

The letter to Johnson cited the Congressional Research Service crosscheck of subpoenaed data “to determine if the illegal and criminal immigrants released by ICE had gone on to commit more crimes.”

According to the Committee’s letter to Johnson:

It is obvious to see how “amnesty” for illegal aliens will truly benefit America. Not only have ALL illegal immigrants violated the immigration law, making them criminals, others have repeatedly committed the crimes cited by the CRS. These are just the known crimes. How many of these crimes could have been committed by illegals that have not been arrested, charged and convicted?

Why is breaking immigration law deserving of amnesty when breaking the law by committing murder, theft, rape, child molestation, kidnapping and torture, et. al., is not? It seems that an illegal immigrant that commits a crime, even one of violence, gets a free pass to re-enter our communities when a citizen committing the same crime would be prosecuted to the fullest extent of the law.

All this posturing by Congress is as futile as trying to put a square peg in a round hole. It does nothing. DHS ICE must be made to enforce the immigration laws, period, end of story. If they are getting their instructions from the Deceiver-in-Chief Obama, then Obama is in violation of the Constitution to see the laws are faithfully executed. Failing to see the laws faithfully executed are grounds for impeachment. Johnson, his ilk, and all ICE officers complicit in these activities of allowing illegal immigrants “free passes” should be removed, charged and prosecuted for violating the law. Anyone in Congress supporting this insanity, along with amnesty, should be removed from office.

It is past time these agencies under the umbrella of the executive branch be held accountable for their lawlessness and giving the “official finger” to not only Congress, but the American people as well.

Liberal progressive supporters of amnesty contend that those opposing amnesty are against immigration, period. They use terms as racist, bigot, ethnocentric, and white supremacist in an attempt to silence opposition and detract from the fact lawbreakers will receive no punishment for their transgressions. By allowing illegal immigrants to skate on violating our laws, it sends a message that further violations of the law will be ignored or not enforced.

Maybe, these liberal supporters of amnesty should illegally immigrate to other countries and see how violators are treated. Why should America submit to illegal invasion when other countries would not?