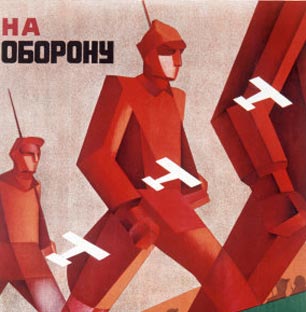 “It’s the sort of adoring journalistic exercise reserved for only the most handsome of the power elite,” The Week‘s Dougherty wrote, referring to the rightfully chided, sycophantic profile of White House Press Secretary Jay Carney’s wife Claire Shipman currently featured at The Washingtonian.

One quick glance over the photos in the article, and something stood out to many readers straight away (besides the fact that the mock press conference pic they staged with their children is actually pretty gag-inducing):

But keen observers may notice the kitchen decor in the photo: Soviet propaganda posters. They really are the perfect pop of color whether you are the dour and sincere Nikita Khrushchev or the cheeky press-wrangler for a president who is constantly accused of being a socialist himself. (source)

That’s right. Check it out: 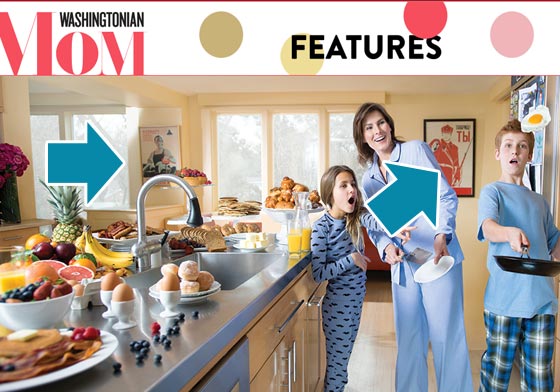 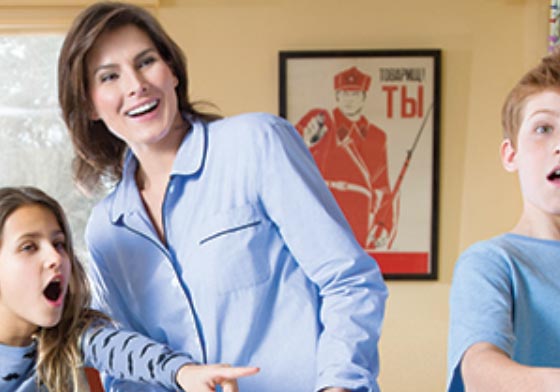 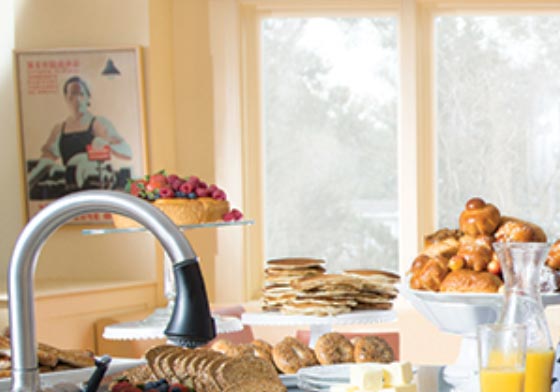 Aside from the perfectly posed kitchen shot that looks straight out of a trendy upscale box store commercial, (complete with a breakfast spread that would feed a small country and what is certainly a Photoshopped egg being flipped), Soviet propaganda posters adorn the Carney kitchen like…that’s…just the normal thing to do.

We are told the one with the soldier is an enlistment poster that literally translates to, “comrade you”. The other poster appears to be a woman in an industrial apron working a factory machine, but it’s hard to see what the words are in the resolution presented.

Update — The second poster has been found ala a commenter below:

The other poster is a female factory worker during World War II that encourages female workers to replace men who’ve gone to fight.

As described by Business Insider:

“The woman in the poster is switching out a tag with a man’s name to one with hers and the text says: ‘Women! Learn production, replace workers who went to the front! The stronger the hinterland – the stronger the front!’” (source)

With as staged as everything else is in every shot of this piece, it’s not likely these posters were put there by accident. Some have argued the posters are Photoshopped in which seems completely unlikely, but let’s play that out. This image is currently up at The Washingtonian, so if they were edited in for whatever reason, it was done on purpose by the outlet and not some prankster after-the-fact.

While they may have been a relic of the days in Moscow where the article mentions that Shipman and Carney first met while she was working for CNN and he was writing for TIME, you would think they might have at least thought twice of putting these propaganda posters on display like this in their photo shoot…ya know…considering Carney is a propaganda mouthpiece for an administration that has consistently been linked to Marxism and Communism and Socialism more times than this writer can even pretend to count, however justified.

Here is just a randomly collected small smattering of the thousands upon thousands of examples:

And What if Obama Is a Marxist?

Ex-Marxist calls out Obama as ‘Communist’

Ben Carson: Obama State of Union a Lesson in Communism?

Obama scoffs at people who call him a ‘socialist’: ‘You gotta meet real socialists’

Again, I just grabbed these sources because they came up first, but you get the idea.

The article did not give Shipman’s opinion on what it’s like to be married to someone who lies for a living.