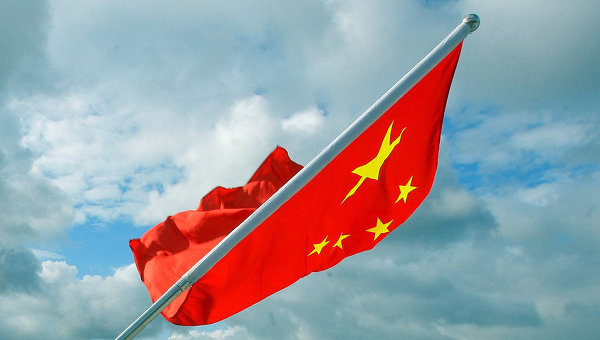 China, allied with Russia, is in the process of taking over the United States, or should I say that our public officials are giving away the country to them. In the following paragraphs, the analysis is limited to Chinese based interests, but the same could be said for the Russians as well.

In my previous article, it was clearly demonstrated that the Chinese are preparing, among other things, to assume control of supplying America’s energy needs at a cost that they deem appropriate. It is a simple business proposition. They own our debt, we have defaulted and they are here to be compensated.

The Giveaway of American Energy to the Chinese

The Bundy affair affirmed the fact that Chinese are being handed control of solar energy inside the United States and that this is being facilitated by Senator Harry Reid. The takeover of American energy is being manifested on many fronts, but in particular, it is being concentrated on the takeover of the solar industry in the new Agenda 21 designation with the so-called “Solar Energy Zones”.

These Solar Energy Zones are appearing in multiple locations in such places as Southwestern Arizona, Barstow, CA. and Victorville, CA., and now I am receiving on the ground reports from Colorado and Utah as well. These designated Solar Energy Zones have very similar variables in common. The following chart indicates that the debt compensation will consist of complete control of the solar industry and will be expanded to other energy sources (e.g. hydroelectric and nuclear power). Again, here is a chart which demonstrates the commonalities shared by these Solar Energy Zones.

Further, the above chart indicates that the Chinese will control a good portion of American transportation. The proximity of Solar Energy Zones to the Canamex Highway Corridor system speaks to this intent. There is also a military aspect of this that should jump out at the reader and this will be discussed in detail in the next part in this series.

If one thinks that the location of these Solar Energy Zones next to a Canamex, or planned Canamex Highway Corridor system is a coincidence, they should take a close look at what is happening at Long Beach, CA.

The control of the American transportation system is no more pronounced than it is in Long Beach, CA. The deep water port at Long Beach is the only of its type on the West Coast. And this country’s government has GIVEN AWAY the Long Beach deep water port to the Chinese. The giveaway of both the military installation and the deep water port goes live next year in 2015. The Chinese were recently on American soil and were invited to participate in the recently completed Grid EX II drill. This is the height of either stupidity or treason. In the last several months, the Chinese have threatened to nuke us over our intentions to invade Syria and Iran, and then we subsequently let them see the vulnerabilities of our power grid by allowing them to participate in the Grid Ex II drill in November of 2013 in which DHS practiced for a simulated takedown of the American power grid by an EMP weapon? Does anyone else think this is insane in that we would give the knowledge of the inner workings of our power grid to the Chinese, our enemy? However, the Chinese presence on American soil for Grid EX II is just a foothold in relation to what is coming.

The Chinese are being shown how to control entire energy grid of the United States. You don’t believe it? Then explain why they had access to highly secure areas, during the Grid Ex II drill, and now know how to bring down the grid with a computer key stroke. Will this become the false flag event that will bring on martial law which will be enforced by foreign assets? At one time, this would have been dismissed as idle speculation, but in today’s political climate it is a real possibility.

I swallowed hard as I write these words, because I know this spells the end of America as we know it because we are about to be living under new management. If you doubt this, then please reread the preceding paragraphs . The Solar Energy Zones are located in proximity to major energy sources for a reason and now it appears clear as to why this is true. However, it is not just the Solar Energy Zones that we have to worry about.

Harry Reid Is Not the Only Traitor

This plot is bigger than the Solar Energy Zones. According to World Net Daily and Joseph Farah, there are a total of 10 named United States Senators now known to be involved with the special trip Harry Reid made to China in 2011 supposedly to invite Chinese investment in the United States. According to Farah, this is a clever scheme to sell off below market value valuable land, mineral, and water rights to communist China so they can set up “large investment zones” within America owned and controlled by communist China corporations which are only accountable to China’s government.

The Farah article also made mention of a series of Chinese incursions into the American energy domain as reported by the Wall Street Journal on March 6, 2012. The state-by-state list of the $17 billion in oil and natural gas equity interests CNOOC and Sinopec have acquired in the United States since 2010.

Mr. Farah is to be congratulated for making this major connection to the Bundy Affair. This information also explains “the why” which underlies these Solar Energy Zones.

This information also matches what researcher Vicky Davis has been saying, but Davis goes one step further than Mr. Farah. Vicky states that at designated Inland Ports, there are massive amounts of Chinese troops operating within these ports. Vicky Davis and Cassandra Anderson will be my guests on the talk show on April 27th to discuss these and other related points. Perhaps the fact that these Solar Energy Zones are located next to a large military installation will begin to get the country’s attention.

The military threat posed by this treason will be explored in the next part in this series.

And if you think this ordeal is over for the Bundy family, please read this communication sent to me last night by Steve Quayle.

Posted on Bundy Ranch
ALERT From Multiple Truckers: Fleet of 50 blacked out vehicle’s 40 miles
south of the Bundy ranch heading that way. ‘Like’ and Share for everyone to
know! #StandwithBundy

This is just getting started!