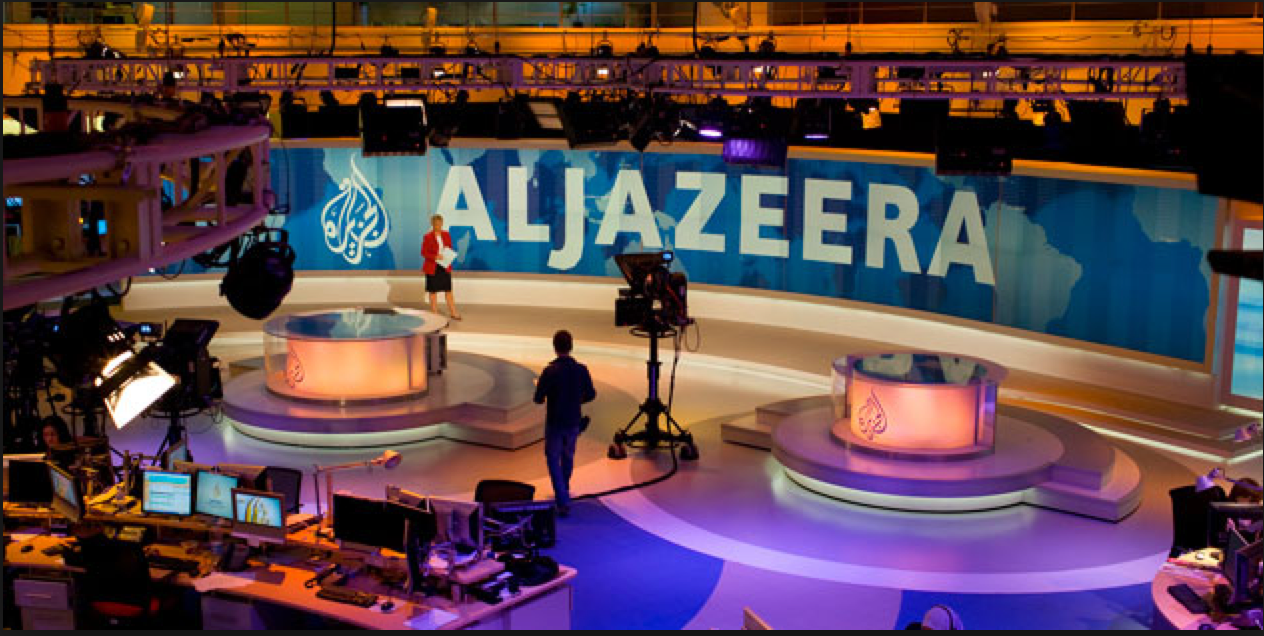 What happened when jihad TV came to America? Nobody watched 🙂

The reptile is scaling back.

Al Jazeera is a terrorist propaganda organization. Their journalists claim that the network’s management made them take a pro-Muslim Brotherhood stance on air. Members of their  jihad  in-house ‘talent’ were caught engaging in terror-related activities.

Al Jazeera has provided material support for jihad terrorism. A number in their employ are members of al-Qaida. Al Jazeera’s correspondent in Afghanistan, who interviewed Osama bin Laden, was sent to prison for being an agent of al-Qaida.

The anti-American channel works hand-in-glove with the Muslim Brotherhood and its associated terrorist groups, including al Qaeda and Hamas.

The terror mouthpiece took a major step in the network’s goal of expanding jihad propaganda by buying Al Gore’s Current TV in the U.S. cable market. Al Jazeera bought a stable of tool-talent like CNN’s Joie Chen & Soledad O’Brien to work/pimp for terror TV Al Jazeera. They spent a fortune on advertising and marketing.

So what’s the latest on the Muslim Brotherhood’s propaganda arm in the US, Al Jazeera?

Their ratings bombed, and now they are downsizing. Substantially. Excelsior!

The cable news network is disbanding its sports unit and scaling back its social media program, “The Stream.”

Al Jazeera America, which launched last August with nearly 850 employees and 12 news bureaus in the United States, has laid off dozens of employees as part of restructuring. The channel is disbanding its sports unit and scaling back its social-media-driven show The Stream from a daily show to a once-a-week program.

“The majority of people affected were freelancers and many of the staff either came from the sports group or from The Stream,” Dawn Bridges, executive vp corporate communications, tells The Hollywood Reporter.

In a note to employees on Friday, the cable news channel’s president, Kate O’Brian, stated that staff reductions were part of a process of restructuring after initial hires were made for the launch.

“In the seven months since launch we have built a channel that it took other networks years to do,” O’Brian wrote. “As you all know, that required extensive effort, planning and resources. We always understood that we would need considerable resources to meet our goals.”

“This will have an immediate impact on some staff, freelancers, independent contractors, and other project-oriented individuals who have been with us for several months,” O’Brian noted.

The Stream, which will now only air once a week, was scheduled at launch to air Monday through Saturday at 7:30 p.m. ET. It was billed as an innovative talk platform that “enables viewers to engage 24-hours-a-day with new content” through social media. The show is currently hosted by Lisa Fletcher and Wajahat Ali, who will both stay on. At least 20 Stream staffers were laid off on Friday, one source told THR.

While there was no dedicated sports program, sports content was circulated through daily news shows. A sports show was in development at one point, but plans for a dedicated show have been scrapped.

The cable news channel, backed by the royal family of Qatar, replaced Current TV on the channel guide when it launched on Aug. 20 of last year. A significant investment, up to $600 million, was made in Al Jazeera America, sources told THR at the time.

In the months leading up to the channel’s launch, AJA boasted numerous high-profile journalist hires — including Soledad O’Brien, Ali Velshi, John Seigenthaler, Joie Chen and Antonio Mora — and pledged to deliver substantive news to differentiate itself from cable news competitors. The channel recently won two Peabody Awards, for documentaries on Haiti and Bangladesh.

As of December 2013, when the channel struck a carriage agreement with Time Warner Cable, Al Jazeera America was available in almost 55 million homes in the United States.

“We have more than 800 staff around the country and I hope you are seeing that we’re continuing to build a strong distribution network. Our relationships with distributors, advertisers, and the media industry as a whole are strong,” O’Brian wrote in the Friday memo.