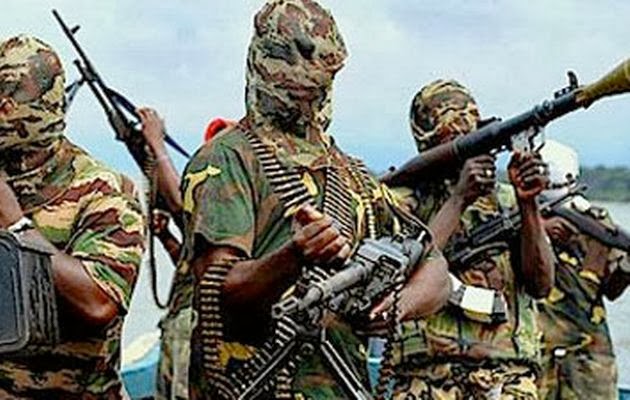 The streets of Nigeria are covered in blood. Boko Haram Islamists have attacked and killed hundreds of people since Wednesday, April 9th. Targeting students and any semblance of Western influence, they viciously gunned down some 200 university students. Many students traveled to the Unified Tertiary Matriculation Examination, UTME, in Borno State. As reported by the National Mirror,”The UTME, conducted by the Joint Admissions and Matriculation Board (JAMB) was held nationwide yesterday.” It was here that Boko Haram Islamists ambushed the innocent students and viciously slaughtered them.

At least 200 students on their way to sit exams have been massacred by the Islamist terrorist group over the weekend Boko Haram reports say. Boko Haram is a group seeking to create an independent Islamic state in north-east Nigeria.

According to Borno area Senator Zannah Ahmed insurgents arrived in two armored personnel cars and seven double cabin pickups. They drove from village to village shooting people and torching buildings. It often takes a time for news of events like this to filter through, as the villages attacked are in isolated rural areas with poor communications.

Boko Haram Islamists have held Nigerians hostage. Massacring students, and anyone at will, they systematically slaughter without prejudice. Boko Haram translates into “Western Education is Forbidden.” Anyone is a target, students, churches, wedding parties. Boko Haram Islamists are the most savage of monsters, gunning and stabbing innocents like ravenous lions. All they leave in their wake is death.

Sources disclosed that the insurgents laid in ambush for the students, who were in eight vehicles and who were on their way to Biu from Maiduguri, to write the exams. It could not be ascertained if all the students in the eight vehicles were killed during the attacks.

Reacting to the incident, the Senator representing Borno Central, Zannah Ahmed, told journalists on Friday that at least 210 people have been killed so far in the attacks that lasted between Thursday night and Friday morning. Ahmed said he smelt a rat as some of the attackers mostly wore military uniforms and spoke English language, contrary to the traditional Hausa and Kanuri languages usually spoken by the insurgents.

Ambushing their targets is the calling card of Boko Haram Islamists. Shooting and torching everything in their way, there is no time way for the individuals being attacked to escape. In February 2014, 59 schoolboys were viciously murdered by Boko Haram assassins, as they slept in their dormitory. Unequivocally, Boko Haram Islamists are responsible for depriving Nigerians of an education. The crisis in Nigeria is easy to overlook, but as reported by the Clarion Institute “Young people, with dreams of an education enabling them to become the future leaders, doctors and professionals of Nigeria, have been slaughtered indiscriminately, cut down by the Islamist terrorist group, Boko Haram.” This is genocide.

Boko Haram is an al-Qaeda affiliate in Nigeria. Even after “blacklisting” 3 leaders in 2012, the Obama Administration failed to label the group a “terrorist organization” until November 2013. But given the Obama Administration’s eagerness to fund Al-Qaeda in Syria, the delay in labeling Boko Haram makes sense. Obama even said in May 2013, “not every collection of thugs that labels themselves al-Qaeda will pose a credible threat to the United States.” Meanwhile the slaughter continues, as Boko Haram continues massacring unabated.

The senator complained, lamenting that the military authorities in Gamboru did not respond to the distress call from the locals of Kala Balge when the insurgents besieged their community.

Ahmed said he had to speak up because the rate at which his people were being massacred on daily basis had become worrisome, saying “what happened in Borno is beyond understanding.

“It is a must for me to speak since the people’s lives are involved and they are my people. All these are happening in my constituency and it will be wrong to keep quiet. I feel so much pained and would not have spoken but definitely my conscience will not let me do that,” he lamented.

Nigeria is in peril, against a force that cannot be stopped. Boko Haram is evil personified, and as they attempt to purge the country from all “Western influences” the world can only watch in horror. This is Islam.