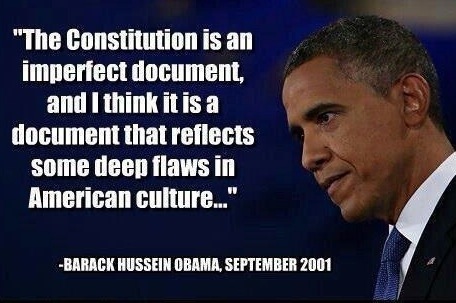 What would it be like to live in a post-Constitutional America? All one needs to do is look at what’s happening in Washington, Nevada and the rest of the country to see that is exactly where we are today. Our Constitution is hanging by a thread. Conservative Republicans refuse to challenge a lawless president and his ilk. Congress tolerates actions from alphabet agency department heads that would have regular citizens arrested and thrown in jail. Scandals abound and the information uncovered suggests individuals occupying high official offices are involved, almost directing the incidents. Treasonous acts by traitors are occurring in every facet of government, local to national, which only serve to eradicate individual God-given rights from the citizenry.

In a two-part interview with Ginni Thomas for The Daily Caller, Brian T. Kennedy, president of the Clairmont Institute, discusses this and more. Both interviews together are 24 minutes long; however, these videos are worth the time to watch as Kennedy has his finger on the pulse of problems with Washington.

Yes, again, this could be considered to be singing to the choir; but, in these two interviews, Kennedy sums up almost precisely the problems plaguing conservative citizens engaged in trying to return our government to one that honors the Constitution. Knowing the issues surrounding the fight to return to a Constitutional government is half the battle.

Kennedy hits the nail on the head with his assessments. Congress is still relevant and the legitimate governing body; the president only functions as Commander-in-Chief during wartime. Is it any wonder that there is always some war for something that America is fighting – the Cold War, poverty, drugs, terror, communism, illiteracy, etc. It allows expanded powers to be transferred to the president, regardless of whether or not troops are needed for combat.

There is, however, another threat that conservatives must contend with and that is a Convention of the States, which has produced controversy among conservatives. As many know, thirty-four states have signed on requesting Congress to call this convention – thirty-four is the magic number needed in order to amend or re-write the US Constitution. At the last convention, attendees, who were there to amend the Articles of Confederation, gave us the Constitution and changed the number of states needed to ratify it from all to three quarters. That is the precedent. Good or bad, this convention has the potential to totally transform America into the post-Constitutional age.

The answer to the current problems we face today are contained in the Constitution and the reasons outlined in the Declaration of Independence. Congress has failed to exercise their power of impeachment of the president, vice-president, court justices and alphabet agency directors and department heads. The frivolous reasons the impotent Congress does not impeach has been indicated as the failure of the Senate to convict, the illusion of the popularity of this imposter president, and the fact this imposter was re-elected to office. Lame reasons they are; but ones that prevent action nonetheless.

Impeachment proceedings should be initiated regardless. The illusion of this imposter president’s popularity has been perpetrated by the lame stream enemedia. If the Senate fails to convict based on sound proof, which abounds in all forms of media, of violations of the Constitution, it would serve to show all Americans the bias corrupt nature of the Senate, who would be complicit in being an accomplice to treason.

America stands on the precipice of a looming canyon. If we are not actively pushing to maintain our Constitution at every level of government, our country will suffer the fate of many that have experienced a “change” in their government. One only has to look at history to know how that has worked out.

Editor’s Note: I had some problems uploading Part 2 of the interview, but it can be found at The Daily Caller. -Dean Garrison