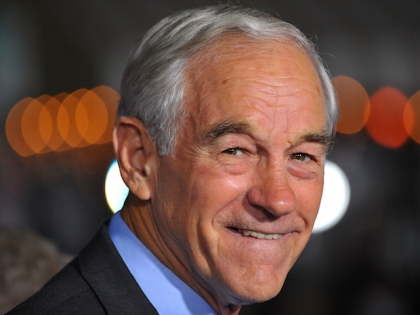 Ron Paul appeared on Fox News with Neil Cavuto last night to warn that the federal government could be planning to launch a Waco-style assault against Nevada cattle rancher Cliven Bundy.

Expressing hope that last week’s events, during which Bundy supporters faced down armed BLM agents and forced them to release Bundy’s cattle, represented a new benchmark for Americans standing up against federal government intrusion, the former Congressman suggested that it would be naive to think that the feds have thrown in the towel.

“They may come back with a lot more force like they did at Waco with the Davidians,” said Paul, adding that he hoped the situation remained non-violent.

Host Neil Cavuto remarked that the potential for violence across the United States was on a “very slight trigger,” to which Paul responded, “That’s the great fear….especially if the financial crisis gets much worse which I anticipate.”

Harry Reid told KRNV-TV in Reno yesterday, “It’s not over. We can’t have an American people that violate the law and then just walk away from it. So it’s not over.”

Concerns that the feds may be gearing up for a massive show of force directed against Bundy and his family were also shared by former sheriff of Graham County, Ariz. Richard Mack.

Mack told radio host Ben Swann that Saturday’s stand down was a “ploy” to disperse the thousands of Bundy supporters who had gathered as part of a long-term plan to isolate and target the Bundy family.

During his appearance on Fox News, Paul made the wider point that the Bundy dispute would not have escalated if the issue of land ownership was made clearer, noting that in Texas for example there is no “public ownership,” whereas in states like Nevada “everybody owns it yet nobody owns it.”

“They had virtual ownership of that land because they had been using it….but it’s not clean enough, I think land should be in the states and I think the states should sell it to the people, it’s worked out quite well in big states,” said Paul, adding that publicly owned land only causes problems and wrangling between government, environmentalists, energy companies and ranchers.

“You need the government out of it and I think that’s the important point, if you don’t look at that you can expect more of these problems, especially when our economy gets into more trouble,” said Paul, adding that violence could be directed towards the feds when in reality the real problem is bad ideas and bad politics that need to be changed.