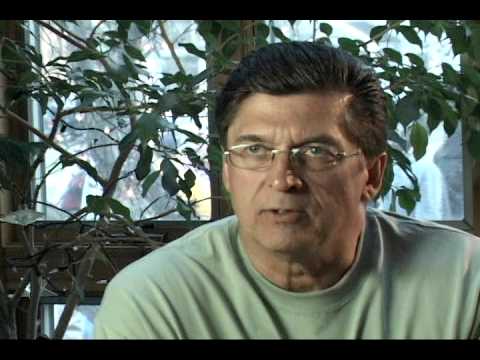 Sheriff Richard Mack verified what most of us already suspected in an interview with Ben Swann on Monday.

Bunkerville, NEVADA, April 14, 2014– As reported yesterday, hundreds of federal agents are still at the Bundy Ranch and the area continues its status as a no-fly zone. Despite major media reports that the Nevada Bureau of Land Management is retreating, the remaining activity that still surrounds the ranch illustrates a different scenario.

Not only is the BLM not actually backing off of Cliven Bundy, Sheriff Richard Mack of the Constitutional Sheriffs and Peace Officers Association has revealed stunning information: on Ben Swann’s radio program, Mack said that he has received intelligence from multiple, credible sources inside the BLM and the Las Vegas Metro that there is “no question” that the federal government is planning a raid on the Bundy home and the homes of their children who live on the property.

According to Mack, the so-called retreat was nothing more than theatrics. “It was a ploy to get people to back off, to get people out of the way. They weren’t expecting us to get this amount of people here. They were surprised by the numbers and so they wanted a way to get us out of here. This was a ploy to get us out of here and then they’re going after the Bundys.”  Mack said that when he was at the Bundy ranch on Saturday there were an estimated 600 to 800 protesters present when federal agents were releasing the cattle.

Most of us suspected this was coming. On Saturday I was admittedly giddy for a few hours and very emotional. But after I had some time to process what happened, reality began to set in. The fact is that our government will not back down. This is far from over.

Despite being at the center of controversy, Harry Reid took the time to chime in yesterday:

“Well, it’s not over,” Reid said. “We can’t have an American people that violate the law and then just walk away from it. So it’s not over.”

Is this not the most blatant statement of hypocrisy you have heard in some time? Selling us out to the Chinese could easily be construed as treason. The last time I checked, treason was still a violation of the law as well.

Martin Luther King, Jr. once said, “Never forget that everything Hitler did in Germany was legal.”

That is not a completely accurate statement but it is true enough to serve a point. Was our government acting within the law in its dealings with Cliven Bundy? Many will point out that it was, but those people are not looking at the whole picture, in my opinion.

Most people don’t seem to know the whole story. This is a story of the government swooping in and effectively mis-“managing” over 50 family ranches out of business. Cliven Bundy is simply the last man standing and he refuses to accept the same fate. If you don’t know the story I would suggest that you do some further research here. If you have a full background you may begin to see the “legal” confiscation of cattle as blatant theft of private property. They put Mr. Bundy in a no-win situation for many years, but somehow Cliven Bundy survived.

The tyranny that exists in this situation violates the ordained spirit of the Constitution. This is the same type of tyranny that caused our forefathers to fight and die for the creation of this country. It can not go unchallenged.

There is a law in this land that supersedes the Constitution, though some will deny it. God’s law always trumps the Constitution. Just because an action is arguably legal, it does not mean that an action is just. Governments can pervert laws, based on subjective interpretation. When this happens it is the duty of a moral people to refuse to comply with laws that go against the will of our Creator. Remember what John Adams said:

Our Constitution was made only for a moral and religious people. It is wholly inadequate to the government of any other.

You can deny it until you are blue in the face, but I believe that there is still a higher authority in this world and I am not alone in that belief. This country was founded on Godly principles and a violation of those principles IS a direct violation of the Constitution.

Please take what is happening in Nevada seriously. The government is obviously waiting for the perceived proper time to re-escalate this situation. We must use that to our advantage and prepare. Water, non-perishable foods, guns and ammo are crucial.

Without a crystal ball, none of us can possibly know how far this will escalate. But my gut feeling is that this will not be contained to the State of Nevada.

I feel that this is the start of the next American Revolution. I am in no way 100% certain of that but to deny the possibility, or probability, is to not be prepared. I refuse to not be as ready as I can possibly be.