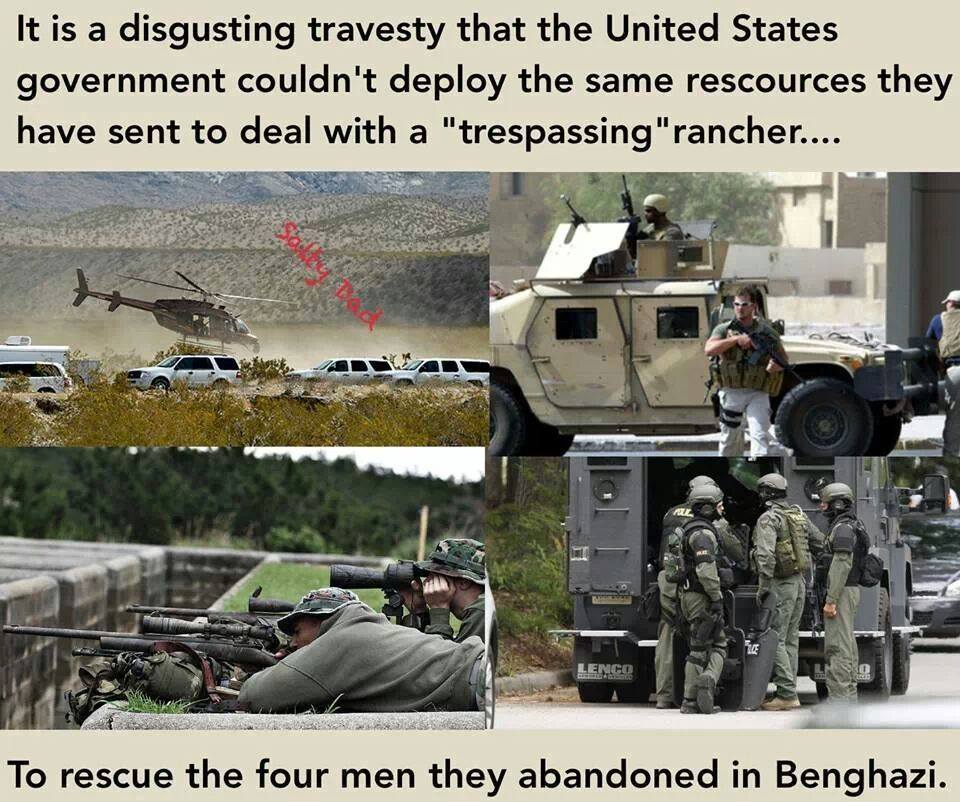 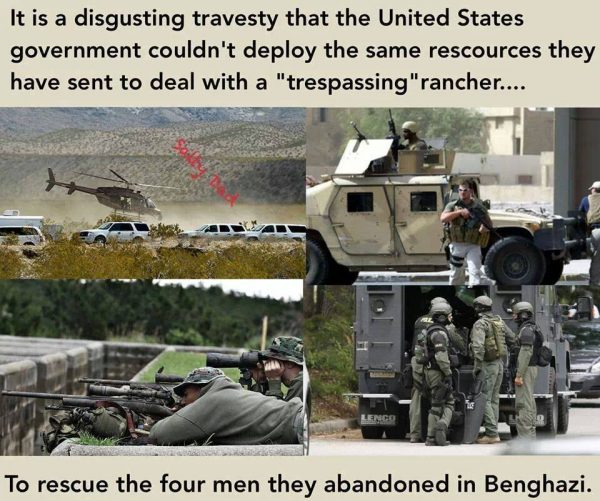 “When I use a word,” Humpty Dumpty said in a rather scornful tone, “it means just what I choose it to mean – neither more nor less.”

“The question is,” said Alice (remember Alice in Wonderland), “whether you can make words mean different things.”

“The question is,” said Humpty Dumpty, “who is to be master – that is all.”

Perhaps the irrational situations that Alice encounters in wonderland, after having passed “through the looking glass” can give us some insight into the illegal, unconstitutional, immoral and, indeed, irrational things that the government is doing right now in Bunkerville, Nevada.

In case you haven’t heard about it, here is the basic synopsis:

Cliven Bundy is a cattle rancher whose family has lived near Bunkerville for the last 140 years. The Bundy family’s cattle have always grazed on what had always been state-owned public land. In 1993, the Federal Government discovered that Bundy’s grazing area was also home to the endangered Desert Tortoise. As a result, the Bureau of Land Management (BLM) swooped in and took control of the land. In order to dissuade farmers and ranchers from using the land and threatening the tortoise population, the BLM instituted a policy where ranchers would be forced to pay a grazing fee before using the land.

For Cliven Bundy, this was an unacceptable affront to his livelihood. His family has lived off this land for over a century, long before the unconstitutional creation of the BLM, and the idea that he would now have to pay a tax to protect a turtle seemed to him to be absurd and, well…irrational.

So, Bundy refused to pay the tax. He allowed his cattle to graze on the land and didn’t pay the federal government. He figured “why should I”? It’s not their land.

The land is state-owned public land, yet the federal government demands a cut because of an endangered turtle. After twenty years of expensive court battles, the Bureau of Land Management has finally swooped in and began confiscating Bundy’s cattle at gunpoint because they claim he must pay the $1.1 Million that he owes in back “grazing fees” for using public land!

The federal government is seizing a rancher’s cattle because he didn’t pay a $1.1 Million “grazing fee” that was, ostensibly, set up to protect a turtle!

More and more, we see government militarized agencies and bureaus using any pretended legislation, regulation, and technicality to come after individual citizens with the full weight of the federal government!

Now, do you really believe that this is about a turtle?

Is it about the government’s desperate need for 1.1 Million?

Or is it about something else?

Maybe, at the heart of this example of out of control, thuggish, tyrannical government, it’s the question of “who is to be master – that is all.”

Did you know that we have a remarkable number of militarized, non-law enforcement agencies in government?

Agencies like the Department of Education, the National Oceanic and Atmospheric Administration, the IRS, and even the Bureau of Land Management have been arming themselves to the teeth for years.

The Obama administration wouldn’t even send in one soldier to protect our ambassador in Benghazi, but it has sent in over 200 agents, including snipers, to harass and intimidate a rancher in Nevada!

Supposedly, this was to protect a turtle. Humpty Dumpty, please call your office.