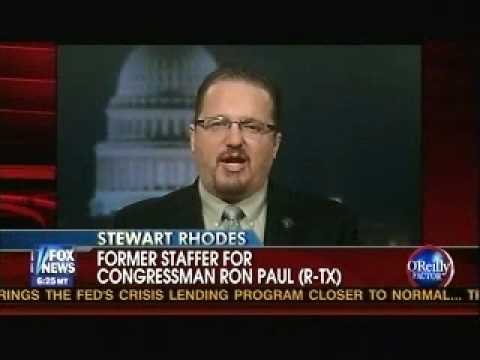 Stewart Rhodes, former Ron Paul staffer and founder of Oath Keepers, has a message for the membership of Oath Keepers and all American Patriots who will rise to the challenge. Jim White reported Wednesday:

Oath Keepers founder, Stewart Rhodes, contacted me late Tuesday evening with a message for ALL Oath Keepers. Stewart, along with a contingent of patriots from as far away as New Hampshire, are still standing vigil over the Bundy family ranch in Bunkerville, Nevada. Scores of patriots have already made the trip, including legislators from neighboring western states, but more are needed to relieve those already in place.

America needs to understand that the people standing watch over the Bundy Ranch have jobs and families. We can not expect them to hold out forever. We need to each do as much as we possibly can. You do not have to be an Oath Keeper to help out. But, in an interview with Northwest Liberty News, Stewart Rhodes is calling upon those who have taken the oath to put up or shut up (my words not his).

In the interview Rhodes boldly states, “This might go down in history as the first engagement of the modern American Revolution.”

Please understand that the feds are playing a waiting game. The are not done with the Bundy family. They are banking on the supporters to eventually thin down and leave. Sheriff Richard Mack stated earlier this week that his sources, within the BLM and Vegas Metro, are making it clear that there will be a raid on the Bundy Ranch.

When will that happen?

No one knows for sure, if or when it might happen, but a logical guess would be that it would happen when activity dies down. It is our patriotic challenge to make sure that does not happen any time soon.

Our strength is in our numbers IF we can pull together. If we become a united front then neither the Bureau of Land management nor any other government agency can challenge our numbers. In order to keep the peace we need numbers. If things escalate we will need numbers as well.

If you can not go to Nevada then you need to find ways to be of assistance in other ways. Every person counts. Spread the word, and by no means should you feel unwelcome if you are not an “official” Oath Keeper. The Bundy Ranch is hosting a party tomorrow and all have been invited to attend. Bring your own food and go hang out with some Patriots.

For those of you who will answer the call, bring whatever you will need to stay after the party and get involved.