“His message to the United States,” Cruickshank said, “was very much the same as (former al Qaeda leader Osama) bin Laden’s: ‘We’re coming after you.’

But President Obama says that al Qaeda is on the run. It seems as if no one told al Qaeda. Obama needs to better communicate with his non-existent AQ pals in Syria.

“The U.S. intelligence community should be surprised that such a large group of al Qaeda assembled together, including the leadership, and somehow they didn’t notice,” said Peter Bergen, CNN national security analyst.

Notice what? Obama says, al Qaeda is on the run! Maybe the CIA and the FBI should start checking youtube for their intel. *SMH*

Washington (CNN) — A new video shows what looks like the largest and most dangerous gathering of al Qaeda in years. And the CIA and the Pentagon either didn’t know about it or couldn’t get a drone there in time to strike.

U.S. officials won’t comment on that, but every frame of the video is now being analyzed by the United States.

In the middle of the clip, the man known as al Qaeda’s crown prince, Nasir al-Wuhayshi, appears brazenly out in the open, greeting followers in Yemen. Al-Wuhayshi, the No. 2 leader of al Qaeda globally and the head of al Qaeda in the Arabian Peninsula, has said he wants to attack the United States. But in the video, he looks unconcerned that he could be hit by an American drone.

”This is quite an extraordinary video,” Paul Cruickshank, CNN terrorism analyst, said. 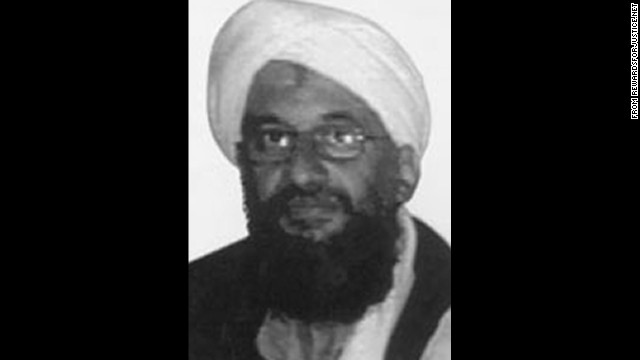 The video shows al-Wuhayshi addressing more than 100 fighters somewhere within Yemen, Cruickshank said, a restive nation on the southwestern portion of the Arabian Peninsula. The al Qaeda leader, he said, is “taking a big risk in doing this.”

But he doesn’t mince words about his mission.

In a speech to the group, al-Wuhayshi makes it clear that he’s going after the United States, saying “We must eliminate the cross. … The bearer of the cross is America!”

U.S. officials believe the highly produced video is recent. With some fighters faces blurred, there is worry it signals a new round of plotting.

“The U.S. intelligence community should be surprised that such a large group of al Qaeda assembled together, including the leadership, and somehow they didn’t notice,” said Peter Bergen, CNN national security analyst.

There is good reason to worry.

Al Qaeda in the Arabian Peninsula, also known as AQAP, is considered the most dangerous al Qaeda affiliate. The CIA and the Pentagon have repeatedly killed AQAP leaders with drone strikes. But the group is now emboldened.

“The main problem about this group is that it has a bomb maker who can put bombs on to planes that can’t be detected,” Bergen said.

That bomb maker, Ibrahim al-Asiri, is believed to be responsible for several attack attempts against the United States, including the failed 2009 Christmas Day underwear bomber attack in Detroit.

Al-Asiri doesn’t appear in the video. He remains in hiding, and intelligence experts say he and other AQAP leaders have gone back to using couriers to communicate to avoid detection. That makes it even harder to figure out what al-Wuhayshi may order next.

But the terror group leader’s goal is clear, Cruickshank said.

“His message to the United States,” Cruickshank said, “was very much the same as (former al Qaeda leader Osama) bin Laden’s: ‘We’re coming after you.’ “

U.S. Rep. Mike Rogers, chairman of the House Intelligence Committee, told “The Situation Room with Wolf Blitzer” that leaks tied to Yemen have affected U.S. intelligence collection, but he said he couldn’t say whether U.S. intelligence knew about the meeting.

Asked by Blitzer whether the United States would have sent a drone if officials had known such a large meeting of terrorists was taking place out in the open, the Michigan Republican said it’s unclear.

“It really depends,” he said. “There are a lot of procedures that one would go through … to do an airstrike on any large package of individuals.”

Seeing such a group of al Qaeda operatives assembled isn’t a surprise, he said.

”I think they have these meetings more often than people realize,” Rogers said. “It’s difficult to get assets in position. You have to know where they are and where they meet at the right time in the right place with the right equipment. That’s a lot to do.”

The video, Rogers says, is another sign that al Qaeda remains a dangerous threat.

“We think that they’re feeling empowered. The less pressure you put on them, the more they take that as a victory, the more that they believe that they can get away with plotting, planning, organizing as you saw there (in the video), finance, training,” he said.

“All of the things that they would need to do to strike a Western target, they’re going through that process.”

“Sooner or later, if they continue to get better, stronger and more organized,” he said, “they will be a direct threat to the United States.”