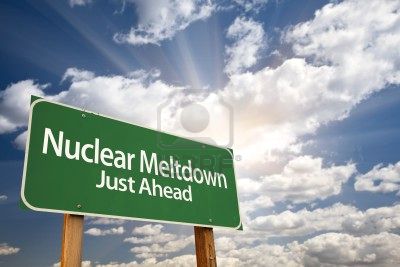 Dave, just wanted to let you know that F/’E/’M/’A is touring our Nuc Plant this morning… We are scheduled to have 18 people from this organization touring the plant this morning. Just thought it was interesting, and thought you might want to know.

Given what I know about the strange events surrounding last year’s Grid Ex II drill and the apparent Chinese takeover of our solar energy, plus the fact that a Chinese solar energy zone is located near the Palo Verde Nuclear Power Plant, I am a little more than suspicious about the motive behind the FEMA inspection of the plant. Is something big happening? Is this the next false flag?

Subsequently, I decided to examine the likelihood of a monumental nuclear catastrophe in this country due to a take down of the power grid. All discussions about a catastrophic failure of any nuclear facility must begin with a cursory analysis of what we have learned about the Fukushima event. Does anyone else smell the presence of the Chinese through all of this given what we know about Chinese Solar Energy Zones in the United States and their proximity to several nuclear power plants?

Fukushima is often spoken of by many, as a possible extinction level event because of the radiation threat. Fukushima continues to wreak havoc upon the world and in the United States as we are being bathed in deadly radiation from this event. Because of Fukushima, fish are becoming inedible and the ocean currents as well as the prevailing ocean winds are carrying deadly radiation. Undoubtedly, by this time, the radioactivity has made its way into the transpiration cycle which means that crops are being doused with deadly radiation. The radiation has undoubtedly made its way into the water table in many areas and impacts every aspect of the food supply. The health costs to human beings is incalculable. However, this article is not about the devastation at Fukushima, instead, this article focuses on the fact that North America could have a total of 124 Fukushima events if the necessary conditions were present.

Long before Fukushima, American regulators knew that a power failure lasting for days involving the power grid connected to a nuclear plant, regardless of the cause, would most likely lead to a dangerous radioactive leak in at least several nuclear power plants. A complete loss of electrical power poses a major problem for nuclear power plants because the reactor core must be kept cool as well as the back-up cooling systems, all of which require massive amounts of power to work. Heretofore, all the NERC drills which test the readiness of a nuclear power plant are predicated on the notion that a blackout will only last 24 hours or less. Amazingly, this is the sum total of a NERC litmus test.   Although we have the technology needed to harden and protect our grid from an EMP event, whether natural or man-made, we have failed to do so. The cost for protecting the entire grid is placed at about the cost for one B-1 Stealth Bomber. Yet, as a nation, we have done nothing. This is inexplicable and inexcusable.

Our collective inaction against protecting the grid prompted Congressman Franks to write a scathing letter to the top officials of NERC. However, the good Congressman failed to mention the most important aspect of this problem. The problem is entirely fixable and NERC and the US government are leaving the American people and its infrastructure totally unprotected from a total meltdown of nuclear power plants as a result of a prolonged power failure.

According to Judy Haar, a recognized expert in nuclear plant failure analyses, when a nuclear power plant loses access to off-grid electricity, the event is referred to as a “station blackout”. Haar states that all 104 US nuclear power plants are built to withstand electrical outages without experiencing any core damage, through the activation of an automatic start up of emergency generators powered by diesel. Further, when emergency power kicks in, an automatic shutdown of the nuclear power plant commences. The dangerous control rods are dropped into the core, while water is pumped by the diesel power generators into the reactor to reduce the heat and thus, prevent a meltdown. Here is the catch in this process, the spent fuel rods are encased in both a primary and secondary containment structure which is designed to withstand a core meltdown. However, should the pumps stop because either the generators fail or diesel fuel is not available, the fuel rods are subsequently uncovered and a Fukushima type of core meltdown commences immediately. At this point, I took Judy Haar’s comments to a source of mine at the Palo Verde Nuclear power plant. My source informed me that as per NERC policy, nuclear power plants are required to have enough diesel fuel to run for a period of seven days. Some plants have thirty days of diesel. This is the good news, but it is all downhill from here.

A long-term loss of outside electrical power will most certainly interrupt the circulation of cooling water to the pools. Another one of my Palo Verde nuclear power plant sources informed me that there is no long term solution to a power blackout and that all bets are off if the blackout is due to an EMP attack. A more detailed analysis reveals that the spent fuel pools carry depleted fuel for the reactor. Normally, this spent fuel has had time to considerably decay and therefore, reducing radioactivity and heat. However, the newer discharged fuel still produces heat and needs cooling. Housed in high density storage racks, contained in buildings that vent directly into the atmosphere, radiation containment is not accounted for with regard to the spent fuel racks. In other words, there is no capture mechanism. In this scenario, accompanied by a lengthy electrical outage, and with the emergency power waning due to either generator failure or a lack of diesel needed to power the generators, the plant could lose the ability to provide cooling. The water will subsequently heat up, boil away and uncover the spent fuel rods which required being covered in at least 25 feet of water to remain benign from any deleterious effects. Ultimately, this would lead to fires as well and the release of radioactivity into the atmosphere. This would be the beginning of another Fukushima event right here on American soil. Both my source and Haar shared exactly the same scenario about how a meltdown would occur. Subsequently, I spoke with Roger Landry who worked for Raytheon in various Department of Defense projects for 28 years, many of them in this arena and Roger also confirmed this information and that the above information is well known in the industry. When I examine Congressman Franks letter to NERC and I read between the lines, it is clear that Franks knows of this risk as well, he just stops short of specifically mentioning it in his letter.

Placing Odds On a Failure Is a Fools Errand

An analysis of individual plant risks released in 2003 by the Nuclear Regulatory Commission shows that for 39 of the 104 nuclear reactors, the risk of core damage from a blackout was greater than 1 in 100,000. At 45 other plants the risk is greater than 1 in 1 million, the threshold NRC is using to determine which severe accidents should be evaluated in its latest analysis. According to the Nuclear Regulatory Commission, the Beaver Valley Power Station, Unit 1, in Pennsylvania has the greatest risk of experiencing a core meltdown, 6.5 in 100,000, according to the analysis. These odds don’t sound like much until you consider that we have 124 nuclear power generating plants in the US and Canada and when we consider each individual facility, the odds of failure climb. How many meltdowns would it take in this country before our citizens would be condemned to the hellish nightmare, or worse, being experienced by the Japanese?

The Question That’s Not Being Asked

CAN YOU EVEN IMAGINE 124 FUKUSHIMA EVENTS IN NORTH AMERICA HAPPENING AT THE SAME TIME? THIS WOULD CONSTITUTE THE ULTIMATE DEPOPULATION EVENT.

…And There Is More…

The ramifications raised in the previous paragraphs are significant. What if the blackout lasts longer than 24 hours? What if the reason for the blackout is an EMP burst caused by a high altitude nuclear blast and transportation comes to a standstill? In this instance, the cavalry is not coming. Adding fuel to the fire lies in the fact that the power transformers presently take at least one year to replace. Today, there is a three year backlog on ordering because so many have been ordered by China. This makes one wonder what the Chinese are preparing for with these multiple orders for both transformers and generators. In short, our unpreparedness is a prescription for disaster. As a byproduct of my investigation, I have discovered that most, if not all, of the nuclear power plants are on known earthquake fault lines. All of California’s nuclear power plants are located on an earthquake fault line. Can anyone tell me why would anyone in their right mind build a nuclear power plant on a fault line? To see the depth of this threat you can visit an interactive, overlay map at this site.

I have studied this issue for almost nine months and this is the most elusive topic that I have ever investigated. The more facts I gather about the threat of a mass nuclear meltdown in this country, the more questions I realize that are going unanswered. With regard to the nuclear power industry we have the proverbial tiger by the tail. Last August, Big Sis stated that it is not matter of if we have a mass power grid take down, but it is a matter of when. I would echo her concerns and apply the “not if, but when” admonition to the possibility of a mass meltdown in this country. It is only a matter of time until this scenario for disaster comes to fruition. Our collective negligence and high level of extreme depraved indifference on the part of NERC is criminal because this is indeed an Extinction Level Event. At the end of the day, can anyone tell me why would any country be so negligent as to not provide its nuclear plants a fool proof method to cool the secondary processes of its nuclear materials at all of its plants? Why would ANY nuclear power plant be built on an earthquake fault line? Why are we even using nuclear energy under these circumstances? And why are we allowing the Chinese to park right next door to so many nuclear power plants?