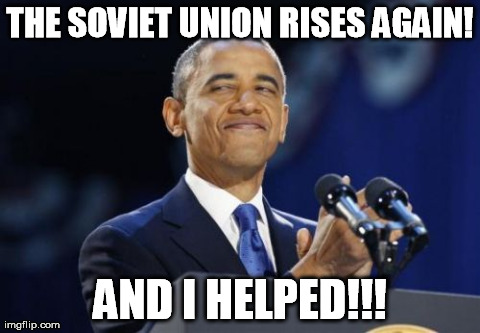 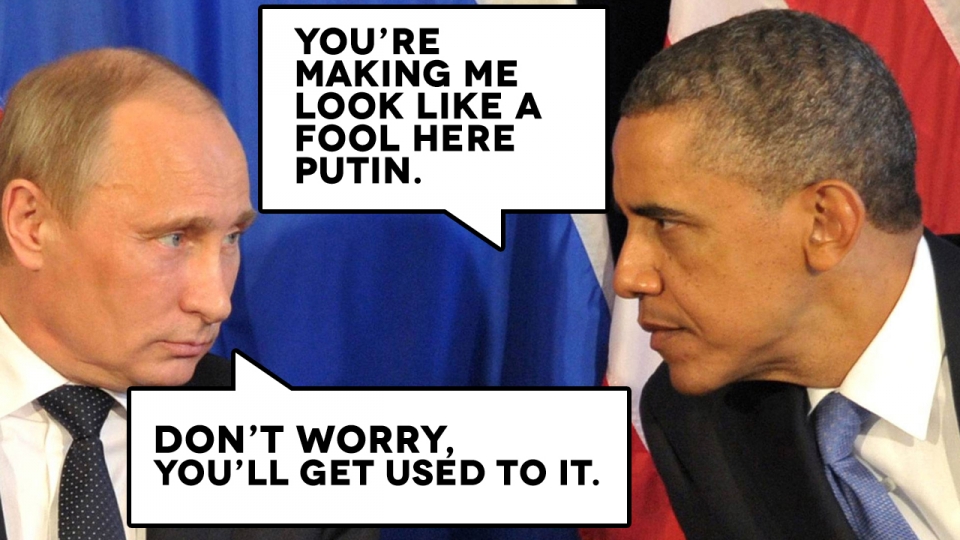 Even though an agreement has been reached in Geneva regarding a de-escalation of the Ukraine crisis, Obama is once again messing things up by attempting to speak without a script.

As well as the “I’ll believe it when I see it” comment broadcast by the BBC, he has all but called out Putin with his comments of the superior military might of the USA.

”Not only have Russians gone into Crimea and annexed it in illegal fashion … but what they have also done is supported, at minimum, non-state militias in southern and eastern Ukraine…They are not interested in any kind of military confrontation with us, understanding that our conventional forces are significantly superior to the Russians.” (source)

Making comments such as these is more likely to convince the Russians that NATO, and the West in general, is trying to undermine efforts to defuse the situation in Ukraine, if indeed that is what they are trying to do.

It’s impossible to know if Putin is on the level and that he has no intention of invading Ukraine, he has the troops and the might to do so. He also has a gas supply that he can use to bargain with Europe. The weather is okay right now, but as the year moves on and Europeans start dealing with the cold, the situation will be very different. Russia is a major trading partner for Europe and sanctions that hit Russia will ultimately hit the economy of the Eurozone.

Once these things start to happen, Obama may find himself more and more isolated, and his verbal diarrhea, often the equivalent of pouring flammable liquid on an already burning fire, may just come back to haunt him.

Any “conventional” war with Russia would be a major step towards a nuclear confrontation between the two powers, and, as usual, it is the people of both countries that will suffer. Putin and Obama will be fine, holed up in their bunkers, talking the talk with their fingers poised over a big red button.