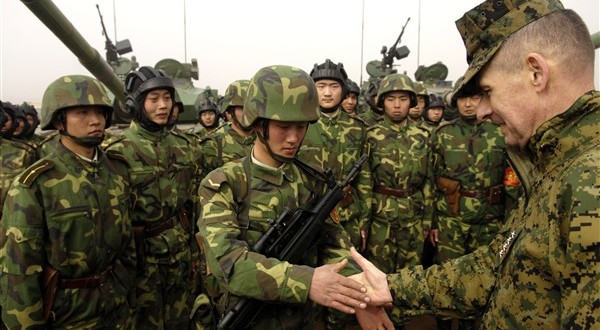 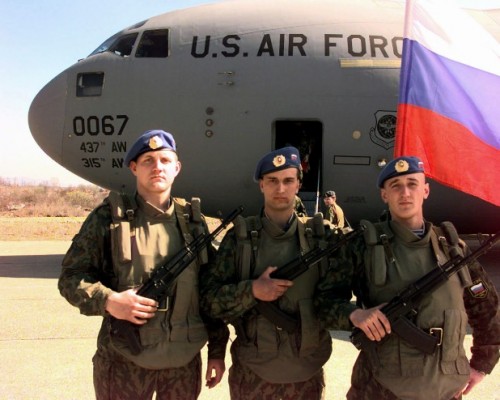 Since the advent of the Bundy Affair and the subsequent standoff against the BLM and their heavy handed tactics associated with the theft of Cliven Bundy’s private possessions and property, I have been warning about the Communist Chinese role in this event and their intention to control all solar energy in newly designated Solar Energy Zones. These Solar Energy Zones are being financed by the American taxpayer under the auspices of Senator Harry Reid and his sons. These zones are also located next to major energy sources (e.g. Hoover Dam, Palo Verde Nuclear Power Plant). This is treason because we have allowed the Chinese to the inner most secrets of our power grid (e.g. Chinese participation in the Grid Ex II drills on November 13-14, 2013). And why would ever permit the construction of Chinese controlled Solar Energy Zones next to other major energy suppliers as well being adjacent to our international trade corridor routes (i.e. the Canamex Highway system) and in near proximity to major military installations? Doesn’t this make anyone nervous?

The treason does not stop with the Chinese Solar Energy Zones within the United States. I have long reported the existence of the Russian military on American soil.

Despite the fact that the Russians occupy Crimea and are threatening to overrun at minimum, Ukraine, and at maximum, most of Eastern Europe. Obama is standing down at a time when Putin is stepping up. Don’t forget, that Putin threatened to nuke the United States if we invaded Syria and Iran.

Obama Purges the American Military in Preparation for Gun Confiscation

It is a well known fact that Obama is purging the military and firing senior command officers who do not believe in the Sovietization of the American military. When one looks at the evidence, this is a move that will culminate in the disarming of Americans and the marginalization and control of Evangelical Christians.

Obama Is Disarming NATO in Advance of the Coming Russian Attack According to Stars and Stripes, on March 18, 2014, nearly two dozen M-1 Abrams tanks were loaded onto a train headed for the docks in Bremerhaven, Germany. The tanks were subsequently shipped to South Carolina.  Two German-based U.S. Army brigades were just inactivated, as another, the 172nd Separate Infantry Brigade at Grafenwöhr is currently being disbanded. The door is opening for a Putin invasion of Europe.

Obama is planning to suspend the Posse Comitatus Act and deploy these tanks, along with the 2,700 armored vehicles already purchased by the Department of Homeland Security on U.S. soil when he finally declares martial law.

Missing Russian Soldier in Detroit Leads to a Multi-Agency Manhunt

A mystery recently took place in Detroit that has the feel of a potential false-flag event unfolding as someone who claimed to be a Russian soldier, talking in a heavy Russian accent and claiming to be a Lieutenant in the Russian Army. The Russian soldier disappeared after calling police on a satellite telephone to say that he’d been kidnapped and had been stabbed and was losing a lot of blood.  The video showed that both the Border Partol and Detroit police were conducting a search for a Russian soldier ‘missing’ in America?

One of the more disturbing aspects of the news report centered around the fact that the location of the Russian was traced to the proximity of a major power plant. What is it with the Russians and the Chinese that so many of their domestic activities center around American energy? Former Green Beret, John Moore, says that a dozen Russian commandos could disable all utilities to a major city.

Reports from Tennessee and Kentucky

Then there is Sherrie Wilcox of Knoxville,TN. Sherrie has seen and photographed DHS armored vehicles back in March with Russian soldiers manning the vehicles in eastern Tennessee and Western Kentucky. The following video details how Russians are training in DHS vehicles.

I have reports from hundreds of citizens from around the country who have sighted Russian soldiers in places as innocuous as at a Walmart in Houston and Russian troops training with American soldiers in the Victorville, CA. area.

Russians In Alaska and Tennessee

The Russians are continuing to come into the country under a bilateral agreement with FEMA, they are here and they have been here for a long time. The extra-constitutional “agreements”(that means illegal agreements), between Russia and FEMA were inked late last spring in Washington, D.C., at the fourth annual meeting of the illegally created “U.S.-Russia Bilateral Presidential Commission Working Group on Emergency Situations.” This extra-governmental organization, formed under the Obama administration, is one of almost two dozen similar “working groups” bringing together top U.S. and Russian officials. These two bodies are cooperating on everything from the drug war and agriculture to terror, science, “rule of law” (could that be code for martial law?), health, environment, energy, nuclear issues, education, culture, media, business, arms control, and more, according to the U.S. State Department. The Senate has not ratified any of the international deals, as required by the Constitution of the United States. And as such, this is an illegal agreement. However, this is not just an illegal agreement, IT CONSTITUTES TREASON AGAINST THE AMERICAN PEOPLE.

The agreement calls for Russian troops to engage in policing activities at American public events on American soil. And we are seeing the same thing at the Army base at Fort Carson, Colorado where Russian soldiers are training at the local base and are engaged in local policing activities.

According to the locals who have contacted me, the Russians walk freely in Alaskan cities in full view of the residents.

The people are afraid of these sighted Russian troops. The Russians keep to themselves and don’t interact with the locals. Since I first wrote about this, I have been contacted by people in Fairbanks, Juneau and the outlying northern areas with similar reports. Most of the people who have contacted me are too cowardly to allow me to use their names, but people like Dr. Susan Helman of Gatlinburg, TN., are not afraid.

Dr. Helman was on my talk show several weeks ago and reported on young Russians (20′s and 30′s) who live in Russian enclaves in her town and do not interact with the locals, yet they speak perfect English and unlike most immigrant groups, there are no Russian speaking stragglers. In other words, these young Russians are plants and are being pre-positioned for assignment when the time is right. Things are so bad in Helman’s town, that she sees unmarked helicopters landing on the grass adjacent to her home which borders a golf course. Recently, the golf course suspended all golf related activities. However, there is still activity at the golf course.

I have over a 100 emails from eyewitness accounts of Russian troop sightings on American soil.

On October 28, 2013, I was contacted by reporter and producer, Victoria Mashkova, from the Voice of Russia (formerly Radio Moscow), and was invited on to their radio program to discuss the possibility of martial law coming to America. I have to admit I was taken back that the Russians would choose me, a relative unknown, to come on their international broadcast, airing in 39 countries, to discuss such a serious topic. I accepted and in the early morning hours I participated in a 10 minute interview.

Inside of the United States today, there are untold numbers of Russian troops for which I have received reports of sightings from first-hand witnesses whom I personally know and will detail a little bit later in this article. It is quite apparent that Russian troops will be used for gun confiscation, American citizen detention and Lord knows what else when martial law is finally declared. The Russians have a vested interest to conceal their true intentions related to why they have thousands of troops inside of our country. As I lay out the events connected to the interview it will become increasingly clear that I was invited onto Voice Of Russia to completely discredit the notion that America is going into martial law. Their website and subsequent introduction minimized my professional credentials. In the aftermath of the interview, the Russians referred to me as an extremist and did not list one item of proof I offered for my claims of martial law. And when I exposed the duplicity of the Russians, they subsequently wrote to me and admitted that they “don’t propagandize all of their reports”!

The clear intent of the Russians was to discredit my pending martial law claims as it related to the Russians and their impending participation.

This is a “countdown to Armageddon” scenario. The Putin chess pieces are in place and are only awaiting the orders to begin to enforce martial law, incarcerate dissidents and seize guns. Of course, there will be sheep who will deny that any of this will happen and continue to champion Putin as the savior of the free world. The wisdom of this approach should be self-evident. I fear we do not have long to wait to witness the unfolding of this long anticipated plot.

On April 21, 2014, I will be appearing with Steve Quayle on the Hagmann and Hagmann report to expose this broad-based agenda along with much more.