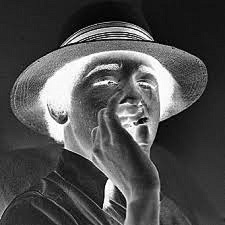 Fresh on the heels of Senate Majority Leader Harry Reid’s having branded those Americans as “domestic terrorists” who stood alongside the Cliven Bundy family in Nevada against the BLM’s heavily armed Gestapo, now we have the Obama administrations Homeland Security and Counterterrorism adviser Lisa Monaco coming out urging parents that “confrontational behavior” in their children could be portents of their becoming terrorists. I guess being an angst ridden teen just isn’t what it use to be in America, but then is there anything left that’s what it use to be in America since Barack Hussein Obama? All I know is if teen angst would have been indicative of terrorism back during the once upon a time days of my youth, they would have shipped me off to Gitmo long before I had turned 18.

During a speech she had given earlier in the week at the Harvard University’s John F. Kennedy School of Government, Monaco went on to discuss the following warning signs.

“Parents might see sudden personality changes in their children at home – becoming confrontational. Religious leaders might notice unexpected clashes over ideological differences. Teachers might hear a student expressing an interest in traveling to a conflict zone overseas. Or friends might notice a new interest in watching or sharing violent material.

The government is rarely in position to observe these early signals, so we need to do more to help communities understand the warning signs, and then work together to intervene before an incident can occur.”

Communities need to work together to understand the warning signs so we can intervene. That takes me back to the heydays of former-Homeland Security Secretary Janet Napolitano’s “If you see something say something” campaign motto, as under her robust stewardship the DHS was labeling white middle class Americans as likely terror suspects.

So if I’m understanding this correctly we’re being told to observe our kids for aberrant behavior as now it can be a sign of their morphing into terrorists. This coming from an administration under whom the military ignored for SIX YEARS the disturbing and “confrontational” behavior of one Army Major Nadal Hasan. Even though Hasan’s conduct had troubled both his colleagues and superiors during that entire time. Oh but I forgot. That was work related stress which Hasan had built up during that SIX YEARS leading up to his finally snapping and in a fit of “work place violence” murdering 13 people and wounding over 30 others in cold blood. While also shouting,”Allahu Akbar!”, at the same time as he was gunning people down by the way. 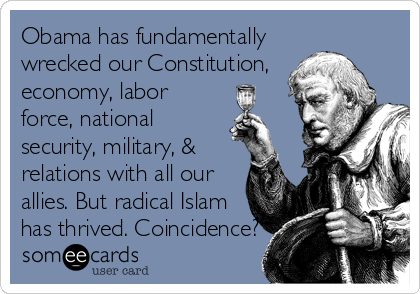 I guess you either need to be here in the United States illegally from south of the border or from the Middle East after slaughtering Christians to be regarded favorably by this President and his subversionary political Party of Democratic fascists.

Either way, I just know I’m sick of these lunatics running our Country.