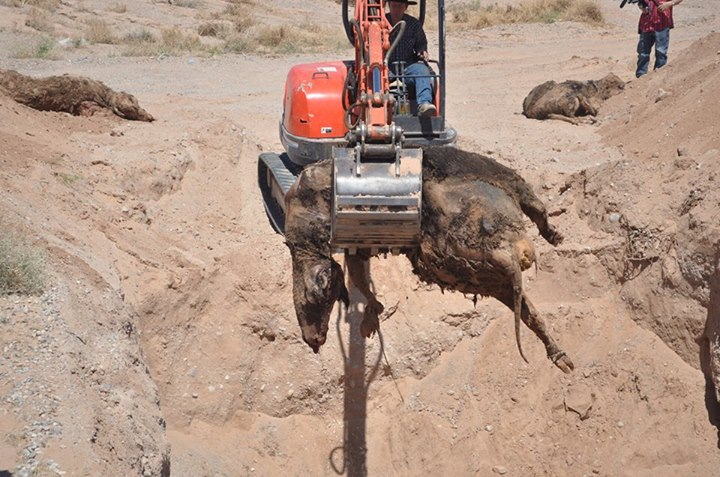 As many of us were allowed to enjoy a peaceful holiday weekend with our families, the Bundy’s were still busy trying to clean up the damage left in the wake of the standoff. This weekend a shocking report came of more of the Bundy Cattle found dead and placed into mass graves at the hands of the BLM (Bureau of Land Management).

Here are just a couple of photos posted over the weekend by the Bundy Ranch Facebook Page.

Does this look like the BLM cared anything about the treatment of those cattle? Previously we had reported that many of the Bundy cattle were found shot and laying about the land.

The Bundy Family posted this status on their Facebook page over the weekend:

In all honesty I never remember reading that the BLM would be shooting cattle. The only thing I have read/heard said they would be moving them and auctioning them off.

Understand that this is beyond the cattle and it is overall about freedom but this is one of many incidents where the corrupt and unjust government is taking away OUR freedom little by little.

The running to death of cattle and the shooting of cattle to allegedly save the tortoise is justified?

We The People need to realize that this is unjust.

We ask that you do not attack someone personally but we ask that you educate them! Lots of people are confused and don’t know the full story, if you know why we are standing for this then educate others, spread the word, and We The People will right this wrong together.

I don’t know how anyone could look at those pictures and not understand that this is personal. The Bureau of Land Management did not care about those cows. If you still have doubts you might look at this aerial photo taken about a week and a half ago. 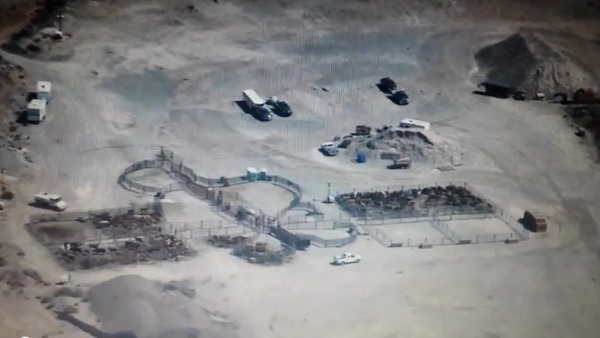 As you can see from the image, these cattle were being forced into very small holding pens. God only knows how much they were fed and watered. There are reports of helicopters being used to “bring in the herd” and cattle dying of heart attacks on the range. It is interesting to note that shortly after this photo was taken, a “no fly zone” was declared above the area.

Despite the beliefs of some, including Bundy’s Daughter, I don’t really think the BLM cared if these cows ever made it to auction. Or, if they did, they didn’t care what kind of price they might bring.

This was never about trying to recoup any investment or about administering justice. It was simply about putting Cliven Bundy out of business so that “progress” could take over.