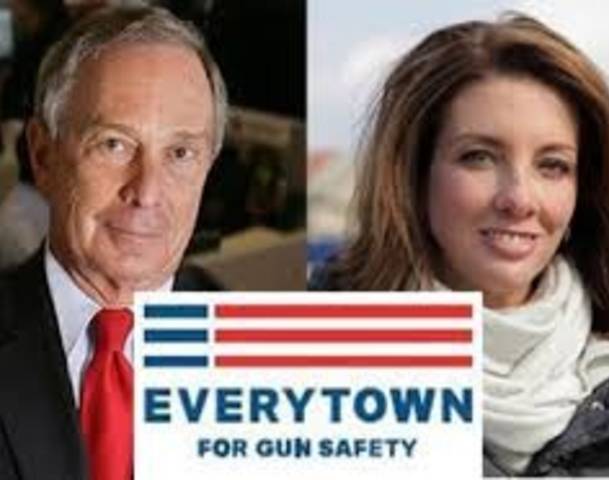 Bloomberg stated that he plans to use the money to merge his Mayors Against Illegal Guns (criminals will always have guns) and Moms Demand Action for Gun Sense in America into a new group called “Every Town for Gun Safety.”

So let’s go to the not-too-distant past and do a little history lesson on the mayors Bloomberg means to be part of this merger before taking one more step.

We learned in the past about the criminal acts of anti-gun mayors Bloomberg is talking about. These anti-gun mayors are criminals themselves, guilty as charged, within their own ranks. They are guilty of crimes such as tax evasion, extortion, accepting bribes, child pornography, trademark counterfeiting and perjury. Also, one mayor (who apparently thought he was above the law) was convicted of assaulting a police officer. And these are the mayors that were caught.

The crimes these anti-gun mayors are convicted of suggest they are public enemies rather than public servants; and it is people of this criminal sort that expect the public to trust them.

They allow crime to be promoted through Hollywood, and when the crime is committed, the corrupt politicians are there in hopes of grabbing the guns away. This is exactly how criminals in government operate. They demonize the gun, not the criminal.

Since criminal politicians refuse to look at history (which in the present can be our greatest teacher), it is very clear that gun-banners know exactly what they are attempting to do – and that is to put the Second Amendment in the cross-hairs.

Bloomberg said, “This is not a battle of dollars, this is a battle for the hearts and minds of America so that we can protect our children, protect innocent people.”

He states this as government sanctions murder in the womb and Hollywood promotes gun violence. Government’s legitimate purpose, friends, is to “restrain men from sin,” or to restrain men from breaking God’s moral Law (1 John 3:4), not to encourage and educate them how to commit crime.

Bloomberg goes on: “We’re the only civilized country in the world that has this problem.”

He also argued that he was not pushing for gun control, but rather keeping guns away from minors, criminals and the mentally ill. Keep in mind that criminals will always have guns, and he is equating the mentally ill to whoever this government feels is inadequate to bear arms: namely, veterans, patriots and anyone who disagrees with this administration’s ideologies.

Friends, I ask, who does this guy think he is kidding?

It was none other than the notorious mass murderer Adolf Hitler who said, “It is not the truth that matters, but the victory.” This, of course, was prior to killing 6 million of his people that stood as his political opposition in Germany, and before murdering 6 million of those whom he felt did not have a right to live.

The battle for gun control laws attempts to set emotion and passion against logic and reason. History shows that when these two contest against one another (that is why they are using moms), logic often loses. So, as long as the American people accept the rhetoric of the Bloombergs of the world, you can expect more meaningless and harmful gun legislation until, at length, America is disarmed.

On the other hand, you can deal lawfully with these corrupt individuals. Corruption in some people is often not the kind you can remove; it is the type you have to stop! And this is a perfect of example of those who need to be stopped.

Does government have some special immunity when it comes to the laws of our constitutional republic (Article 4, Section 4)? Do they have a right to dishonor the position in which they have been entrusted? You decide.