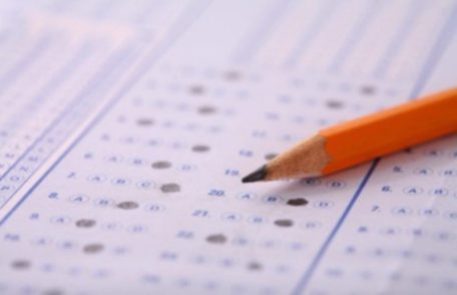 Common Core and the progressive liberal agenda being pushed on our school children in order to indoctrinate them into accepting a totalitarian government is a disease worse than any plague that has ever descended upon mankind. The Common Core and standardized testing system does nothing to ensure that our children are learning anything as time that should be spent learning is spent teaching the children to pass the test. Another issue with Common Core and standardized testing is the gathering of data by the government concerning our children. This, at best, should raise privacy concerns among parents.

If parents, concerned about privacy because of data gathering and Common Core period, do not want their children to participate in this data gathering ruse, do parents have the right to opt out their children? Of course they do. But, as one Marietta, Georgia family discovered, opting your children out of the standardized testing can result in your children being barred from school grounds. The Finneys had privacy concerns about the standardized testing conducted by the government run schools and did not want their three children – “in third grade, fifth grade and ninth grade” – participating in the testing. They attempted to opt their children out of the tests, but school administrators were unsure if they were allowed legally to do so. In response, the school district requested the police prohibit these students from “setting foot on school grounds” when the Finney’s arrived at West Side Elementary School. The police officer indicated that if the children were not going to take the tests, their presence on school grounds constituted a “kind of trespass thing.” If this wasn’t bad enough, the Finneys received an email from the administrators stating their children would not be allowed to attend school on the standardized testing make-up days.

The Finneys are opposed to standardized testing because of the amount of data the government is collecting on their children and the stress placed on the children because of over-testing. They believe the school system is violating their 14th Amendment rights by attempting to force their children to participate in the testing. According to Mary Finney, “Now with Common Core, there is such a large amount of information and data collection on the children…. but, they want to track our kids from kindergarten through college.”

West Side Principal, Karen Smits, informed the Finneys there was not an opt-out option for these standardized tests because they are mandated by state law. In an email response to the Finneys, Smits wrote, “I have forwarded your email to our Superintendent, Dr. Emily Lembeck, and Associate Superintendent Dayton Hibbs for further guidance. Someone will be in touch soon.”

The Finneys, in a return email to Smits, clarified they were not opting out but refusing to have their children participate in CRCT standardized testing.

The Finneys even tried to admit their children to school after the tests were completed; however, the principal, Karen Smits, barred them from doing so saying that make-up testing would be occurring in the afternoon for those children who missed the morning testing session. Even attempting to meet with school officials turned out to be futile for the Finneys. Associate Superintendent Dayton Hibbs canceled the meeting the Finneys had scheduled with Smits a little over two hours after Smits saying she would meet with them.

A school board chairman, Randy Weiner, indicated that he would not force kids to take these tests; however, Weiner was less than sympathetic to the position of the parents.

Weiner said in a statement, “Generally speaking, if it were my kids who simply were stressed out about taking the CRCT, I would tell them to get with the program and that they would be taking the CRCT today.”

[These parents’] sentiments are shared by a growing number of parents around the country, who increasingly see standardized testing as a costly bureaucratic tool that allows government to gather personal information about kids. Criticisms of the tests are closely linked to criticisms of Common Core, the new educational curriculum standards that are fiercely opposed by both conservative grassroots and teachers unions.

It seems from Mr. Weiner’s comments that he has missed the entire point of the Finneys’ position. The Finneys are concerned about unauthorized data gathering on their children, a violation of their 14th Amendment rights by the school system in forcing their children to participate in standardized testing and the concern regarding the over-testing of school children producing unwarranted stress. Mr. Weiner pulled the issue that best suited him in order to issue a response. Mr. Weiner showed his true self at being an “Oscar Meyer.”

If there ever was a time to pull children out of the public school system and either home-school them or place them in private school, this would be it. Taxpayers, who support the government schools through a school tax included in their Georgia county and/or city property tax yearly bill, are having their children barred from accessing school grounds by the administrators thereby missing a partial day of learning, or an entire day of learning, because of refusing to have their children participate in standardized testing. Does the school system think they “own” the children that attend school in their district? Apparently, they do, which is in essence saying that children are property of the state and parents have no authority to determine the course of education regarding their own children.

This is a fine example of “do what the master says or face the consequences.” In other words, it’s a form of slavery. It’s also a form of coercion to get the parents to relinquish their parental rights when it comes to the education of their children, whether perpetrated by the federal, state or local government.

As citizens, it is time to take a stand against government interference in parental decisions regarding our children, especially when the government is gathering data on our children. It has been shown that government will abuse any information about anyone given half the chance – the rationales given for any data collection is never altruistic, but only to cover the true nature of its use. Its use is to exercise increased control over the citizenry.

Is testing essential to gauge if children are being educated? Yes. Isn’t that being done by the teacher of the subject? It was in the days of yesteryear schools. There were exams given by the teacher to determine if the students were learning the subject matter, along with mid-term and final exams. Isn’t a teacher a better judge of whether a student is learning the subject matter than a “standardized” test? I would believe so as that teacher is observing the student on a daily basis and identifying problem learning areas that can be addressed by additional “teaching.”

But, with government interference, children are now only being “indoctrinated” into ideologies and education consists of “learning to pass the standardized test.” The art of teaching to actually educate our children properly is being or has been erased. Education is not just about learning subject matter and passing standardized tests. Teaching and education is about children developing reasoning skills, critical thinking skills and developing their own pattern of learning best suited to their own talents. True educators recognize this and should rail against indoctrination in order to get back to the true intent of teaching.

If you would like to contact the Marietta City School System to let them know your opinion, here is the address: