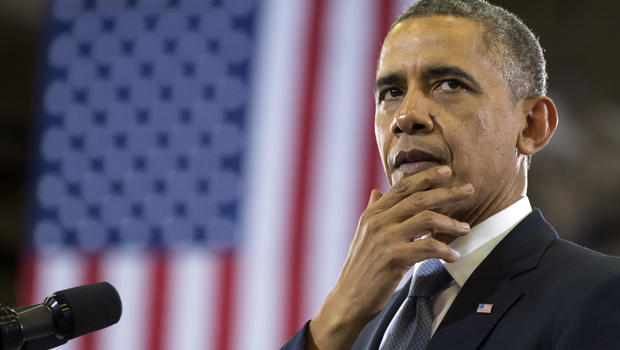 Illinois is broke. Its public pension plans are the most troubled in the nation.

Illinois passed massive “temporary” tax hikes to fix the pension problem, but that did not make a dent in  the problem.

Nonetheless, ideas to waste more taxpayer money are always on the table. Here’s a recent example.

An Illinois House Committee wants taxpayers to pay $100 million for a Barack Obama library. Somehow, House Speaker Michael Madigan thinks this is an appropriate use of funds despite the state’s more than $100 billion pension crisis and $6.6 billion in unpaid bills.

The Barack Obama Foundation, tasked with planning the development of Obama’s presidential library, has yet to determine the site of the future library. In fact, the foundation’s board of directors is receiving proposals through June 16 and does not intend to announce its final decision until 2015. The Illinois House Committee’s $100 million proposal will now go to the full House.

On its website, the Barack Obama Foundation defines its mission as developing a presidential library that “reflects President Obama’s values and priorities throughout his career in public service.” Interestingly enough, the first value listed is “expanding economic opportunity.” But more than 600,000 Illinoisans woke up today and didn’t have a job to go to, and thousands more face underemployment. To them and many others, it’s clear the president has fallen short on accomplishing his goal of “expanding economic opportunity” to the Land of Lincoln, where he launched his political career as a state senator 18 years ago.

Obama’s staff expects the library to cost $500 million or more. And the costs won’t stop there. The day-to-day operations and maintenance of the United States’ 13 presidential libraries cost taxpayers $75 million in fiscal year 2013 alone.

This figure strikes an interesting contrast. Illinois politicians, who are demanding that we extend the 2011 tax hike so that “draconian” spending cuts in public and human services do not go into effect – are attempting to subsidize a monument in dedication to the legacy of the most prolific fundraiser in history – on the backs of poor and middle-class families in Illinois.

Also this year, progressives argued for a blank check proposal for more tax hikes. For details, please see Picking-Your-Pocket Numbers: How Much More Will You Pay?

Now the legislature wants to waste $100 million for a Barack Obama Library.

In Illinois, the madness never stops.