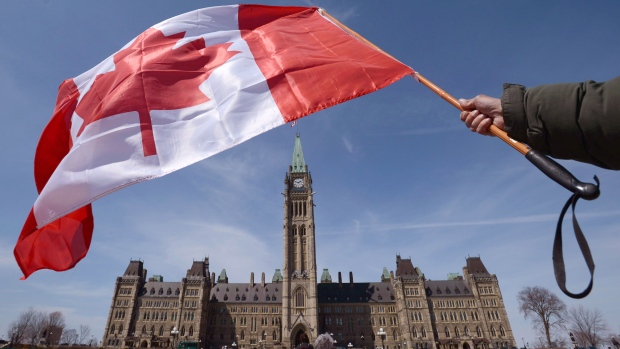 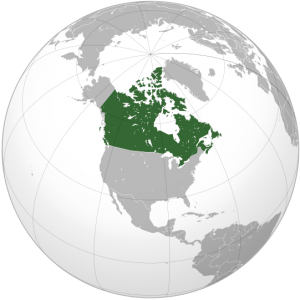 trends continue, a whole bunch of other countries are going to start passing us too.  The era of the “great U.S. middle class” is rapidly coming to a bitter end.

In recent years, I have been up to Canada frequently, and I am always amazed at how much nicer things are up there.  The stores and streets are cleaner, the people are more polite and it seems like almost everyone that wants to work has a job.

After-tax middle-class incomes in Canada — substantially behind in 2000 — now appear to be higher than in the United States. The poor in much of Europe earn more than poor Americans.

And things are particularly dire for those in the U.S. on the low end of the scale…

The struggles of the poor in the United States are even starker than those of the middle class. A family at the 20th percentile of the income distribution in this country makes significantly less money than a similar family in Canada, Sweden, Norway, Finland or the Netherlands. Thirty-five years ago, the reverse was true.

Even while our politicians and the media continue to proclaim that everything is “just fine”, the U.S. middle class continues to slide toward oblivion.

The value of our labor is declining with each passing day, and this has forced millions upon millions of very qualified Americans to take whatever they can get.  As NBC News recently noted, this is a big reason why the temp industry has been booming…

For Americans who can’t find jobs, the booming demand for temp workers has been a path out of unemployment, but now many fear it’s a dead-end route.

With full-time work hard to find, these workers have built temping into a de facto career, minus vacation, sick days or insurance. The assignments might be temporary — a few months here, a year there — but labor economists warn that companies’ growing hunger for a workforce they can switch on and off could do permanent damage to these workers’ career trajectories and retirement plans.

“It seems to be the new norm in the working world,” said Kelly Sibla, 54. The computer systems engineer has been looking for a full-time job for four years now, but the Amherst, Ohio, resident said she has to take whatever she can find.

It has been estimated that one out of every ten jobs is now filled by a temp agency.  I have worked for temp agencies myself in the past.  Big companies like the idea of having “disposable workers”, and this is a trend that is likely to only grow in the years ahead.

At this point, nine out of the top ten occupations in the United States pay an average wage of less than $35,000 a year.

That is absolutely stunning.

These days most families are barely scraping by, and they don’t have much extra money to go shopping with.

This is a big reason for the “retail apocalypse” that we are now witnessing.  This week we learned that retail stores in the United States are closing at the fastest pace that we have seen since the collapse of Lehman Brothers.  But you won’t hear much about that on the mainstream news.

You can find lots of “space available” signs and empty buildings in formerly middle class neighborhoods all over the country.  For example, one of my readers recently shot the following YouTube video in Scottsdale, Arizona.  As you can see, empty commercial buildings are all over the place…

As the middle class shrinks, more families are being forced to take in family members that can’t find decent work.  I have written previously about the huge rise in the number of young adults that are moving back in with their parents.  But this is not just happening to young people.  As the Los Angeles Times recently detailed, the number of Americans 50 and older that are moving in with their parents has absolutely soared in recent years…

For seven years through 2012, the number of Californians aged 50 to 64 who live in their parents’ homes swelled 67.6% to about 194,000, according to the UCLA Center for Health Policy Research and the Insight Center for Community Economic Development.

The jump is almost exclusively the result of financial hardship caused by the recession rather than for other reasons, such as the need to care for aging parents, said Steven P. Wallace, a UCLA professor of public health who crunched the data.

“The numbers are pretty amazing,” Wallace said. “It’s an age group that you normally think of as pretty financially stable. They’re mid-career. They may be thinking ahead toward retirement. They’ve got a nest egg going. And then all of a sudden you see this huge push back into their parents’ homes.”

The U.S. economy is slowly but steadily falling apart, and more people fall out of the middle class every single day.

A recent Gallup survey found that 14 percent of all Americans would experience “significant financial hardship” within one week of a job loss.

An additional 29 percent of all Americans would experience “significant financial hardship” within one month of a job loss.

That means that 43 percent of the entire country is living right on the edge.

It is no wonder why only about 30 percent of all Americans believe that we are moving in the right direction as a nation.

Most people know deep down that something is seriously wrong.  But most people can’t explain exactly what that is or how to fix it.

Meanwhile, the politicians and the media keep telling us that if we just keep doing the same old things that everything will work out okay somehow.  The blind are leading the blind, and we are rapidly marching toward disaster.