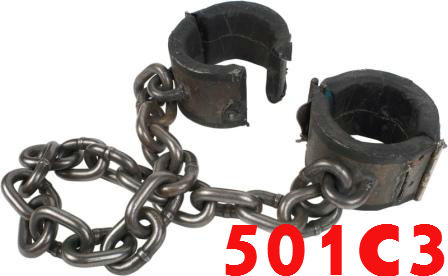 The times we live in are perilous. Our way of life is under direct attack and Armageddon could be thrust upon us at any time. There, I do not have the time mince words and I will be clear, there is an overwhelming chance that your pastor is not your friend.

I recently condemned pastors who support and lead churches who “enjoy” the 501-C-3 tax exempt status offered by the IRS. This prompted Pastor Greg Tucker to publicly criticize my stance on this issue and he demanded to know what pastors I was attacking. This article will make it clear who I am attacking and why the vast majority of you who are reading these words need to leave your church if you truly value the salvation of your soul.

Pastor Tucker has seen fit to take me to task for my comments regarding my advice for all Christian believers should leave their church if that church is a tax-exempt 501-C-3.  Pastor Tucker said “…Not sure which pastors you are implicating, but I would suggest not including ALL pastors in your expression as you have in this article”.  Pastor Tucker, let’s be clear. I am implicating all pastor’s of 501-C-3 churches. Are you such a pastor who is endangering the salvation of your flock?

“Point of emphasis…Not sure which pastors you are implicating, but I would suggest not including ALL pastors in your expression as you have in this article. This is a wrongheaded assumption. This pastor for one has spent the last two years bringing my leaders congregation along in developing a watchful eye of what I see coming; occupying (words of Jesus) our space; time in the way He leads us to do so. So to lump me as a pastor in wrong headed assumptions like you have here is a big mistake. For me it invalidates your message. Makes me raise the question, “What other wrong headed assumptions are you building your argument on?” And I’ve been an avid reader of your posts for some time now–but will reconsider this, maybe I was the one making a wrong-headed assumption myself about you; your message. Disheartening to say the least–not all pastors; churches fit the picture you paint of us; you should acknowledge such. Tactics like these are nothing but fear peddling for the sake of instilling fear as opposed to standing your ground in the strength, power; might in Christ Jesus.”

Romans 13 Does Not Equate to the Divine Right of Kings Does your pastor command you to follow the will of the government because it is your Christian duty to do so under Romans 13?

The modern interpretation of Romans 13 is pure blasphemy. This scripture has been morphed into a doctrine espousing the “Divine Right of Kings” in which God has somehow chosen a king to ruthlessly rule over a people and it is incumbent upon the people to accept their “God-given fate”,  The flock are commanded to “…submit himself to the governing authorities, for there is no authority except that which God has established.”  This false interpretation is nothing but a divine coronation of a ruthless, self-serving government and Christians are expected to capitulate and honor the same kind of thievery, lawlessness and murder which inspired Jesus to expel the money changers from the Temple.

What Kind of God Would Do the Following?

As I contemplate what many of the churches will be like as they embrace a perverted interpretation of Romans 13, I am left wondering what kind of God would condone the horrific abuses being perpetrated by the Obama administration? What kind of God would command its religious leaders to simply ignore the American Holocaust which has witnessed the murder of over 50 million American babies, since Roe v. Wade, in 1973? What kind of God would not have its clergy and its followers fail to condemn the bankster controlled wars of American imperialism which have resulted in the unnecessary deaths of millions of human beings? What kind of God would fail to command his clergy to not speak out and to condemn the actions of the criminal money changers on Wall Street, who inspired only by the love of money, continue their heinous assaults upon humanity in the form of unlabeled poisonous GMO’s, the theft of solvent home mortgages by the mega banks, and the secret detentions and the murder of American citizens under the NDAA. What kind of God would order his followers to remain silent as the bankster controlled government plans to commence a world war starting with Ukraine in order to support the preservation of the Petrodollar which will result in the potential death of billions of human beings?

In actuality, no God of the Bible would ever command his followers to both enable and to serve the evil which permeates our government. For any church that encourages complete obedience to a corrupt government has taken a big step towards accepting the Mark of the Beast. This is a very dangerous precedent, and this could potentially imperil the salvation of millions if Christians allow this false doctrine to expand across our nation’s churches. To Pastor Greg Tucker, in answer to your question, I condemn all purveyors of this false doctrine which is a perversion of the Bible.

Many of your 501-C-3 pastors have gone so far as to put on the uniform of the enemy. The Clergy Response Team falls under the umbrella series of programs known as National Voluntary Organizations Active in Disaster (NOVAD) which is a non-profit, member organization which shares knowledge and resources throughout a disaster. The organization helps to prepare, respond, recover and to mitigate the damage caused by some unknown disaster presumably which lies in the future of humanity.

Amazingly, NOVAD claims to be a faith-based coalition which is structured as a non-governmental organization and operates on a national scale and is supported by tax dollars funneled to DHS.

Instantly, Bible believing Christians should smell a rat. Since when, in the modern era, has the federal government ever sponsored organized religion? The answer is not since well before the advent of the atheist activist, Madalyn Murray O’Hair, who was successful in banning prayer in the public schools in 1963. Then why would the government suddenly fund and support a “faith-based organization” on a national scale?  The simple answer is that Homeland Security is seeking to control our churches and ministers, before the impending train wreck comes to fruition inside of America. DHS desperately is seeking to control all Christians through the perversion of Romans 13 and this is one of two cornerstones in this movement designed to control Christian leaders. And this government foothold into the control of our churches begins with accepting the 501-C-3 tax exempt status which gives the government license to control the message and to ultimately pervert the word of God.

Pastor Tucker, I condemn all men of the cloth who would lead their believers astray.

What Is the Root of All Evil?

God-fearing Christians must wonder why so many of our religious leaders have forsaken the religious roots of their obedience to the word of God and espouse an unquestioning faith in government. The answer is surprisingly simple as every Christian knows that the root of all evil is the love of money. If your church is a 501(c)(3) organization, then your church has a significant financial motivation to not truthfully interpret the true message of the Bible. The tax exempt status of being a 501(c)(3) organization is the other cornerstone of this shift away from allegiance to God and towards worshiping our new Savior, the federal government.

Combine the 501 (c)(3) financial motivation with the DHS inspired NOVAD directive for clergy to remind their flocks of their Christian duty to obey their government under any and all conditions, we are witnessing the neutering of our most precious institution and the ultimate salvation of millions could hang in the balance.

Is your church a 501 (c)(3)? If it is, then realize that your fellow worshipers likely have a problem when it comes to worshiping in a church where the word of God reigns supreme against all else.

The proof is in the pulpit. Does your religious leader teach from the Bible? Does he/she apply the lessons of the Bible to daily living and does not shy away from controversy when the actions of government violate the laws of God? Does your church renounce evil in all forms? Does your clergy encourage their congregations to oppose evil, by being faithful to the word of God in all areas? Does your church organize its followers to carry the word and the will of God to society as a whole in an effort to save the misled? Does your pastor denounce abortion, war, thievery, murder and all behaviors which violate the Ten Commandments? If not, it would be prudent to find a church in which the word of God is honored and unquestionably supersedes the word of government when the two conflict. And if you cannot find such a church, then you can always begin a small Bible study program with a small group of believers.

Is Opposition to Tyranny Obedience to God?

There is clearly a time when Christians should disobey civil authority. Acts 5:27-29 states that “Having brought the apostles, they made them appear before the Sanhedrin to be questioned by the high priest. We gave you strict orders not to teach in this Name,’ he said. ‘Yet you have filled Jerusalem with your teaching and are determined to make us guilty of this man’s blood.’ Peter and the other apostles replied: ‘We must obey God rather than men!’ Could it be more clear that as long as the law of the land does not contradict the law of God, Christians are commanded to obey the government. However, if  the law of the government contradicts God’s word, Christians are commanded to disobey the government and obey God’s law.

Today’s religious leaders who bow down to the holy temple of Homeland Security are bought and paid for at a very cheap price. What does a church gain by accepting a 501 (c)(3) tax exemption? Ten Percent? Twenty Percent off from its tax obligation? This makes the thirty pieces of silver that Judas took to betray his Lord, look like a good deal. Compromised pastors should take warning of Judas’s ultimate fate.

If your church does not pass the litmus test mentioned here, then find another church. If you cannot find another church where the laws God reign supreme over the laws of man, then start your own Bible home study group with a small number of believers. The latter is the safest way to worship God without governmental interference.

Mark 8:39 clearly states “What will it profit a man if he gains the whole world and forfeits his soul?” Mark possessed the courage to pay a price for his faithfulness. This kind of faithfulness should be embraced by all who claim lead our congregations in the name of God.

All Pastor’s who lead 501-C-3 churches, need to fall to their knees and beg for God’s forgiveness for leading his flock astray through espousing the false doctrine of government over the King of kings. According to Yahoo Answers, nearly all churches are a 501-C-3 tax exempt status.

And finally, to Pastor Greg Tucker, I have “Googled” your background. Forgive me sir, but you should not throw stones when you live in a glass house.