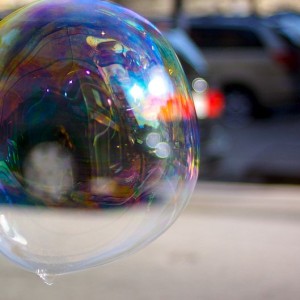 The similarities between 2007 and 2014 continue to pile up.  As you are about to see, U.S. home sales fell dramatically throughout 2007 even as the mainstream media, our politicians and Federal Reserve Chairman Ben Bernanke promised us that everything was going to be just fine and that we definitely were not going to experience a recession.  Of course we remember precisely what followed.  It was the worst economic crisis since the days of the Great Depression.  And you know what they say – if we do not learn from history we 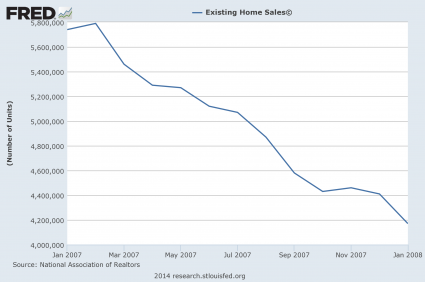 Now look at this chart which shows what has happened to existing home sales in the United States in recent months.  If you compare the two charts, you will see that the numbers are eerily similar… 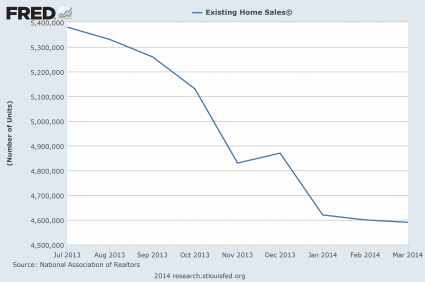 New home sales are also following a similar pattern.  In fact, we just learned that new home sales have collapsed to an 8 month low…

Once again, this is so similar to what we witnessed back in 2007.  The following is a chart that shows how new home sales declined dramatically throughout that year… 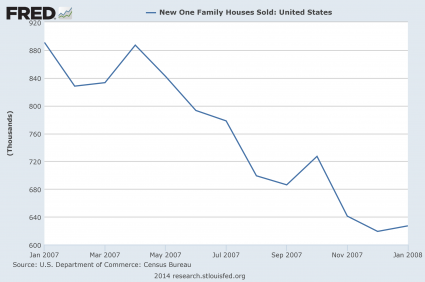 And this chart shows what has happened to new homes sales during the past several months.  Sadly, we have never even gotten close to returning to the level that we were at back in 2007.  But even the modest “recovery” that we have experienced is now quickly unraveling… 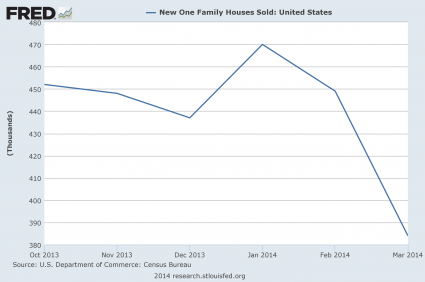 If history does repeat, then what we are witnessing right now is a very troubling sign for the months to come.  As you can see from this chart, new home sales usually start going down before a recession begins.

And don’t expect these housing numbers to rebound any time soon.  The demand for mortgages has dropped through the floor.  Just check out the following excerpt from a recent article by Michael Lombardi…

One of the key indicators I follow in respect to the state of the housing market is mortgage originations. This data gives me an idea about demand for homes, as rising demand for mortgages means more people are buying homes. And as demand increases, prices should be increasing.

But the opposite is happening…

It is almost as if we are watching a replay of 2007 all over again, and yet nobody is talking about this.

Everyone wants to believe that this time will be different.

The human capacity for self-delusion is absolutely amazing.

There are a lot of other similarities between 2007 and today as well.

Just the other day, I noted that retail stores are closing in the United States at the fastest pace that we have seen since the collapse of Lehman Brothers.

Back in 2007, we saw margin debt on Wall Street spike dramatically and help fuel a remarkable run in the stock market.  Just check out the chart in this article.  But that spike in margin debt also made the eventual stock market collapse much worse than it had to be.

And just like 2007, consumer credit is totally out of control.  As I noted in one recent article, during the fourth quarter of 2013 we witnessed the biggest increase in consumer debt in the U.S. that we have seen since 2007.  Total consumer credit in the U.S. has risen by 22 percent over the past three years, and 56 percent of all Americans have “subprime credit” at this point.

None of the problems that caused the last financial crisis have been fixed.  In fact, they have all gotten worse.  The total amount of debt in the world has grown by more than 40 percent since 2007, the too big to fail banks have gotten 37 percent larger, and the colossal derivatives bubble has spiraled so far out of control that the only thing left to do is to watch the spectacular crash landing that is inevitably coming.

For a long time, I have been convinced that this two year time period is going to represent a major “turning point” for America.