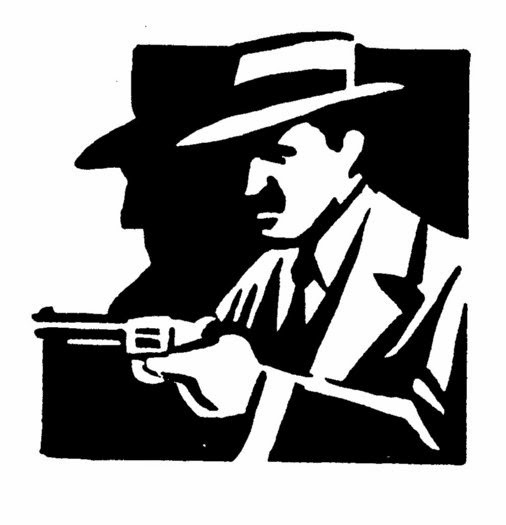 Chicago rides on the coattails of a created solution – a quick, crackdown on gun crime via a new special federal unit to deal with violence after this past Easter weekend’s shooting spree which injured at least 35 people and killed 9, including children as young as 11 years old. This is not an in-depth analysis of information of the new measure – perhaps you, the reader will catch more than meets the eye? A few important points arise upon the news:1) The date the unit was launched. Very important.2) What the unit actually is, and its budget. 3) Anticipated blame on guns themselves and some major statistical sleight-of-hand.So, elephant in the room… What is to blame for the recent increased shootings in the city which boasts the strictest gun control laws, yet surpassed New York City as having the highest number of murders in the U.S. in 2012 (despite having only one-third of the population)?GUNS. That’s right, we need to crack down…harder?

The problem according to Chicago Police Superintendent Garry McCarthy, is:

“We are drinking from a fire hose. More guns than any city in the country every single year and it can be dealt with, it can be dealt with easily,” he said, calling for laws that require gun owners to report the loss, theft or transfer of all firearms, a prime way in which criminals get their hands on guns. He also called for tough prosecution of people caught with guns and “real jail time” for caught with illegal fire arms.

“We need help with the gun laws, because the national averages for gun violence, we are way above it as far as murder by gunshot goes,” he said. “So until such time as we stem the flow of those guns coming into the city and people start going to jail for it, we can make progress, which we’ve made, but we’re not going to fix this problem without some help from Springfield.”

The media keeps stressing these dramatic dips and steep gun violence crimes since McCarthy became Police Superintendent in 2011 when there was more “crackdown.” But is that really so?Firstly, a drop in a hundred dead and a few hundred shootings in one year (after becoming #1 in America for murder body count)  is not exactly a boast-worthy dip. Even McCarthy doesn’t ostensibly soak up the accolades, but calls it progress; and after the shooting said they would “keep doing what we are doing, which is having an impact on what’s happening.” Really? What is that? Keep reading.Yet, a certain presentation of the numbers using percentages and averages made the decline look miraculous. Secondly, if you actually try to dig for gun assault crimes and/or deaths in Chicago by year (not just homicides) you will run into a couple snags.My own time constraints and frustrations hindered my finding specific Chicago crime statistics. Meaning, just violent shootings/shooting deaths by year in Chicago (not general homicides or crime and not in a region beyond Chicago). Turns out, I’d be wrong anyway. After all, how can your statistics be accurate when the very definition of homicide was reclassified in Chicago in 2013? A special continuing report by Chicago Mag is showing why those steep declines in crime probably didn’t happen. There were even murders “airbrushed away” that were retroactively considered “death investigations.” So Chicago’s definitions of murder were blurred and are called into question.MSNBC continues,

The U.S. Attorney’s Office announced Monday that it will step up its efforts to diminish violent crime in the city, in the form of a specialized new unit staffed by more than a dozen prosecutors tasked with using federal law as a crime-fighting weapon.

“This is putting a group of talented attorneys together and telling them that their mission is to help the city and the district tamp down violent crime … and to use all the tools and strategies at their disposal that are going accomplish that mission,” Randall Samborn, spokesman for U.S. Attorney Zachary Fardon, told The Chicago Tribune.

The new unit, The Violent Crimes section, launched earlier this month and boasts 16 prosecutors on staff. The unit was formed as part of a restructuring of the U.S. Attorney’s Chicago office, which consists of 160 prosecutors and enjoys a budget of nearly $35 million. Members of the unit were pulled from the larger narcotics and gang unit.

Launched earlier this month? As in before this past Easter weekend? Yes, operations for this federal unit began April 1. How could knowledge of this horrible tragedy have preceded this unit’s formation? Oh, maybe it’s coincidental and a good thing they had some forethought. But then why are the corporate media touting that this unit was formed in the wake of “bloody Easter“? I guess this is one way to quickly have a solution ready and “step it up” a notch after a tragedy.This was just a quick perusal and compilation of some points with some questions about things that just don’t sit right.Do you have some deeper thoughts on this story or its sources? Please share them with us and our readers.It does look like an incident in Chicago is the rationale for a new federal crackdown that was preemptively created…just waiting for their perfect introduction.