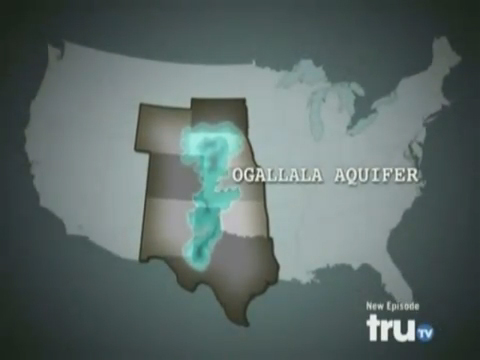 Millions of children under five die every year due to toxic germ-infest unsafe drinking water. This mean that almost four babies a minute die from a lack of water according to UN-Water’s estimations.

Such coordinated policies, according to the UN, include revising pricing practices to ensure that water and energy are sold at rates that reflect their real cost and environmental impact more accurately. Furthermore, the UN argued that the massive scope of investments needed to develop durable infrastructure requires that the private sector play a major role in supplementing public expenditure.

Essentially, the UN argues that if we do not allow the corporations to control water and price gouge the customers, that the world will continue to see massive death related to a lack of clean, usable water. In short, the UN is advocating for corporate control over all water.

America is under attack in so many ways, it is difficult to count.

Along these lines, there is presently a three pronged globalist plot designed to subjugate the people of this country. These three elements include: (1) controlling the nation’s water supplies by creating massive debt forcing governments to relinquish control over its water supplies; (2) private individuals and corporations are acquiring and hording massive amounts of water; and, (3) the Environmental Protection Agency is presently engaged in activities, on behalf of the UN’s Agenda 21 policies, to use the control of water to also control food production and eliminate private property ownership.

The Path to American Totalitarianism

If a totalitarian government desired to control the people of the United States, garrisoning the country with an army of occupation would be extremely difficult, if not impossible. The United States has 315 million people which own 300+ million plus handguns and the country occupies a good portion of a continent. These are daunting challenges to occupying the United States.

Most military strategists will tell you that it takes about one soldier for every 50 citizens to effectively garrison a country. This means that an army which would effectively garrison this country would have to be over six million strong! Even for the Chinese, this would be a difficult task. There are simpler and more efficient ways to control a country than military occupation.

How to Successfully Occupy the United States

History tells us that to successfully occupy the United States, one would be better off controlling essential life-sustaining resources instead of attempting to garrison the country. What are these essential resources?

To control a population such as the United States, one would have to control what Abraham Maslow called the essential elements for survival, namely, food, water and shelter. How best to control food, water and shelter than to reduce the diversification of ownership over these resources and history has produced an effective model to describe how to effectively control these essential elements of survival. 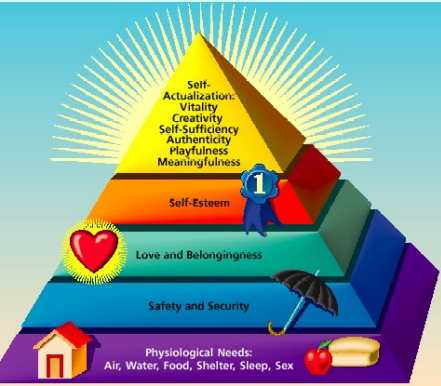 As the Roman Empire declined in influence and power, Feudalism replaced the nation-state government. The feudal lord was one of the few employers in the fourth and the fifth centuries. The feudal lords owned most of the land and nearly all the resources. Today, the specter of feudalism has shape-shifted into a global corporatocracy headed by the central bankers, the United Nations and their Agenda 21 policies. The global corporations are constructing this brand of neo-feudalism right before our eyes.

The following lays out how the banksters, through their corporations will control humanity by controlling water.

Phase One: Debt Enslavement Leads to Control of Water

Both history and current events demonstrate that the more debt a country acquires, the more at risk that country is to losing control over its infrastructure and in particular, its water supplies to private interests.

What do countries do when they are being strangled by debt? The answer is simple, they simply borrow more money. As America’s aging infrastructure falls further into disrepair, the various levels of government will be forced to borrow more money in order to keep its water supplies safe. This has been done before and the results were devastating to the country borrowing money.

The World Bank and Bechtel’s control of Bolivian water led to massive civil disobedience and violence.

Bolivia, in 2000, is the poster child for what happens to a country when it borrows money to fix its water issues. The Bolivian case in point is exemplified by the fact that the country borrowed money from the predatory World Bank in order to fix its water issues. The World Bank brought in Bechtel Corporation to fix Bolivia’s water issues, however, Bolivia predictably defaulted on its World Bank loan obligations and their water supplies went into receivership as prices skyrocketed by 400%. Furthermore the Bolivians lost the right to trap rainwater and reuse irrigation water.

The exact scheme is also underway in Lima, Peru, where the typical poor family pays private vendors up to $3 per cubic meter to collect contaminated water in buckets while the elite pay 30 cents per cubic meter for treated water that pours out of taps in their homes. Also, in India, some families spend a quarter of their income on water. Debt manipulation, for the ultimate purpose of controlling water, is not just in play in the third world. Very soon, America’s crushing debt load combined with a quickly declining water infrastructure will lead officials in the US.

Massive protests were held in Peru over the privatization of its water supplies by the UN and its corporate minions.

The derivative debt has paralyzed the economies of Europe and the United States. Debt default, followed by the banker bailouts will lead to private entities controlling our essential resources.

How long will it be until the globalists have to bail out the American economy while we continue on our trek towards unsustainable debt? When America’s economy falters, the bankers, armed with their central bank printing presses, will come to the rescue. The price for their intervention, judging by what happened in Bolivia, will be the total control over our infrastructure. Collecting rainwater and purifying stream water to drink, have already become illegal acts. As the UN has recently called for, all water will eventually be obtained through the public private partnership corporations and you can bet, as history has set the precedent, the price of water will get very expensive.

States like Colorado, Utah and Washington have already made it illegal to trap rain water and use these resources for such purposes as drinking and irrigation.

In Douglas County, Colorado, just south of metropolitan Denver, engineers conducted a study on how rainwater collection affects aquifer function and health as well as groundwater supplies. The study revealed that when private parties collect rainwater on their properties, this serves to reduce the demand on local water facilities and improves conservation efforts. Based upon this research, trapping rainwater should be encouraged. However, conservation is not the goal of modern day water management, political and personal control of the citizenry is the final objective.

The Bolivian water experience is already underway in the United States. Did we really think that this was only going to happen in Bolivia? Similar projects are underway in Manila, Pakistan and San Francisco. Yes, this is correct; Bechtel now has a contract with San Francisco’s city government to upgrade the city’s water system. Bechtel employees are working side by side with city workers in a privatization move that people-in-the-know fear will lead to an eventual take-over of San Francisco ’s water system and create a fiasco similar to the one in Bolivia. The wolf is at the door as massive debt will soon cause the US to lose control over our water. This is all part of an Agenda 21 plot to control the water of the United States in order to subjugate the people and to make a lot of money in the process.

The Inbred Relationship Among the Government, Bechtel and the United Nations

The connections between these groups can be further exemplified by the following: United Resolution 1483, from the UN Security Council in 2003, approved the occupation of Iraq by American and British forces, thus making Iraq into a de facto colony. As such, this opened door for a corporate feeding frenzy by companies such as Bechtel as they lined up to “repair” Iraq following Gulf War II. Subsequently, Bechtel received a $1.03 billion contract to oversee major reconstruction of Iraq‘s water and sewage. In spite of Bechtel’s promises, Iraqi families continue to lack access to clean water. The company made providing Southern Iraq’s potable water one of its top priorities in which Bechtel promised delivery within 60 days following the commencement of the project. Within a year, Iraqi people still were suffering through epidemics of water-borne illnesses (e.g., cholera, kidney stones and diarrhea). Bechtel failed to live up to its word, but they did make a lot of money. And some people think that the United Nations is merely a benign and benevolent organization which is essentially neutral on all areas of politics and finance. Today, the stock holders of Bechtel have the United Nations to thank, in large part, for their good fortune

Let’s be very clear. Debt is being used to control water by taking advantage of various levels of governments which are defaulting on financial obligations. This practice is in the process of being implemented in the United States. The United Nations, the World Bank and globalist corporations (e.g. Bechtel) are waiting in the wings to subjugate our people as our crushing debt will undoubtedly open this door.

Conquering America Through the Control of Water

If this were the sole extent of our water challenges, our collective existence would be imperiled, but it gets worse. We now know that when the globalists invade a country, they do so on multiple fronts. When members of a community cannot afford or obtain drinking water, where will people have to go to obtain these resources…?  Please allow me to give you a hint.